Why do dogs eat mud? 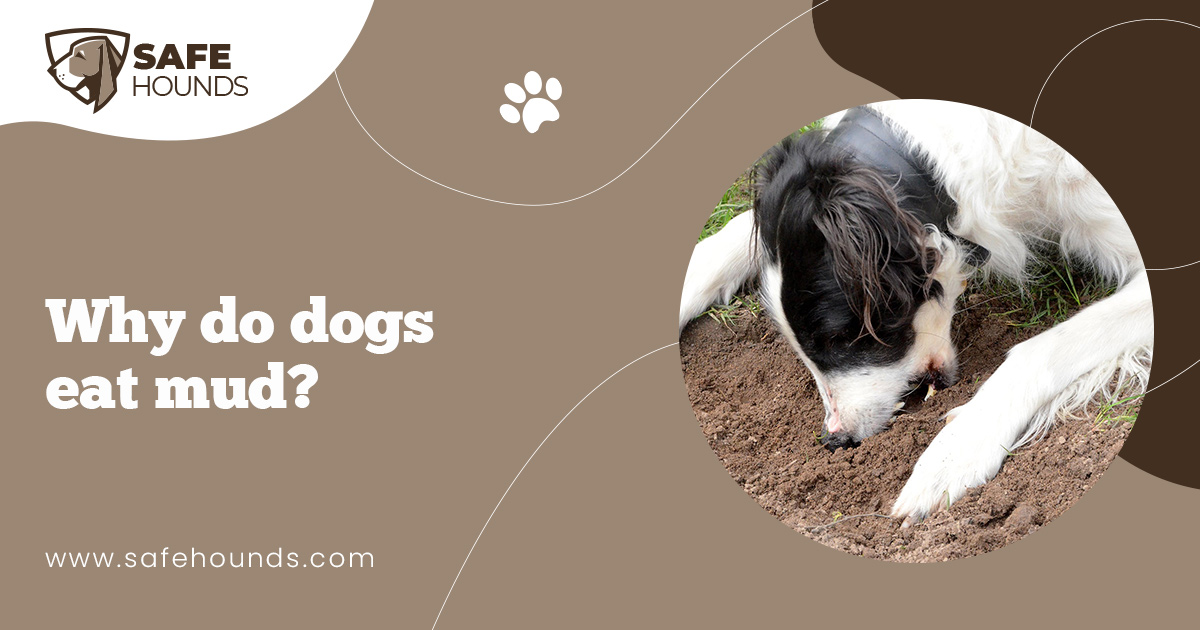 Why do dogs eat mud?

My dog is eating mud and dirt! Is it normal for him to behave that way? This is one of the most common concerns of dog owners, most especially those who are beginners in the vocation of dog care. Most owners become curious, and some even panic upon seeing their dogs eating mud and soil. Nonetheless, they are not to blame because some dogs really ingest mud and soil like theres no tomorrow, and sometimes, there isnt a way to stop them from doing so. Why do dogs eat mud? And why cant they stop from doing it? The reasons are broad and there are some clear and unclear theories explaining the occurrence of such behavior among dogs.

One common reason for such behavior is the dietary inadequacy of the dog. Some dog owners claim that dogs may resort to eating mud and soil if the dog doesnt receive adequate amounts of nutrients from the food they eat. Because dogs fail to meet their nutritional needs, they initiate digging out soil and mud, and start eating them as if looking for something out of the mud and soil. Oftentimes, they cant be stopped from doing that routine. There are some minerals in the soil and mud, most especially in the top soil which dogs need for them to meet their nutritional demands.

Veterinarians would often say that eating mud and soil is not something to be worrited about. As long as it is soil, there is no need to worry. The only danger which may come is when the owner treats his soil or yard with chemicals, which the dog can eventually ingest from eating mud and soil. One way to prevent a dog from doing the same behavior is to feed him with a nutritious diet, a high-quality dog food containing all the necessary and vital elements in its diet.

Another theory states that eating mud and soil may be a dogs pica, the same way some human eat non-edible objects to satisfy their appetite due to a dietary deficiency. This pica can also be resolved by treating the underlying problem- that is by giving the dog nutritious diet and high quality foods. Bringing the dog to its vet is also advisable if the pica is not treated with those highly nutritious dog foods.

Frustration and boredom can also cause the same behavior to dogs. If the master doesnt give much attention to his pet, the dog would most likely do things just to get his masters attention. Doing such behavior is one way to get the masters attention. One way of preventing a dog from eating mud due to boredom and frustration is by spending quality time with them and showing your affection that they are important and loved. Perhaps, doing a routine walk outside and driving them to places where they can hone their social skills is an activity which most dogs would like.

Basing from the common causes of this odd behavior of dogs, the best prevention one can do Is feeding his pet with nutritious foods available in the market today. Also, topping those dog foods with some pieces of vegetables or other nutritious and natural foods is advisable because it adds up to the dogs appetite and increases digestion of the food.

While on a treatment diet, the dog might do the same behavior and one good way of preventing them from eating mud and soil is by keeping them indoors most of the time and putting them on a leash while taking them for a walk in the park. Also, putting on a muzzle basket can be helpful if the dog is used to outdoor living. This muzzle basket does not allow the dog to put anything inside their mouth, unless they are being fed. This muzzle also allows them to open their mouths when they are panting.

If the dog doesnt stop doing such behavior, it would be very advisable to bring the dog to the veterinarian for further testing. This way, the veterinarian could give the dog some dietary modifications and administer tests to conclude the disorder that the dog might be suffering from.