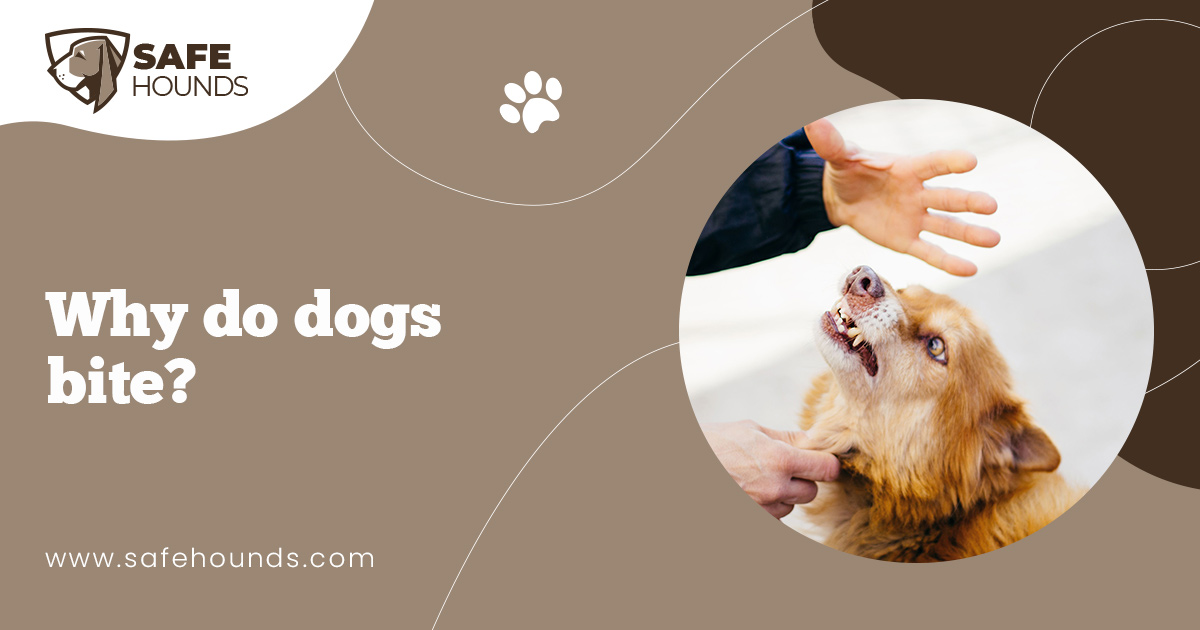 Unless you are a dog owner you may be part of the majority that believe that dogs are violent animals with no awareness of their surroundings. Many people do not like dogs; they believe them to be aggressive and unstable in our society. This is not entirely true because even though dogs bite, they do it within reason, they are not completely unaware of what they are doing. This article will explain to you why and how dogs get so aggressive and even bite. So if you are curious as to why dogs bite, or whether you are just curious, read this article for the facts.

When dogs bite, it is often a result of angering the dog or making it feel uncomfortable, it may begin in an attack and it can lead to biting. Now, this does not apply completely, it is the most common case in which leads to biting. There is also another reason as to why dogs will bite, though a bite may not be pleasant, another reason as to why a dog may bite is when it is being playful, it is common for a dog when being playful to bite. But this is only in a playful way, the dog is not intending to hurt you as its owner, or even if you are a stranger to the dog. Many dogs may perceive it as a normal action, but you should not react badly towards the dog as it is only in its nature.

Now that the reasons are clearer, why is it that dogs will bite out of rage? Well, lets apply a scenario as it may help explain things better. You are a passer by and you see someone in the distance with a dog, you walk on with no problems but you notice that the dog has its eyes on you, it is staring. You then notice that the dog begins to approach you, but the owner has a leash and is able to stop the animal from doing anything. Say that you are curious to why the dog was so aggressive towards you so you go up to the dog and try to pet it, but then the dog only gets angered further and bites you. Well, lets analyse the situation from here on to make things completely clear. In this scenario the dog saw you approach and it saw you as a threat, so it got angry as you continued to approach, you were not to know what was happening in the dogs mind. But as you approached the dog it only got angrier, but luckily at first the owner pulled the dog back with the leash which stopped any attack on you. As you went closer to the dog it became more and more angry by the fact that you were invading its personal space. It then could not hold in the anger anymore and went to bite you.

If we summarise what happened, basically the dog saw you as a threat and as you approached it became angrier. And when you pushed its anger further by petting it resulted in a bite. Now this basically covers the reasoning behind why a dog will bite you, obviously there are many scenarios in which this can happen, but this example was best to provide you with an understanding of why a dog bites.

Of course, when you dive into why a dog bites when it is playful and having fun, it is quite a self explanatory case. The dog only bites out of its own nature, it assumes that biting you will not affect you. It is only their own nature which causes this and since they find playing fun there is always chance that you may get bitten playfully.

Many bites are caused as a result of angered dogs, but the truth is that dogs bite for many more reasons than you would expect, but if we generalize the answer down to its simplest form then we can only say that dogs bite out of defence. But as stated above, it is a generalization and hopefully this article will have helped you understand some of the reasons as to why dogs will bite.