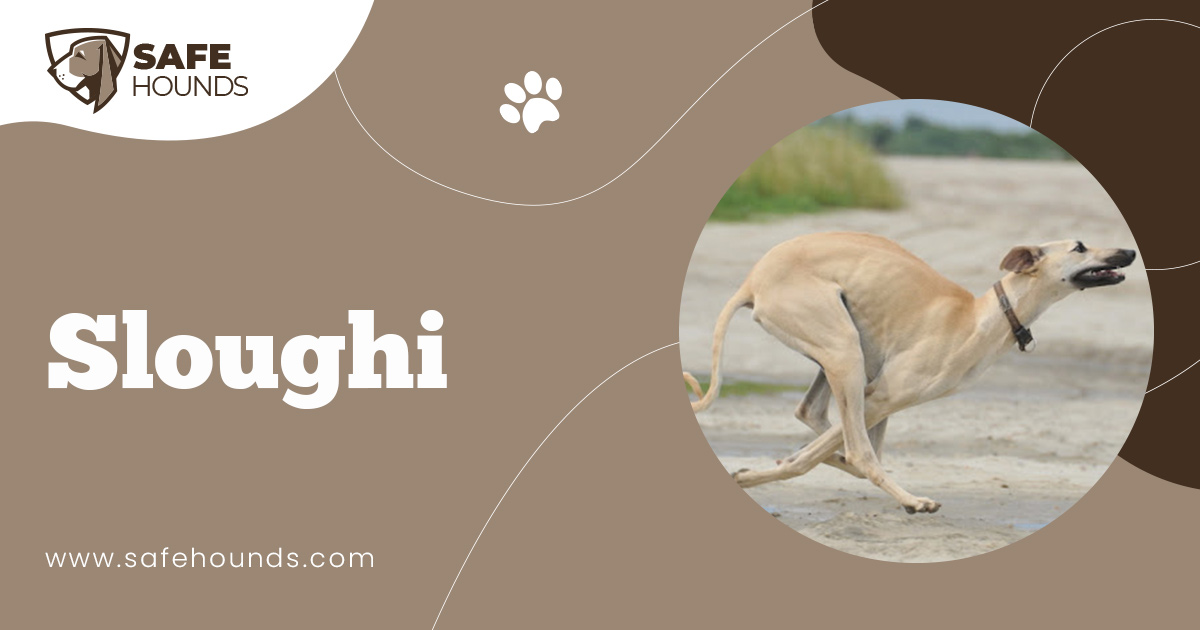 The Sloughi is a hunting sight hound that originated from the country of Morocco. It is a short coated dog that is medium sized. The Sloughi was used along with falcons to hunt wild game. Some game that was hunted by this breed include gazelles, jackals, desert hare, and foxes. This breed is also used as a guard dog. It will protect its owners livestock and home. Over time, the Sloughi has adapted to the desert life in northwestern Africa, including the Maghreb area.

The Sloughi really enjoys certain comforts, such as furniture and soft bedding. This breed is kind and affectionate with its owner and family. However, it is usually not as kind with strangers. In fact, it can be quite aloof with people it does not know. This breed is not good around young children although it can do okay with older children who have experience around dogs. The Sloughi are usually not a good choice for first time dog owners or inexperienced dog owners. That is because they can be quite stubborn like many other hounds. The Sloughi and quiet and clean animals.

The Sloughi is recognized by the UKC, AKC, FCI, SCCM, SFAA, KCGB, ANKC, NZKC, and the ASLA. This breed has a life expectancy of 10 – 15 years.

The Sloughi is a breed that can be described as squarish. It is a leggy animal that is a little higher than it is long. The withers are barely visible. The top line is nearly straight starting at the base of the neck. A slight curve appears over the loin. The coat of the Sloughi is a solid color with not many white markings. Acceptable colors of this breed includes various shades of light to red sand that possibly has a black mask. This breed has black ears and a black mantle. The most common color of this breed is sand with a black colored mask. The Sloughi has a facial expression that has been described as melancholy and gently. It gives the appearance of being sad.

The Sloughi has a tail that is held low and a smooth and effortless gait. The head of this breed is positioned at a moderate angle relative to its body. The front paws of this breed do not reach past the tip of the nose. The Sloughi is able to travel long distances without getting overly tired and this is because of the type of gait that it possesses. The style of the Sloughi is similar to the Greyhound when it is racing. The difference is the Sloughi has more of a squarish look compared to the rectangle structure that is more common to the Greyhound.

The Sloughi is a muscular and lean dog. This breed gives the impression of strength but it also gives the feeling of elegance. The Sloughi has excellent endurance and speed. It is also a very capable and efficient. This breed is gentle and affectionate and they tend to bond closely with their owner. The Sloughi is an intelligent breed that is curious and independent.

When residing indoors, the Sloughi is usually clam and quiet. They would rather lie around on blankets. It is interesting that many times they will lie on their back with their legs in the air. This breed does not particularly get along with strangers. However, they are very friendly with people they know and like. When training these dogs, they should be given gentle and fair methods. The strong suit of the Sloughi really isnt being an obedience dog. If this breed is raised around other animals and children, they will usually get along with them acceptably. it should be kept in mind that this breed has a very strong hunting and chase instinct. Because of that, they should be supervised outside when there are other small animals around.

The Sloughi is a breed that is quite easy to groom. They have a short coat and no undercoat. Unless it gets wet, the Sloughi usually doesnt have the common odor that other dogs have. If this dog gets dirt or mud on its coat, it tends to fall off after it dries. As a desert hound, this breed needs to be protected from cold weather and wet weather.

The Sloughi is not an excessive shedder. They can be groomed with a rubber brush, which will remove the dead hairs. According to some reports, people with dog allergies tend to do okay around this breed.

The Sloughi is a very old breed. Its origin is not known definitely. In fact, the origin and history of this breed is quite speculative. The Sloughi was mentioned by a Moroccan author back in the 13the century. The FCI standard is held by Morocco although this dog originated in the part of the world that today includes, Libya, Algeria, Tunisia, and Morocco. Some people refer to the Sloughi as the Arabian Sight hound. Technically that is incorrect because it was the Berbers (nomads) who developed the breed before the Arabs invaded. In the local areas, the Sloughi is called the Sloughi Moghrebi. The Sloughi was highly prized and was considered to be of higher quality than other dogs. In fact, only royalty such as kings and chiefs could own them. A lot of effort was put worth to make sure they were purely bred.

Originally there were two different types of this breed. One is the larger mountain Sloughi. The other type is the smaller desert Sloughi. In western countries the two types have been mixed and there isnt a definite distinction between the two. The closest relative to the Sloughi is the Azawakh.

When the 20th century began, the Sloughi found itself in a very bad situation because it was almost extinct. Political situations had caused a disruption in the breeding of this dog. In fact, it got so bad that these dogs began to be shot due to a law that prohibited hunting with sight hounds. In addition, there was an epidemic of rabies that reduced the population. In the 1960s, there was a renewed effort to help the Sloughi. In spite of that, this breed is still not well known.