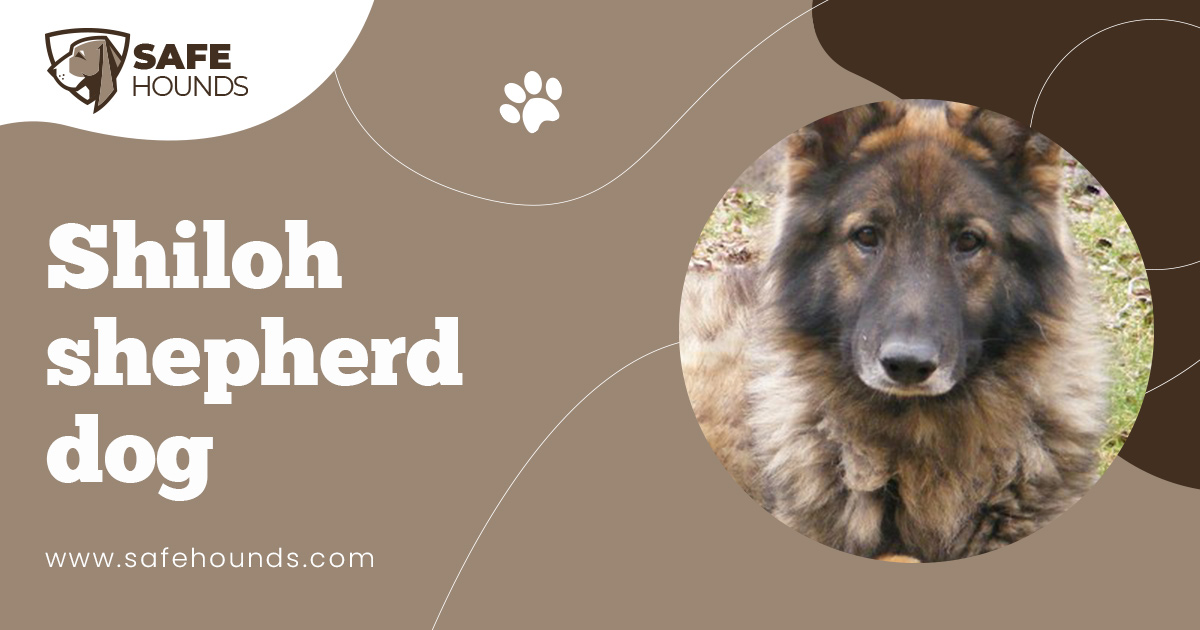 The German Shepherd is one of the most popular and best loved breeds of dog in the world. This versatile breed is noted to have an almost human intelligence. GSDs have rescued people from fires, avalanches and from similar life threatening situations, have been the dependable guide dog of the disabled and have become the reliable helper of the law enforcement people. As the name suggests, the GSD was primarily developed to be a herding dog but this breed that has starred in movies and television shows have become an outstanding addition to the family. GSDs have been the gentle and loving playmates of the children and the loyal an affectionate companion of the master.

In the early 1970s, a German Shepherd strain was developed in New York State by Tina Barber. The dog is very similar to the GSD but this breed is heavier and larger, has a calmer and a more easygoing personality and noted to have a higher level of intelligence a super dog! This breed is the Shiloh Shepherd Dog. The well balanced build, the attractive smooth or plush coat and the easy, fluid and rhythmic movement give this dog an elegant and regal bearing. A Shiloh Shepherd Dog was primarily developed to be a companion dog with the desirable qualities of the parent breed without the health concerns common to giant breeds. The healthy breed has an average life expectancy of 12 to 14 years. More importantly the occurrence of hip dysplasia was minimized in this breed. The qualities of the GSD were preserved in this breed. A Shiloh is noted to have an almost human intelligence. The dog has an innate willingness to please thus it adapts and responds well to any kind of training. A Shiloh excels in obedience, tracking, schutzhund and in other similar activities. A Shiloh Shepherd Dog has frequently received the Canine Good Citizen award from AKC and was honored time and time again by earning the Utility Dog title, the Companion Dog title and the Companion Excellent Dog title. The Shiloh was also certified as a Reading Education Assistance Dog.

The Shiloh Shepherd Dog is a giant breed but it portrays unparalleled beauty and elegance. This breed is a picture of true balance and harmonious proportions. This is a large dog but it has an easy and effortless elastic movement. A Shiloh has two coat varieties – the smooth and the plush. Smooth coated Shiloh has medium length double coat that is dense, straight and close lying. The neck area has slightly longer and thicker hair. The plush variety has a double coat of longer close fitting hair. The top coat is coarse and the undercoat is soft. Short smooth hair covers the head, the face, and the back of the ears as well as the front of the legs. Longer hair on the neck forms a mane that extends to and covers the forechest. The inside of the ears and the back of the forelegs should not be more than 5 inches in length. Shilohs have beautifully colored coats. Solid black and solid white coats occur. Blue and liver coats are also possible although these colors are considered as disqualifying faults. The most common colors are black sable, dark grey, dark brown, red, silver and golden. Bi colored coats such as black and tan, golden tan, reddish tan as well as silver cream are seen. A white blaze on the chest adds to the beautiful appearance of this breed.

The slightly domed broad head adds to the noble appearance of this breed. The stop is gently defined, the cheek bones well developed. The predominantly black muzzle should not appear snipey. Solid black lips are firmly fitted. Well apart high set ears are triangular in shape, have rounded tips and carried erect. Medium sized almond shaped eyes have a keen, intelligent and composed expression. Dark to light brown are the only acceptable eye color for this breed. Complete set of strong well developed teeth meet in a scissor bite.

This breed has a rather long and slightly arched strong muscular neck. This longer than tall dog has a solid, muscular and well coordinated body. The broad straight back is strongly boned and well developed. The deep chest provides ample room for the heart and the lungs. Shilohs have long well sprung ribs. The long plumed tail hangs down with a slight curve when the dog is at rest. The tail with an accentuated curve is raised when the dog is alert or in motion.

Giant dogs usually intimidate people. The Shiloh Shepherd is larger than a GSD but this breed sure does have a golden heart that gives lots of love not only to its family but to other people as well. This breed enjoys receiving attention thus it would not be averse to being petted by strangers. Primarily developed to be a companion dog, the Shiloh possesses all the qualities a dog owner could ever want in a pet. This is an affectionate dog, sweet to the entire family but especially gentle and loving to the children. Mature Shilohs have a calm temperament but puppies are noted to be very rowdy. Because of the size, small children must not be left unsupervised with the dog. Owners attest to the fact that the dog does not have an aggressive bone in its body. Shiloh tolerates other dogs and smaller pets as well. Being an intelligent breed, this dog would crave challenges. This is one of the reasons why this breed responds well to training. This breed has high exercise requirement but it would do well in apartments as long as it is provided with regular opportunities to exercise.

The smooth coated Shiloh would need very little maintenance. Plush coats would require frequent grooming. Brushing the coat regularly would keep it clean and would prevent the formation of tangles. Frequent bathing would not be necessary for both coat types so as not to remove the natural oils and dry the skin. This breed constantly sheds little hair but the dog is a seasonal heavy shedder. Frequent grooming is necessary during shedding season not only to accelerate the shedding process but also to lessen dog hair inside the home. The Shiloh Shepherd Dog is less susceptible to hip dysplasia but the breed has the tendency to have gastrointestinal problems. Some would have the inability to absorb nutrients from food, other dogs may have concerns with bloat.

The Shiloh Shepherd Dog is a developing breed. This means that out crossing with another breed or with an unrelated but carefully selected line can be done on occasion to improve the gene pool and to create certain desired traits. Tina Barber, a German Shepherd breed enthusiast is the founder of the Shiloh Shepherd Dog breed. In 1964 she established her own kennel, the Konigan Kennel at the age of 14 and has actively participated in confirmation shows as well as in Schutzhund training.

The Shiloh Shepherd Dog was developed from a German Shepherd line. Development of this breed was started in 1974 in New York State. Barbers objective of the breeding program is to create a breed that is similar to the family companion she had during her childhood in Germany. She remembered the dog to be large, with a high level of intelligence as well as physically and mentally sound. The Konigan Kennel name was changed to Shiloh Shepherd Kennel. The early years of the breeding program has discouraging results. Far from being disheartened, Tina gleaned knowledge from top breeders and focused on giving more emphasis on the breeding program. One of her objectives is to outbred hip dysplasia thus she shared her ideas with other breeders of large working dogs and organized the Litter Mate X-ray program. This time breeding is more successful. In the 70s, Tina Barbers dream breed is gaining recognition. Breeding program was intensified in the 1980s and a distinctive breed was starting to emerge. Referred to as Shiloh Shepherds, the dogs have started to gain a strong following although the breed was still registered with AKC as German Shepherds. In 1990, Tina separated her foundation stock from AKC. FCI has agreed to register the dogs under the breed name Shiloh Shepherd. Tina organized the Shiloh Shepherd Dog Club of America (SSDCA) so that she can work closely with the breeders. The VIB (Very Important Breeder) program was developed to continue educating existing and future breeders. The International Shiloh Shepherd Registry (ISSR) was established in 1991 and took over FCIs function of registering the breed. The International Shiloh Shepherd Dog Cub (ISSDC) was organized in 1997 when the SSDCA became inactive. The following year, the ISSDCs own registry (ISSDCr) was opened. The establishment of the Shiloh Shepherd Breed Association (SSBA) followed shortly and assumed the registration for the ISSDC.