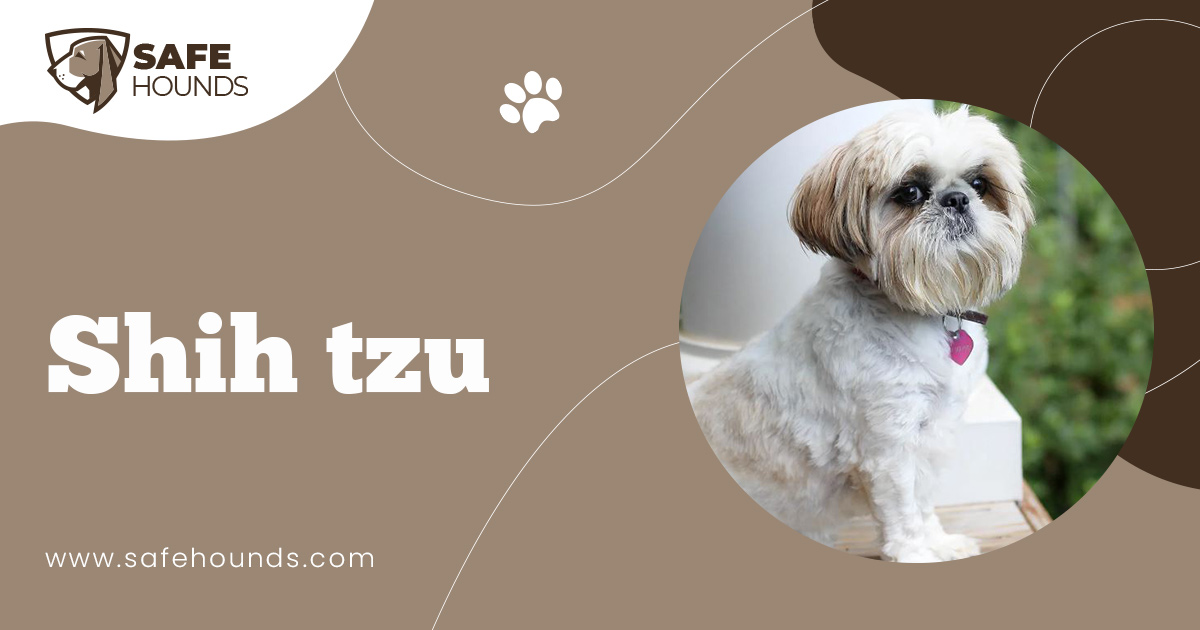 The Shih Tzu is a very popular dog around the world. This breed has been compared to the Lhasa Apso because of their similar looks. Well, if you are wondering if their linked in their history the answer is yes. So now, you know why these two breeds are so similar in looks.

The Shih Tzu is a wonderful dog to have around your home. They are so playful but yet loyal and calm. Taking these little dogs outside to romp around and play, makes them even more of a joy to have. With their long beautiful coats, if kept groomed, is fun to watch when they run. Their hair flows with the wind so beautifully. The Shih Tzu makes a wonderful companion as well as a show dog. If you have watched them on TV in the show ring on various dog shows then you know what I mean. They have been known for taking the crown in the ring. This is because of their beauty and elegance.

The Shih Tzu is a dog that is great to have with kids. As long as the kids are patient and gentle then you should have no problem with them. Shih Tzus is also known for getting along well with other pets in the house. This breed can be a barker, but when indoors they are pretty calm. They will let you know when someone is around or at the door knocking.

The Shih Tzu are delightful companion dogs, however, you will need to give them plenty of love and attention. They thrive on it.

The Shih Tzu is a breed of dog that may get confused with the Lhasa Apso because of their similar looks. The Shih Tzu has a double coat with an outer coat of beautiful long hair and a wooly type of undercoat of fur. On their face, they have hair above their nose that grows upward which makes their face very adorable. This breed can come in almost every color and all colors are also accepted by the American Kennel Club.

They have a round head that shows off a beard and mustache. They have short hair around and on their muzzle. Their nose is black with the exception of the liver colored dogs that have a liver colored nose. The eyes on this breed are round and large. They are wide set and on most of them they are dark colored except on liver colored dogs which will be a lighter color. Their ears are somewhat long and hang down on their face. Their ears being so covered in hair it tends to blend in with the rest of the dog. Their body is slightly longer than it is tall. The removal of the dewclaw is optional. Their tail, which is also covered in fur curls up over their back.

With the Shih Tzu, they can grow up to 11 inches in height and can weight between 9 pounds to 16 pounds. The females are normally smaller than the males. The Shih Tzu is a small dog compared to other breeds.

The Shih Tzu is a bouncy and happy dog. They are alert and are filled with loads of character. This breed can be at times arrogant but mainly courageous. This happy go lucky breed does well with children who are polite and careful. This breed is the type to make friends very well and is good to patient training. The Shih Tzu can be a wonderful watchdog due to the fact that they like to bark but tend to calm down in the house and not bark that much. Try not to catch this dog off guard and surprise them because they are known to snap. This breed is playful and loves attention. They need to be around people and not left alone. They do well with other pets in the house but some Shih Tuzs can be hard to house break.

This breed does well in apartment life and can do fine without a yard at all. If you have the space to take them outside to romp around then they are happy with that. The Shih Tzu is sensitive to heat so make sure to keep them cool.

The Shih Tzu needs daily grooming since they have such a long coat of hair. You can use a bristle brush when brushing them. If you do not have the time to care for their long coat then it is best to have a professional groomer trim the hair so it will be easier for you to maintain the care. The hair on the top of their heads when long can be tied up with a bow. Many people have been known to do this. Make sure to keep their ears cleaned as well as their eyes and around their eyes. They tend to have watery eyes, which can cause a build up of gook to keep away infection. You can get drops for their eyes from your local vet. If their coat stays well groomed then this breed is good for people with allergies to dogs since they do not shed much with proper grooming.

This dog is known to lie around all day and be lazy so you will want to make sure they get out for some kind of exercise. The best idea is to take them for a short walk a few times a week. Make sure to also watch how much they eat because over feeding this dog will make them gain weight which is unhealthy and can cause health problems.

The Shih Tzu has been confirmed to be one of the oldest breeds around which was confirmed by DNA analysis. The Shih Tzus origin has been traced to China. This breed was bred to sit around the palace of the Emperor of China. They would sit around and bark when someone came around so that it would alert everyone of unwanted visitors of the palace.

It has been said that the breed of the Shih Tzu was created by breeding the Pekingese with a Tibetan breed of dog called the Lhasa Apso. The Shih Tzu has been known by some other names such as the Chinese/Tibetan Lion Dog and also known as the Chrysanthemum. The reason for the second name is because the way in which their hair stands upwards above their nose and resembles the flower of the same name.

The Shih Tzu became such a favorite of the Chinese that when they started trading with the West. They loved their little dogs so much they would not trade them for any other object no matter what. The first time anyone in China imported a pair of these dogs was in 1930 when they gave them to England. There are paintings that go back all the way back to the 16th century in which these dogs were show. At this time, the breed was known as the small little lions.

In Britain, the Shih Tzu was noticed in 1946 and then the American Kennel Club recognized these dogs in 1969. Now today after many centuries, these dogs are popular everywhere in the world. The Shih Tzu are still very popular in China, however, they are known world wide for being a wonderful companion and a gorgeous show dog. The Shih Tzu has won several awards in the show ring, which makes them one of the best show dogs. In the show ring, they are shown under herding, American Kennel Club Toy under the non-sporting group.