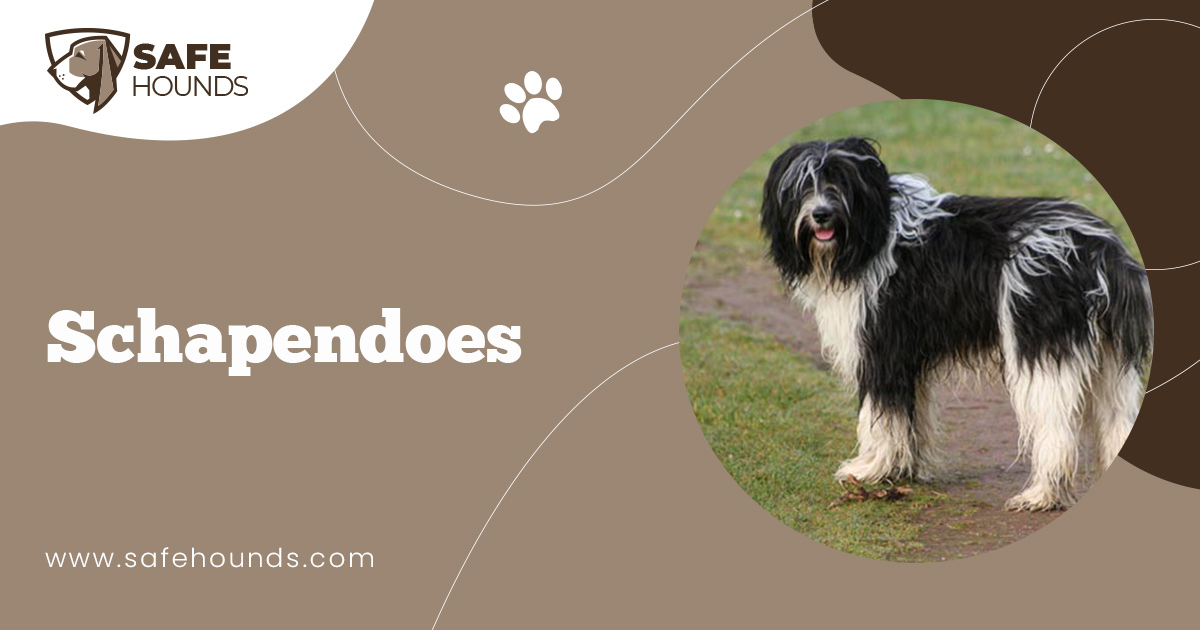 The Schapendoes is a breed of dog that is native to the Netherlands. It has been referred to as the shaggy sheep dog of Holland. It is also called the Dutch Sheepdog. The Schapendoes is a breed that is high strung and friendly. These are large dogs that have a lot of fur that is shaggy in appearance. They are very welcoming to people in general. This breed is very intelligent and lively. Throughout its history, they have been known as a dog for common people. The Schapendoes has not been overly bred over the years and because of that, they have very little health problems. Sometimes the Schapendoes can be stubborn but they are also independent and brave. This breed has what some have referred to as unkempt and ruffled appearance. At the same time, they make good companions. The Schapendoes has also performed well as a sheepdog. They are cheerful and hardy. This breed gets along well with a family that is rough and active.

A Schapendoes is a breed that is longer than tall. It has a long tail, medium length ears, and long shaggy fur. They have a short muzzle and a wide skull. The Schapendoes has large eyes that are round and many times covered in fur. The coat of the Schapendoes can be described as thick, wavy, and to some extent clumpy. The Schapendoes looks similar to the Puli, Beardie, and Nizinny.

Actually, it is a challenge to describe the appearance of a Schapendoes to people living in Australia or North America. This is not a very well known breed. However, it is possible to give a general description of the physical characteristics of this breed, especially if it is done within the context of other similar herding dogs. Similar dogs in the country of Canada include the Old English Sheepdog, the Bearded Collie, the Puli, and others.

The Schapendoes are quite a bit smaller than the Old English Sheepdog and the Briard. Not taking into account their size, both of these breeds look similar to their cousin the Schapendoes. According to accounts, the Schapendoes has much in common with the Polish Lowland Sheepdog.

The Schapendoes is a breed that can be described as fun loving, active, and lively. This dog is very playful. In fact, they will play with children for hours on end. This breed is intelligent and friendly. The Schapendoes is courageous, brave and gentle. They can also be stubborn and independent. The Schapendoes is kind and affectionate with family and other people they know. They are not aggressive and make very good watchdogs, although their guard dog skills are low. They have a lot of energy and at times they can be quite high strung. This breed is easily trained and very good natured. They enjoy working and have strong herding instincts.

The Schapendoes requires brushing and combing on a daily basis. Especially when they are puppies, their fur has a tendency to get matted. Brushing is needed to remove the tangles in their coat. They also will benefit from daily exercise.

It is important to keep the area around the eyes and also the ears clean. Their ears should be checked on a regular basis to remove debris and also to prevent infection. Their shaggy ears tend to attract sticks and other debris. The teeth and nails of this breed should also be checked on a periodic basis. The Schapendoes is a fairly energetic dog but they can usually get most of their exercise requirements from running, herding, jumping, and playing. The learning rate of this breed is high. They thrive if they have an area where they can run and play. They need to have an outlet for their energy. They will usually do better in a rural or suburban area with an experienced and active owner.

At the turn of the century, the Schapendoes were mainly sheep herding dogs residing in the Netherlands. This breed as started during the first World War by PMC Toepoel. In the year 1947, the breed club was started for this dog. In 1952, it was provisionally recognized by the Management Council. In 1954, the standard for this breed was established. In 1971, the Schapendoes received definite recognition. Since the year 1971, the only Schapendoes dogs that have been used for breeding have been registered dogs.

Around the time of the first World War, the Schapendoes population diminished and the English Border Collie became more popular. Even though the Schapendoes had this going against it, there was a group of fanciers who began working to bring the breed back from obscurity. Due to the interest and work of P.M.C., the population of the Schapendoes began to grow again. Finally in the 1940s, the first Schapendoes was brought to a dog show. At this point in history, kennels do not keep high numbers of the Schapendoes but this breed is known in several countries in Europe.