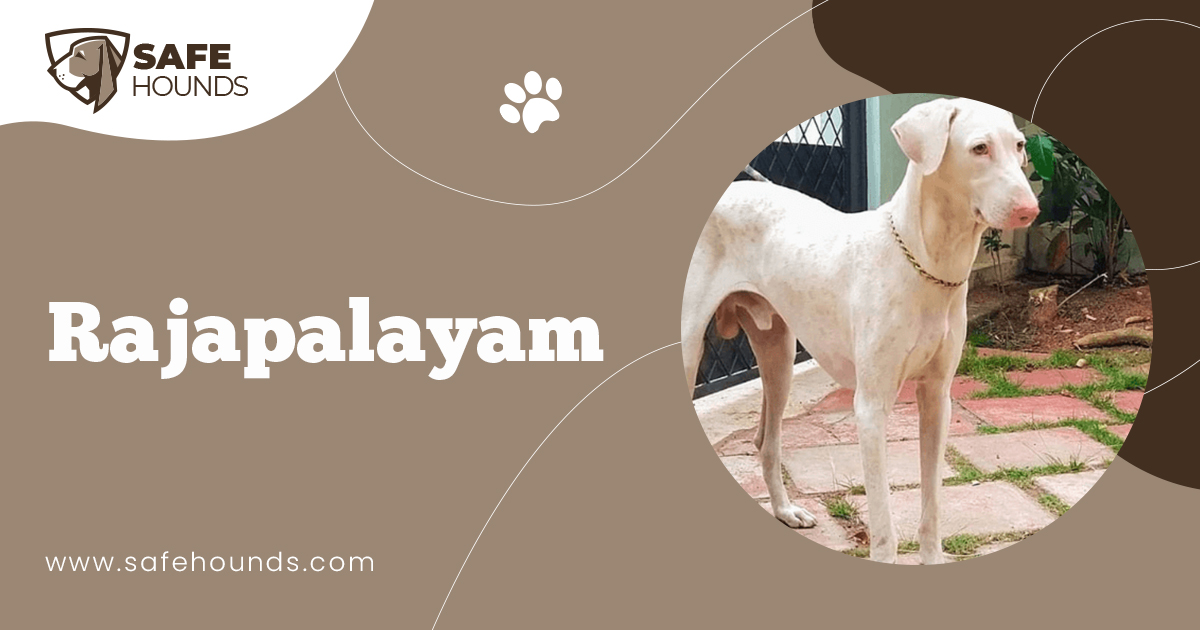 Portugal is the home of the Rafeiro do Alentejo. The dog is also known as the Alentejo Mastiff. The name was taken from Alentejo, a region south of Lisbon, Portugal where the breed was originally developed centuries ago to move sheep from the Alentejo plateau to the mountains of Portugal. A Rafeiro do Alentejo is a big dog breed. Some would even say that this is the biggest breed in Portugal. A male stands from 27 to 28 inches and females height ranges from 25 to 28 inches. The average weight of an adult male is from 110 to 132 pound and females are 100 to 121 pounds.

In spite of the Rafeiro do Alentejos corpulence, the dog is fast. It has to be to be as the dog is used in hunting wild boar and other bigger game. The dogs alertness, agility and intelligence are what make it an effective livestock guard. The Rafeiro do Alentejo is a highly intelligent dog but it has to be trained while still young. In the case of the Rafeiro, the you cant teach old dogs new tricks cliché is really very true. The dog is strong willed and stubborn. A motivational training may still be ineffective as a mature dog would have its own ideas and would not bend to the will of the master. Often times the dog would manifest its tendency to dominate. This is why a Rafeiro do Alentejo is not a dog for a master who is not dog experienced.

As aforementioned, training must be done early while the dog is a still puppy. However, puppies should not be made to over exert themselves. It would not be wise to allow the puppy to do strenuous activities like running, jumping as well as climbing stairs. Activities like this would hamper the development of the dogs muscles, bones and tendons.

For all its corpulence, the dog does not eat much. These dogs mature slowly, full maturity will be gained when the dog is about 4 years old. The life expectancy of this mastiff type of dog is 12 years.

The Rafeiro do Alentejo is a large dog. It has a square bearlike head that leads to a straight, arched and slightly wide muzzle. The broad and rounded skull is proportionate to the corpulent body. Females though have less bulky heads. The nose is slightly blunt, oval and black. The ears are similar to that of a St. Bernards – medium sized, triangular, have rounded tips and set halfway on the dogs skull. The ears are almost always folded and dangling at the sides of the head even if the dog is alert. Black pigmented eyelids enclose small black eyes that have a calm and expressive expression.

The straight, strong and muscular neck is covered with loose skin. The dog has a robust and muscular body with a deep and broad chest, strong front and rear limbs and a tail that is set in line with the rump. The tail curves and curls when the dog is in motion and would fall and hang between the hocks when the dog is at rest.

The Rafeiro do Alentejo has a medium length, dense straight coat that evenly covers the entire body down to the spaces in between the toes. Coat colors would range from fawn, yellow, black with white markings. The dog may also have a white coat marked with yellow, fawn and black. Some dogs are bicoloured, others are dappled, grizzled or streaked.

Rafeiro do Alentejo are excellent livestock guards. They do not herd the flock but they can be depended upon to guard the stock from predators be it the four legged or the two legged variety. This breed is also prized for its first rate hunting abilities. Present day Refeiro do Alentejo is most valued as a watch and guard dog. The dog is always on the alert during the day but is known to be exceptionally watchful and on guard at night. The dog is extremely territorial and would protect everything it deems under its control. The dog would protect the livestock, the home and most especially the family. These dogs are wary and suspicious of strangers. The distinctive low and deep toned barking of the dog that can be heard from a distance, the corpulent body not to mention the powerful jaws would surely deter an intruder. The Rafeiro do Alentejo however, can be considered as a dog of defense and not an attacker as it has a peaceful demeanor. The dog is calm and courageous. They may appear to be threatening but they are not aggressive.

These dogs are distrustful of strangers but surprisingly they are gentle and docile with the children. This is one of the breeds of dogs that love children. These dogs are gentle giants that would appreciate to be included in the childrens activities. The dog would protect the kids in the same manner that it protects the livestock. This dog would also tolerate other animals especially if they are introduced while they are still young.

Some dog owners consider the Rafeiro do Alentejo to be too much of a dog. The dog is highly intelligent and if socialization and obedience training is done while the dog is still young, efforts will be repaid as the dog will develop into an excellent home companion. However, a Rafeiro do Alentejo that is not trained can be quite a handful given that the dog is dominant, willful and hard headed. Extensive and consistent training is necessary otherwise the dog will grow into one that is hard to control. A less than authoritative owner would find it hard to dominate the dog. The dog should look up to the owner as its leader and this will only happen if the owner is dog experienced and able to handle the strong temperament of the dog. Training this dog can be a challenge as this is one of the dogs that abhor useless tricks. Training must also be done in a motivational manner. The dog is sensitive and reprimands will undo what was already learned.

A Rafeiro do Alentejo is not one for a vigorous daily exercise. These dogs would not appreciate energetic but meaningless activities. They would rather save their energies to protect the flock or to hunt. These dogs are known to be relatively inactive indoors thus an apartment would not be a suitable living environment. Being a guard dog of livestock, a Rafeiro do Alentejo would prefer to be in the open to guard the flock. These dogs are happy if given some work to do. An ideal environment is one in the rural areas where a fenced in yard would give the dog an opportunity to roam and at the same time prevent the dog from accosting strangers.

The Rafeiro do Alentejo sheds heavily twice a year. During shedding season, the dog must be brushed thoroughly everyday if possible to remove dead hair. For the rest of the year, the dog would need very minimal care. But just like any other dogs, responsible owners would need to check the dogs ears, eyes to avoid possible infection.

Alexander the Great. These powerful mastiffs are said to have followed the Roman legions to Asia Minor, have crossed the Balkans, the Black Sea and reached the Atlantic shores. Throughout the thousands of years the dogs have travelled over vast areas. Because of countless selective breeding the dog developed unique and distinct characteristics that distinguish them from dogs of different regions. The tribes in the Iberian Peninsula are considered to be responsible in developing dogs known to have corpulence and great strength. These tribes whose main subsistence is from the cattle they raise use the dogs to protect their herds from rival tribes as well as from cattle rustles.

Because of the geographical divergence, the north and south of Portugal are known to have a distinct climatic difference. Annually, in search of better pastures, large herds of cattle are driven by powerful mastiffs to Douro, the region on the northern side and to the southern region of Alentejo. Aside from guarding the herd, the dogs that remained in the southern grassland were developed into guard dogs that protect rural estates. The dogs in the northern region of Portugal particularly in Tras os Montes, like the ones in Alentejo were highly valued because of their exceptional abilities. The dogs in the northern region were called Cao do Gado Transmontano.