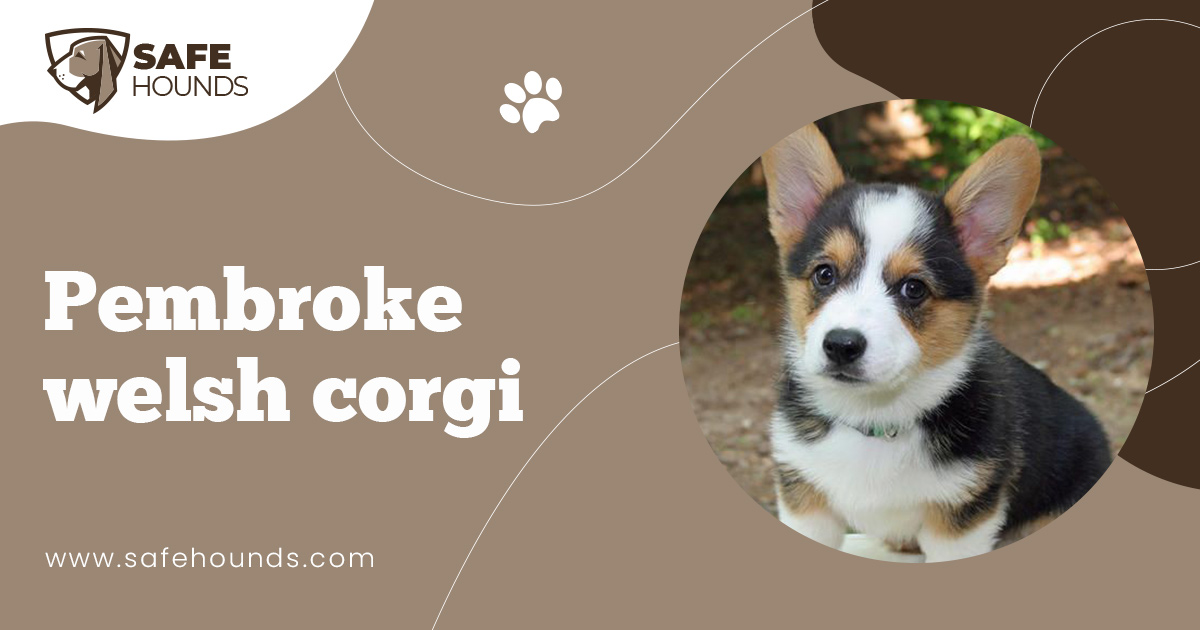 For about 70 years, the Pembroke Welsh Corgi and the Cardigan Welsh corgi have been considered two separate breeds by the AKC Kennel Club.

The Pembroke Welsh Corgi is best known for their herding ability and is one of todays best show dogs in the show ring. With their intelligent minds and fast little bodies, these dogs can do it all. They have the face of a fox that makes them so adorable that everyone seems to fall in love with them at first sight.

The Pembroke is a wonderful herding dog, but they are also wonderful pets to have. They love to bark so you will always know when someone is around your house or knocking at your door. They can be wonderful with children and other pets are not bad for them either. The best thing with any breed is to raise them with other pets and children. This way they are always use to them no matter what and will be there to protect them as well.

The Pembroke is also a good dog to train. If you want to train them for tricks then this is the breed for you. This breed is also known for being a clown when it comes to getting attention. This breed loves the attention when they are around and will try anything to get it from everyone.

The Pembroke Welsh Corgi is a small dog that is adorable in its appearance as well as its attitude. Their tail looks as if it is not even there because of it being so tiny and some have no tail at all. They have dark set eyes with a nose to match which is commonly black. This breed is small and is low to the ground. Their ears stand erect at all times, which are small and set close together. Their head may reflect off as a fox looking head. Their legs are straight and not very long. This helps them with being fast runners in some kinds of dog show events. You may think that they are just like the Cardigan Welsh Corgis but they do have their differences and also do sometimes look alike but you will notice the difference between them.

Their fur coat comes in a variety of colors. They have been known to be seen in colors of red, sable, black and tan, and normally all colors come with white markings as well. Their coat is a medium length coat and has a thick undercoat with a top coat covering it. There has been some of this breed known to have long wiry like fur coats.

The Pembroke Welsh is a dog that is smart, loving, obedient, and can be a protective and devoted dog to their owners. These kinds of dogs are very active and love playing around or running around outside. This Welsh can be great with kids that are considerate. They can be somewhat wary around strangers, so when they are young try to socialize them. With the history of these dogs bring herding, they have been known to nip at peoples heels to try to herd them. This can be dealt with by simply training them at a young age to not have this behavior. This breed also makes a wonderful alarm dog and a guard dog.

This dog can be well for an apartment life as long as they receive enough exercise. They can survive most climates and love to be active indoors so a small yard is fine for this breed.

The Pembroke Welsh Corgi is a pretty easy dog to maintain in your home. You will want to comb or brush them with a firm bristle brush to keep their fur coats looking nice. This breed only needs to have a bath when they really need one. Otherwise, they are pretty clean dogs on their own. This Welsh Corgi is a breed that sheds only twice a year, otherwise shedding is not too much of a problem.

Exercise for this dog is important. This breed is a very active breed and by not allowing them to be active, can cause health problems. Taking them outside and letting them run around in a fenced in area is a good idea.

The history of the Pembroke Welsh corgis is not for sure really. There have been many tales of how these wonderful dogs came to be. Therefore, as of today, it is not for sure but there are some tales out there that say different.

One theory is that this breed was found in the British Isles by some children that were out playing that came upon the dogs and thought they were baby foxes. The kids took them home and their parents told them that they were gifts from the faeries. It was said a long time ago that faeries used this breed to pull their carriages and such. The children raised them and as they grew they started herding and protecting their family. That is one of the tales.

Another tale is that these dogs were brought over by Scandinavians to the British Isles somewhere around the 9th or 10th century. They were bred with the other native Welsh Corgis and the ones that had the traits of herding were bred forward.

Therefore, as of today the origin is still not know, but it is said by many that it is from Pembroke Wales. Therefore, that would be how they got their name but there are still tales of how they came to be. These dogs are bred for herding farm animals like sheep and cattle and that is what they are best known for in their history of life. They are also now raised as well as for having around for a perfect pet.