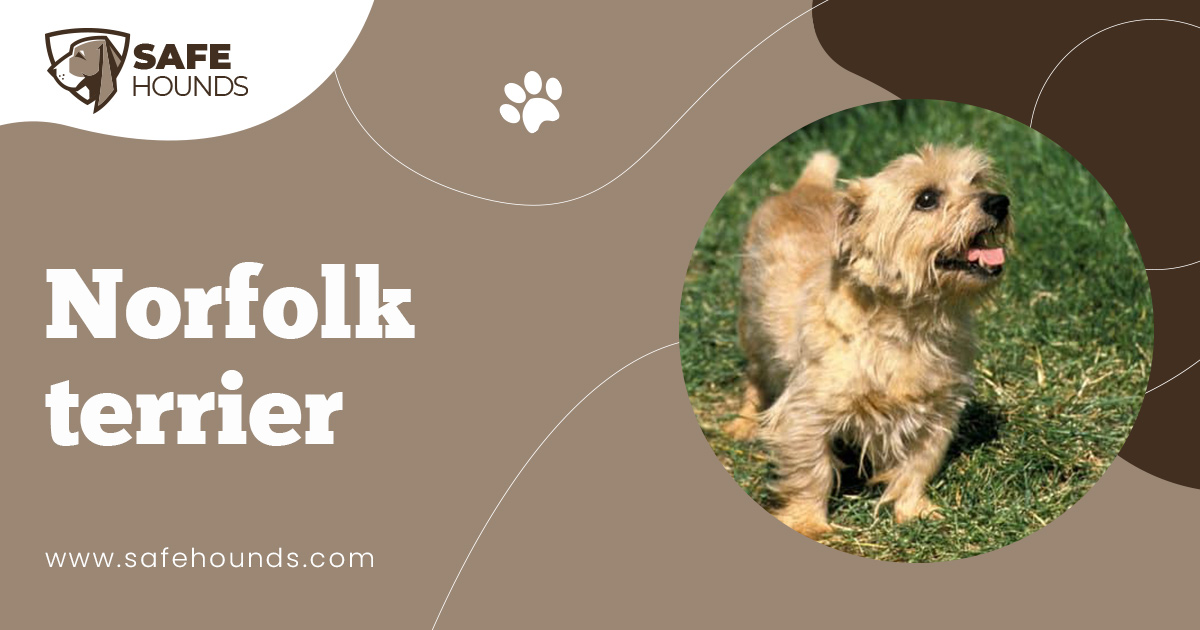 If you are searching for a traveling companion then the Norfolk Terrier is the dog for you. They are the perfect size to carry with you in a knapsack, beside you on an airplane, or under your arm. They even enjoy long trips.

Norfolk Terriers are easily trained to be your best friend, a family member, show dogs, or to work out in the field. As a family member, they love each member of their family young and old alike. They do well playing out in fields but do not enjoy shopping at malls or posing for long periods of time on a stool for pics.

Everyone falls in love with the Norfolk Terrier from his unique beauty and his charming personality. The do well with other dogs and do not have the tendency to bark. For those that love to have a friend that is alert and happy then you cannot go wrong with the Norfolk Terrier. They are known for their alertness, lighthearted, and ready to play attitude while being easy to live with, easy to train, easy to care for, and loved by everyone.

The Norfolk is the smallest terrier breed standing at 10 inches in height and weighing around 10 to 12 pounds. You cannot only recognize the Norfolk Terrier by his size but with dropped ears.

He has small dark, oval eyes with black rims that are placed well apart. They are keen, sparkling, and show intelligence. The ears are dropped with a small break at the skull line, which is close to the cheek and V-shaped with a bit of rounding at the tips.

The skull is wide with a bit of rounding as well with quite a bit of width between the ears. Lips should be tight with a scissor bite.

The coat is hard, wiry, and straight which is around 1½ to 2 inches in length and lies close to the body along with a noticeable undercoat. The hair on the neck and shoulders is longer than the rest of the coat, which is short and smooth with eyebrows and whiskers. The coat color of the Norfolk Terrier is red, black and tan, wheaten, or grizzle. White markings are not accepted for show dogs.

The neck should be strong and blend well with the shoulders. The topline should have good width with well-sprung ribs. The tail should be docked. Shoulders are laid back with elbows close to the ribs. The feet are round with thick pads and black toenails.

The Norfolk Terrier is known for his courage, activeness, affection, and does not show any signs of nervousness. He is easy to train, but may not always wish to obey all the rules mainly out of spunkiness. He loves everyone he meets and does extremely well with children. However, children should not rough house with the Norfolk Terrier as he can be injured.

Even though he is not prone to bark, he will if he is left outside for long periods of time. He is a people dog and thrives of companionship. He also loves to dig, so watch those flowerbeds.

Apartment life is great for the Norfolk Terrier, however, he will need some playtime outside. He loves taking walks in the countryside. They were originally bred to work therefore, they have plenty of energy and love being active.

The Norfolk Terriers coat should also be stripped twice per year: once in the autumn and once in spring.

As for children, the Norfolk Terrier loves his family especially children. However, children should be watched carefully as rough housing could injure this small toy breed.

It is believed the Norfolk Terrier is descendants of the working terrier of East Anglia. The cross breeding of the Cairn Terriers, the Irish Terrier, and the red terriers that were originally used by Gypsy ratters in Norfolk.

During the 19th century, ancestors of the Norfolk Terrier were used on grain farms and in horse stables in East Anglia to hunt rats and mice. He was also used to hunt foxes and kinds of vermin that might cause havoc to farmers.

There are a few distinguishing characteristics such as Norfolk Terriers have dropped ears and are more round. Norfolk Terriers are better at adapting to all kinds of living conditions whereas the Norwich prefers to be a hunting dog. The Norfolk Terrier also prefers human companionship to other dogs and loves to be included in family life.