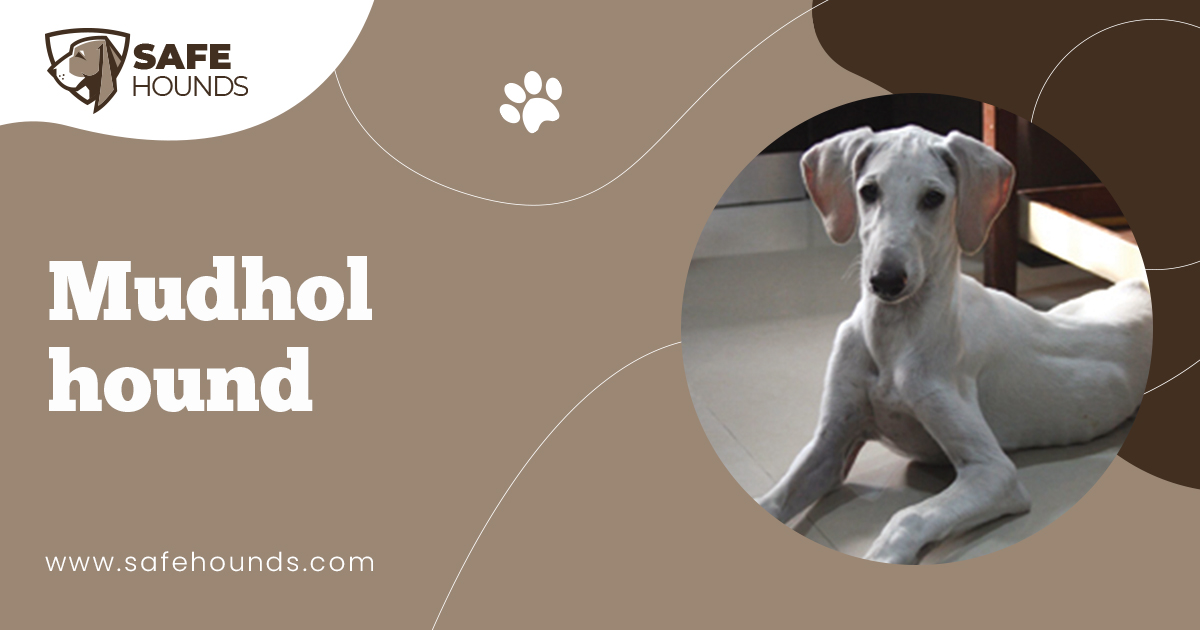 An Indian breed of dog that belongs to the sighthound group goes by several names. This rare breed that originates from the southern Maharashtra and northern Karnataka regions is commonly referred to a Mudhol Hound. The dog is known as Karwani in the villages in the Deccan Plateau. The anglicized version of the name is Caravan Hound. This breed is also referred to as Pashmi and Pisuri Hound. All these names refer to a breed of sighthound that closely resembles the smooth coated Middle Eastern Saluki and the Sloughi of North Africa. This long dog with a lighter and a less heavily boned body has the graceful gait of an Azawakh. The Mudhol Hound is believed to have developed from the Sloughi, Saluki, the Azawakh and the Afghan Hounds. Mudhol Hounds have smooth coats that come in light cream, beige, cream, red and fawn colors. Occasionally, dogs with black, white and grey coats are seen. These dogs were originally used for hunting and guarding. But did you know that these dogs served as incentives for nomadic tribes to spy on the martial activities of the neighboring kingdoms? This is how Mudhol Hounds are valued during the early years of the breeds existence.

The Mudhol Hound was favored by the ruling families of India. However, far from being spoiled, this breed has led a hard life. Unlike other breeds kept by royalty and famous personalities, most of these dogs have not known veterinary care. Moreover, Mudhol Hounds have subsisted on very little food. Milk, roti and table scraps is the usual diet of this dog. In spite of this, a Mudhol Hound is a very strong and hardy breed. Survival of the fittest has made this breed resistant to most canine diseases. A Mudhol Hound has a life expectancy of about 15 years.

This working breed is highly valued for the excellent performance of its tasks even under grueling conditions that would be very difficult for other working breeds. This dog hunts like a Saluki. Equipped with strength, great speed and immense stamina, the dog would immediately sprint after the prey, make mid-air turns and change course at the blink of an eye. The hunter must be able to follow his hound as instead of retrieving, this breed has the tendency to devour the prey. This bred has the potential to excel in lure coursing and in open field trials. With its well balanced conformation, a Mudhol Hould would surely do well in conformation shows. To the right person, a Mudhol Hound can be a most suitable home companion.

A Mudhol Hounds lean look may give this breed a delicate appearance. However, the dogs sleek body is built for speed. The dog is also noted for its strength, stamina and endurance. This breed has a well defined appearance. The head is rather small for the size of the body. The long skull is narrow, flat and wider between the ears. The powerful long muzzle tapers to the large nose that can be black, liver or flesh colored. Obliquely set oval shaped eyes are dark brown to hazel in color and show an intelligent expression. Thin triangular ears are set rather high. This breed can have rose shaped or semi erect ears but most common are ears that curve close to the head.

The elegantly arched long and well muscled neck is one of the distinct characteristics of this Indian breed. The muscular body has slightly arched small loins, long and deep brisket and well tucked up belly. Long tail that is set in line with the broad back is strong at the base and tapers to the tip. The tail is slightly curved and carried low. A Mudhol Hound has two coat varieties. The coat can be soft, smooth and close lying. Silky longer hair can form feathering on the tail, legs and ears of some specimens. All colors are acceptable for this breed. Red, fawn and off white are most common. Some specimens may have black masks and white markings.

A Mudhol Hound is an elegant and graceful dog. This rare breed will certainly be a unique addition to the family. This breed though is not cut out to be a home companion. This working breed is not very friendly. The dog would not be a good choice especially if there are small children in the family. The dog is generally wary with strangers. Petting the dog can be a wrong move even for a family member. To a right person, this dog can be a loyal companion. An owner has to treat the dog with respect and kindness. This breed will make a dependable watch dog as it will stake its life to protect the people it holds dear. This breed tolerates other dogs especially if its territory is not violated. Being a working dog, it is expected that a Mudhol Hound would have high exercise requirements. The dog is ill suited for apartment living as it will need a large living space to expend its excess energies. An owner of this breed should make sure that the dog is regularly exercised.

Grooming this breed is easy. The short coat would not need extensive grooming. This breed is an average shedder. Brushing the coat once a week will remove dead hair and distribute the natural oils to moisturize the coat. Bathing must be done only when necessary.

Lean but strongly built dogs with aerodynamic bodies are commonly seen running alongside caravans. People refer to these dogs as karwani which means of the caravan. The name was changed to Caravan Hound when the breed was recognized by the Kennel Club of India. The Caravan Hound has been around for centuries. This ancient breed of India is most prevalent in the Deccan Plateau, a region that covers parts of Maharashtra State, the Karnataka and some areas of the Andhra Pradesh. Generally, Indian dogs are of two types – dogs with the rangy and lean conformation of sighthounds that resembles the Saluki, Sloughi and the Greyhounds and dogs with the stocky bodies of the working and herding breeds.

Indian dogs are believed to have originated from the dogs coming from central and western Asia. As early as 500 BC, India has been under the onslaught of invaders. Huns, Mongols, Kushans, Persians, Greeks and Turks have invaded India to plunder the countrys riches. These invaders brought dogs that were utilized to guard, to tend livestock and to hunt for their masters. Present day Indian hounds strongly resemble the dogs of the invaders. Apparently not much was changed with the dogs conformation in spite of the crossbreeding with the local dogs. The breeds developed from these crossing were customarily named after the area where the dogs were created or wherever they are most popular. The Mudhol Hound is one of these Indian breeds.

In 1347, the Bahmani sultanate was founded by Hasan Gangu Bamani. After more than 150 years of existence, the Bahmani Kingdom collapsed giving rise to the development of five feudal states, one of which was the kingdom founded by Yousef Adil Shah. The Adil Shah Kingdom was at the peak of its prominence during the early 16th century. Mudhol is a part of this kingdom. The ancestors of the Mudhol Hound were speculated to be the dogs brought by emissaries as gifts to the Deccan states from the Turkish and Persian kingdoms. It is also possible that the Mudhol Hound was developed from the dogs that came with the Persian and Turkish soldiers and mercenaries that came to Deccan. This verifies the theory that ancestors of the Mudhol Hound were already in India three centuries before the Mugols arrived. The Mudhol Hounds are strong and fearless dogs. These dogs have fought British and Muslim invaders alongside the Marathas fighting for their freedom. These dogs are not only protectors and herders of livestock. Aside from being wonderful companions, these dogs are excellent hunters as well. Legend has it that in a hunt, the pack of hounds owned by Srimanth Raja Malojirao Ghorpade has excelled over the pack hounds of other rulers. A pair of Mudhol Hound puppies was given by Ghorpade to the King George V of England. Impressed by the hounds, the monarch named the dogs Mudhol Hounds.