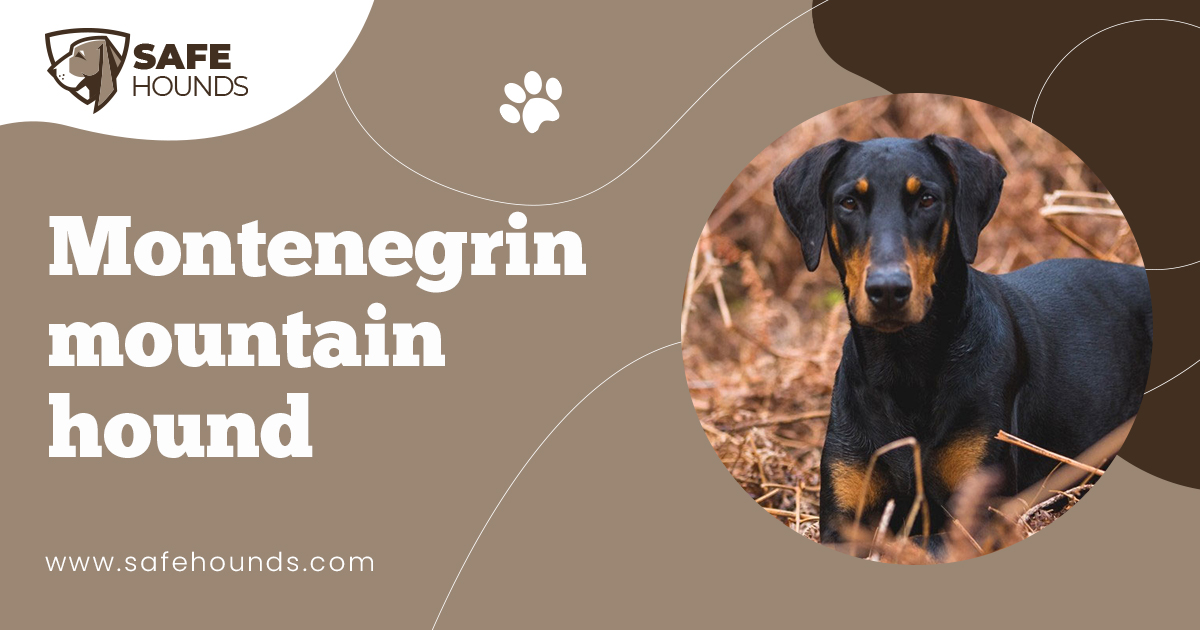 One third of the territory of the Republic of Montenegro consists of mountains and forests. These areas form the natural habitat of wild pigs, bears, foxes, wolves, wildcats and many other predatory animals. Because of the abundant game in the mountain regions and in the Montenegrian seashores, a dog that is noted for its hunting prowess became most sought after by hunting enthusiasts. The Montenegrin Mountain Hound formerly known as the Yugoslavian Mountain Hound is a scenthound used to hunt foxes, hares, deer and wild boars. As mentioned this breed was popularly known as the Yugoslavian Mountain Hound. After a referendum in 2006, Serbia and Montenegro were separated into two independent countries. The mountain hound in Serbia was named Serbia Mountain Hound in the same manner that the hound in Montenegro was given the name Montenegro Mountain Hound.

In its country of origin, the breed is known as Crnogorski Planinski Gonic. Gonici means hunting dogs that alerts the hunter of the presence of a game by incessant barking. Being scenthounds these dogs would not need to have the prey on sight as they have excellent olfactory abilities and endurance that enables them to stick with the scent and follow the prey over rough terrain and under the cover of heavy vegetation. Once the prey is found, the dog keeps the game at bay until the hunter is within shooting distance.

The Montenegrin Mountain Hound is a medium sized breed with a solid and compact body. This is an intelligent dog that would be easy to train. The dog has inherent hunting abilities but it is advisable to train the dog while still young. This breed is a fast learner and training would be no trouble at all as long as it is conducted in a firm, consistent and positive manner. This dog is calm and affectionate to the people it considers as its family but may manifest aggressive behavior against other people and other pets. This is why socialization and obedience training started while the dog is still young is imperative.

A dog that has a well boned and well muscled body covered with a glistening smooth black hair nonchalantly striding with a lively regular trot would certainly be an eye-catcher. This dog has a rectangular appearance given that the body is about 10% longer than the height measured from the well pronounced withers. The back as well as the loin is well muscled. A Montenegrin Mountain Hounds chest is strong and deep, the belly slightly tucked up. This dog has a darkly pigmented tight fitting but elastic skin. The hair is short smooth but quite rough to the touch. The hair is not too thick and lies flat to the body of the dog. The undercoat though is well developed. Basic coat color is black. Dogs may have tan markings the size of hazelnut above the eyes, on the dogs muzzle as well as on the lower part of the leg. The tan markings on the muzzle can extend to the corner of the dogs lips. These markings can be light red, bright red or brownish red. A white spot on the chest may not be desired by the standard but it makes the dog more attractive.

This breed has a dolicocephalic head and a slightly prominent stop. This dog has a well developed nose that is always black in all specimens of the breed. The muzzle that is shorter than the skull has a thick and broad base. The breed has a tight upper lip that envelope the lower lip. Lips have black pigmentation. Jaws are strong. Complete and regularly implanted teeth meet in a scissor bite. Black rimmed oval shaped eyes can be light brown to dark brown in color. Set on high oval shaped ears are quite long, of medium thickness and hangs close to the head. The tail forms an extension of the croup thins gradually. The tail that is covered by abundant hair is always carried below the level of the back in a saber fashion.

A Montenegrin Mountain Hound has a well balanced character. This dog is extremely loyal and forms a strong attachment to the master. Because of its innate hunting abilities the dog is considered to be one mean hunting companion. The dog however has other attributes. A Montenegrin Mountain Hound has developed into a wonderful house companion. This dog is trustworthy. If you have one in your home you will have a living doorbell. Very affectionate with its human family the dog would be distrustful of strangest. At times the dog can even manifest its aggressive behavior. The dog is good with children and tolerates other dogs and pets especially if raised with them. As with strangers the dog may also show dominance over other dogs. Socialization and obedience training is a must. However some dogs are known to be quite hard to train. Handler must be consistent with the firm and positive training. It would never be wise to punish this dog. Verbal and physical punishment would make the dog more aggressive. Make the training interesting and the dog would respond well.

This breed may be calm inside the house but it would still not be suitable for apartment living. Being an energetic and active hunting dog, it is used to extensive and vigorous exercise. A home with a fenced in yard would be the most suitable living arrangement for this breed. This breed would prefer to live outdoors as long as an adequate shelter is provided in the yard or in the garden.

A Montenegrin Mountain Hound does not require an extensive grooming routine. A once a week brushing of the smooth short coat would suffice to maintain its good condition. However, being hunting dogs it is advisable to groom the dog after every hunting trip. This would mean thorough brushing of the coat to remove burrs as well as ear cleaning. The dogs paws should also be inspected to prevent infection from developing if the dog has thorns imbedded on its paws.

The Montenegrin Mountain Hound shares the same history and origin with the other Balkan hounds. Yugoslavia has an ancient history, Yugoslavian ports were used as the major trade routes of the Phoenicians. It is very likely that the Balkan Hounds were developed when the Slavic hounds were crossed with Europes scenthounds. These Yugoslavian dogs are all similar in appearance. The dogs have moderately sized bodies that are slightly longer than tall. These dogs are excellent hunters that would tirelessly hunt any type of terrain.

The Yugoslavian dogs that are found in the southern part are smooth coated. These mountain hounds were developed in the southwestern Planina range of Yugoslavia. These dogs were known as the Yugoslavia Mountain Hounds. During the ancient times these dogs were also called the black hound. A referendum in 2006 resulted to the creation of Serbia and Montenegro into independent countries. The hounds in Serbia became the Serbia Mountain Hounds. What was formerly known as Yugoslavian Mountain Hound was now named Montenegrin Mountain Hound. The first standard of the breed was written in 1924. The breed was officially recognized by FCI on May 8, 1969.