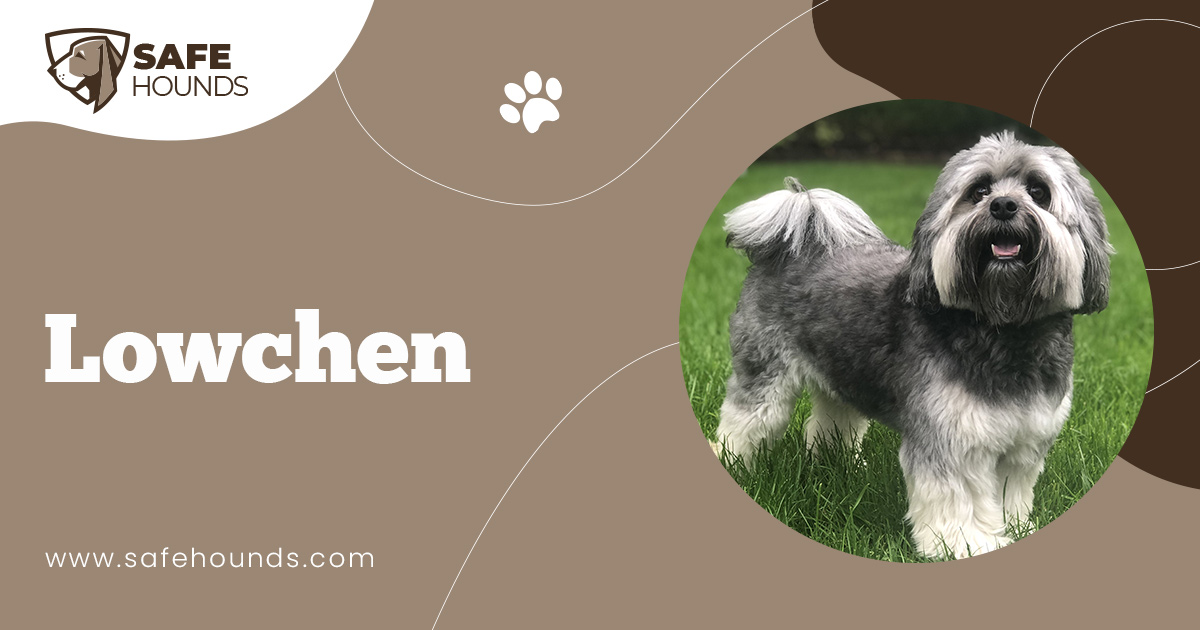 The Löwchen is a dog breed that is one of the rarest dogs in the world, of similar population to the Portuguese Water Dog and the Havanese. The Löwchen is a terrier or bichon type dog. Currently, the Löwchen has fewer than a few hundred new registrations in all kennel organizations total each year worldwide.

Normally, canines are identified by their heads. Conversely, the Löwchen is identified first by its trim. The trim stands out to the casual dog lover, who is probably bound to feel that without the coat style and cut the dog would be considered a mutt. To the trained dog specialist, there are obvious definite traits, which define the breed.

It is an old breed type, found internationally as far back as the 1500s. The modern ancestors of the Löwchen breed were from Belgium, France, and Germany in the late 19th century. It is a small dog, considered by some registries as a toy dog, and has been a very common pet of royal courts of many countries. The ladies of the court often groomed it in the likeness of a little lion.

The Löwchen has many quaintly attractive features. A small, bright, and lively dog that originated as a companion breed in Pre-Renaissance Europe where Breed characteristics are a compact, balanced body, a relatively short, broad topskull and muzzle, and a proud, lively gait that accentuates the lion cut with a long flowing mane. Combined with an outgoing and positive attitude, this gives the dog great style.

The head of the Löwchen is one of the more distinct features. The facial demeanor of the canine is bright, alert, and lively. Light and dark brown colored dogs may have slightly lighter eyes. The nose is dark in color. Coloration of pigment is black or brown, dependent on the coat color. The lips are tight, normally with color similar to that of the nose. It has a short, wide muzzle, broad skull, round eyes, and somewhat droopy ears.

The coat is wavy with a mix of thicker hairs amongst the fine ones. It has a long, slightly harsh, yet somewhat soft coat that stereotypically looks like a lion. The haunches, back legs, front legs, and the third of the tail closest to the body are shaved. The rest of the coat is left natural to give the appearance of a lion. There are only four coat colors. They are, in order of dominance: black, red, a black and tan combination and blue.

The body of the Löwchen is strong. The upper arm is normally of equal length to the shoulder blade and both meet almost at a 90-degree angle. From a front view, the legs are perfectly parallel from the elbow to the feet. The pasterns are short, parallel from the front and very slightly bent when viewed from the side. There are dewclaws on the forelegs, but they are normally removed when the dog is domesticated.

The Löwchen is a genuinely friendly, happy dog. Dogs of this breed are active and playful. This dog is also one of the more intelligent. The Löwchen makes a good pet for families with children, as it is very good with children. Its demeanor makes it an excellent house pet.

The Löwchen has all the overall qualities of a loving companion dog. It has a lively, outgoing, and inquisitive personality.

Due to the loving nature of the dog, it also makes a very good companion for senior citizens. Some seniors feel that the playfulness of the dog can incite their youthful spirit while still providing a loving companion.

The Löwchen has a single coat. Heavy guard hairs and finer undercoat are mixed throughout the coat. When left to grow, the coat will be long and flowing. It is important to keep a Löwchen well brushed. If the brush does not reach the skin, the effort is wasted. Brushing once a week or more should keep the coat in good condition. Regular bathing is also a must, as dirt will inevitably find its way deep into the coat.

There is no disease that regularly plagues the Löwchen. Normal diseases that dogs can incur can be contracted by the Löwchen, but for the most part, they are very healthy canines. As with any dog, a regular checkup at the local veterinarians office is in order to ensure your dog is kept healthy. If good care for the Löwchen is taken, the possibility is there that the dog could live sixteen or seventeen years.

The Löwchen as a breed has a long and somewhat controversial history. We know from works of art depicting images of small dogs in a very distinctive lion trim that the breed dates to the 16th century. The breed is depicted throughout the centuries in paintings, block prints, line drawings, and tapestries from around the world.

The controversy arises as to the exact origin of the breed. There are several theories on this debate, depending on who is doing the talking. One theory holds that the breed originated in the area of Northern Europe now known as German, France, and Belgium. In this area, the Löwchen is thought to be tied to the breeds that were the forerunner of the modern day poodle, and quite possibly as a factor in the development of the Toy Poodle.

Another line of thinking holds that the Löwchen originated in the Mediterranean region and are directly related to the Bichon type breeds of that area. The Löwchen has also been set in Russia and even the region that is now Tibet. Whatever ones view of the origin of the Löwchen, we know that the breed has survived through the great upheavals of hundreds of years to emerge very nearly as they appear in the art that is the documentation of their history.

The Löwchen has been the resident of all manner of households through the ages, from castles to the most ordinary farmyards and cottages. Aside from their primary function as a companion, they were most likely great varmint hunters and fierce little guards of beloved hearth and home.

Folk tales surround the Löwchen, bringing a charming side to their history. It is said that the Löwchen was a favorite of castle ladies as a sort of living hot water bottle. The trimmed area would go under the covers for warmth and the furry part would attract the fleas out of the beds and away from the people. Another legend associated with the breed was that if a knight died in battle a lion was carved at the foot of his tomb, if he died at home in bed, a Löwchen was carved on his tomb.

The story of Bijou, while basically true has also added to the charm of the breed. In the late 1700s, Bijou, a parti-colored Löwchen lived in a castle in Weilburg, Germany on the Lahn River. The story goes that, Bijou, through extreme loyalty to his beloved master, jumped from a window 60 feet above the river rather than be left behind when his master went off on a hunt. The ending of the story is the stuff of legend. One ending says that Bijou survived the jump and was rewarded by riding to the hunt on his masters saddle, the other that the jump ended in disaster. Whichever ending is true, Bijou became famous. His life size portrait completed in 1787 still hangs in the baronesss bedroom in Weilburg Castle. Bijous devotion, loyalty, and fearlessness are very much evident in the Löwchen of today.

Little is written about the Löwchen during the early years. The first record of a breeder and fancier was a Dr. Walthier in the early 1800s in Germany. The first know Löwchen standard was published in a book by Count Henry de Bylart, Dogs of All Nations. Maximillian de Conick was the first documented modern breeder and exhibitor of Löwchen. In 1897, he sold Madame Madelaine Bennert her first Löwchen. Madame Bennert would become recognized world wide for her efforts to save the rapidly disappearing breed.

During the dark days of World War II, the devastation of Europe proved disastrous to many breeds. Political upheaval, devastated economies, entire families dispersed or killed meant pets were impossible to keep when people were literally loosing all that they had. Many dogs starved to death, some owners killed their pets as a last act of love, and many were killed by invading armies as they tried to protect their homes. A lucky few were sent from war torn countries in an effort to preserve breeds and bloodlines. In 1945, Madame Bennert began an exhaustive search for the few remaining Löwchen in an attempt to preserve the breed.

Dogs from Madame Bennerts kennel were obtained by Dr. Hans Rickert. His Von de Drei Löwen are behind every Löwchen of today. Through the heroic efforts of Madame Bennert, Dr. Rickert, and a few others, the Löwchen was persevered and began to spread through out the world. The first Löwchen was imported to Great Britain in 1968, the United States in 1971, and Australia and Canada in 1976. The Löwchen was officially recognized by the American Kennel Club in January of 1999.