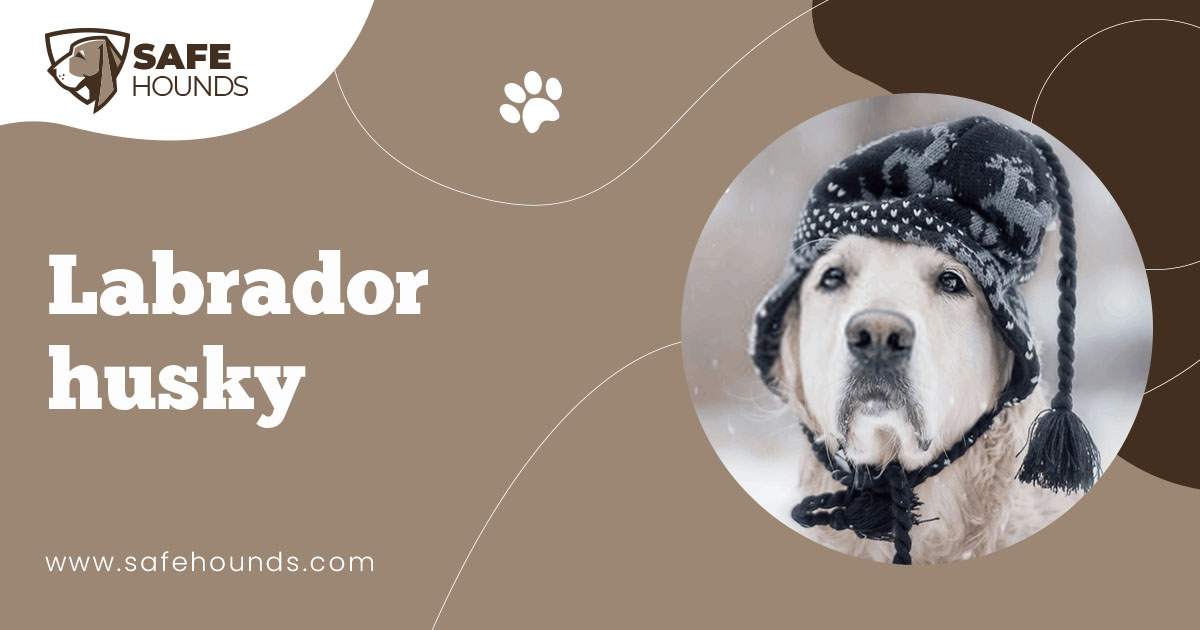 Sled dogs are dog types that are utilized to pull wheel-less vehicles. Most northern breeds were developed to be sled pullers. Apart from being extremely strong, these dogs have to have great endurance as they would need to pull sleds from 5 to 80 miles or even more in a day. The Siberian Husky and the Alaskan Malamute are two of the most popular breeds of sled dogs. Other breeds utilized in these snow covered areas may not have the recognition enjoyed by these northern breeds. Nevertheless, these unrecognized heroes are highly valued by the natives as these dogs are vital to their existence.

Labrador, a region in Atlantic Canada is the home of a spitz type breed of husky. This breed is believed to be developed by the Thule Inuit people. The Thule Inuit people have come to the far north of Labrador between 1250 AD and 1450 AD bringing sled pulling dog types with them. Harnessed with braided seal skin hide, teams of dogs were utilized to pull sleds with whalebone runners. To maintain the endurance and strength, the dogs were mated with wolves. These sled pulling dogs were eventually known under the Labrador Husky name, a name that was taken from its place of origin.

Labrador Huskies were originally utilized to pull sleds. The survival of the Inuit communities largely depends on the hunting skills of the natives but the assistance provided by these dogs can never be doubted. With the advent of motorized snow vehicles, utilization of the breed was somehow minimized. A Labrador Husky though is a versatile breed. A lot of these dogs have left their frozen native land and have assumed other jobs. These dogs are usually fed raw meat by the Inuits. In Labrador, the dogs often hunt prey for their own consumption thus they have a well developed hunting instinct. This makes the dogs excellent hunters and trackers. This is an intelligent breed. The dogs were trained to be narcotics and bomb sniffing dogs and to be service dogs for the disabled. Labrador Huskies have become outstanding search and rescue operation dogs as well. Dog sledding holidays have become a popular winter recreation. Labrador Huskies are often seen hitch in tandem or running in fan hitch and pulling the sleds of tourists.

A Labrador Husky has a striking resemblance to a Siberian Husky although some specimens may resemble a Labrador Retriever. This breed also has the physical features of a wolf given that wolves are a part of this breeds ancestry. In the course of the dogs development, crossing with wolves were allowed. These dogs were originally used to pull sleds. These crossing were done purportedly to create a strong dog breed that will also have great endurance. A Labrador Husky is a large breed. It is larger than a Siberian Husky and a Samoyed although slightly smaller than an Alaskan Malamute and a Canadian Eskimo Dog. The dog measures from 20 to 28 inches at the withers and weighs from 60 to 100 pounds. This breeds round head and the long narrow muzzle are profusely covered with fluffy fur. Pricked ears have pointed tips. The body is thick but it is sleek as well. The chest is wide and heavy boned. The dogs swiftness in pulling sleds is attributed to its aerodynamic conformation. This breed has existed for hundreds of years in the extremely frigid temperatures of the northern region where it has originated because they are fully equipped with a thick double coat that protects them from freezing temperatures. A Labrador Husky has long legs, strong feet and webbed paws that allow the dog to run swiftly in deep snow. Coat colors of this breed vary from black, white, red and gray. A Labrador Husky can have a solid black or a solid white coat. Black and white, gray and white as well as red and white coats can occur. Solid gray and a wolf gray coated individuals are very handsome dogs but these coat colors are very rare.

A Labrador Husky is often a misunderstood breed. This breed is noted for its excellent work ethics but some people are daunted of having this breed for a pet. In recent years, the dogs are seen in agility competitions and in search and rescue operations. These versatile dogs have excelled in other capacities as well although most of these dogs have evolved into home companions. This is an affectionate, loyal, lively and good natured breed that forms a strong bond with its family. Playful and very energetic, the dog makes a wonderful companion and playmate of the children. Labrador Huskies are accustomed to working with other dogs thus an owner need not be concerned that the dog will manifest an aggressive temperament against other dogs. However, because of a strong prey drive, this dog should not be trusted with smaller pets. A Labrador Husky makes a wonderful family pet. However, this intelligent and beautiful breed is not for everyone. An owner must have what it takes to be the master of the dog. The dogs trains easily but its intelligence can be a nightmare for an owner. Left to its own devices, these dogs can dig tunnels, can filch food from covered containers and generally be a hard to handle pet. A Labrador Husky would do well in an environment where there are other dogs that will form the dogs pack.

The Labrador Husky is a double coated breed. The dog is a heavy shedder. This means that the dog would need extensive grooming. The thick coat would benefit from daily thorough brushing especially when the dog is shedding. Regular brushing will remove the dead hair and the dirt that clings to the coat. This working breed can be bathed especially when it gets very dirty as it has a fondness for swimming in dirty water. Being a working breed the dog is expected to have high exercise requirements. Opportunities to let off steam must be provided for the dog. A Labrador Husky is a fairly healthy breed. It has a life expectancy of about 13 years.

Husky is the umbrella term for breeds of dogs generally utilized to pull sleds. The term husky is a corruption of Eskie, a derogatory term for the Equimaux. Equimaux are the indigenous tribes that inhabit the polar regions of Greenland, Canada, Alaska and Siberia. The Siberian Husky, Alaskan Husky, Greenland Husky are only some of the most recognized breeds of sled pullers. Not many people are aware that another breed of husky exists. The breed that calls Coastal Labrador home is the Labrador Husky. This breed has a rather confusing name. The name would give the impression that it is a Labrador Retriever and a husky mix. The Labrador Husky though is a purebred. This breed has the typical appearance of a husky but the breed particularly resembles a Siberian Husky.

Labrador, an area in the most easterly province of Canada is famous for the semi-precious stone labradonite. Natives of Labrador believe that the stone has mystical powers. Labrador is also the home of the Labrador Husky. This sled pulling breed is considered to be the work horse in this northern region. The Labrador Husky is a well utilized breed given that winters in Labrador usually start from early November and last till late April. This very handsome animal is relatively unknown outside its country of origin but it can never be denied that this breed has played an important role in the shaping of Labradors history.

The Labrador Husky is an ancient breed. This sled pulling breed is believed to have arrived in the area with the Thule Inuit people around 1300 AD. This breed is closely related to the other northern breeds but because of the geographical location of Labrador, ancestors of the Labrador Husky were cut off from the other northern breeds. The strength, stamina, vigor and other outstanding qualities of the breed have to be maintained thus, it had been the practice of the Thule Inuit people to breed the dogs with wolves. Present day Labrador Huskies are noted to exhibit some of the characteristics of wolves. In spite of the wolf ancestry, the Labrador Husky is not a wolf dog. It was also believed that Alaskan Malamutes and Alsatians were introduced to this breed by the Labradorian people. This crossing has resulted to a much larger, more wolf-like breed that has a striking resemblance with the Siberian Husky.