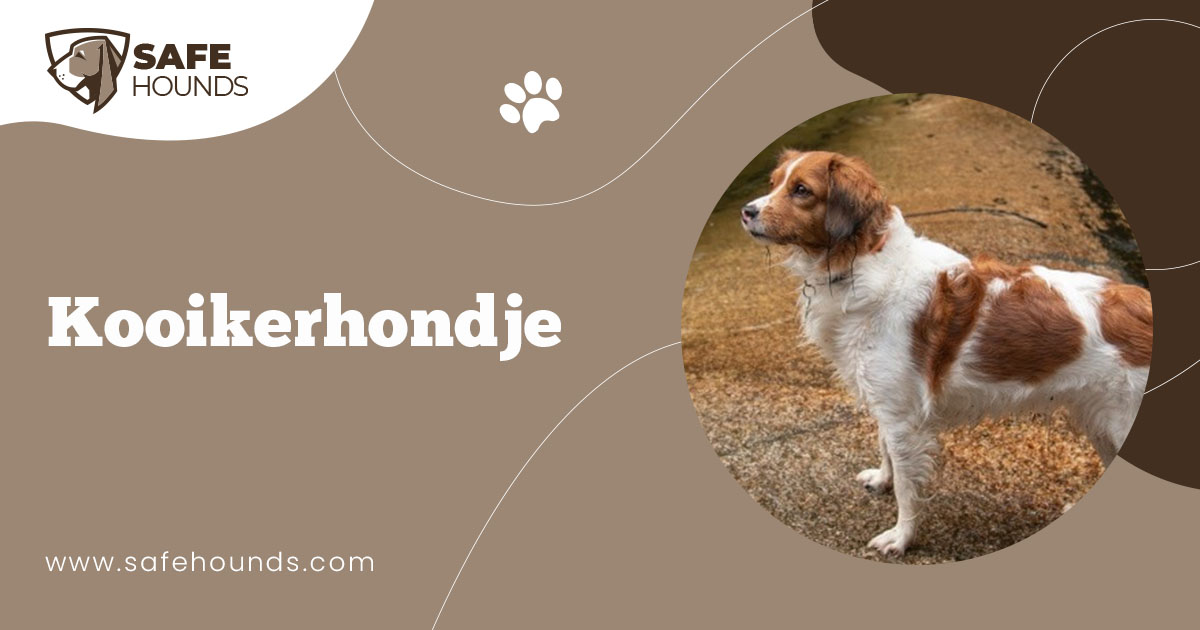 A Kooikerhondje is an important dog in Netherlands (Holland), its country of origin. This dog has saved the life of Prince William of Orange from an assassination plot. The dogs barked at the assassins, awakened and alerted the Prince who was able to escape.

Kooikerhondje is a working dog in the Netherlands. This spaniel type dog also goes by the name of Kooiker Hound, Kooiker Dog, Small Dutch Waterfowl Dog, and Dutch Decoy Dog. During the sixteenth century the Dutch have an ingenious way of hunting ducks. A trap they call eendenkooi are built on ponds that are most frequented by ducks. Kooikerhondje was taken from the name of the trap. It also means decoy dog and dog of the decoy boss.

Upon the hunters hand signals, the Kooikers would start tolling. Tolling is the manner of catching the ducks attention. Kooikers are intelligent dogs who used their white bushy tipped tail to entice and lure the ducks to follow. The dog would wave in and out of blinds and the curious ducks would follow further into the trap. By the time the ducks lose interest and return to the mouth of the trap, the hunter is already there to block the way with nets. This is a very efficient method of duck hunting, one that can easily capture a whole flock of ducks in one tolling.

To be able to stimulate the interest of the ducks without barking or making a sound, the dog has to be cunning and self confident. This can be a daunting feat as the ducks would be lured and not chased by the dog. This is the reason why the dog is most valued by the Dutch. Outside the duck hunting season, Kooikers have proven their worth by helping their masters destroy vermin. To be able to hunt the rats, the weasels and the other small animals that destroy crops and properties, a dog has to be agile, ferocious and have the perseverance to finish the task at hand. The Kooikers has all these admirable qualities.

Kooikers are magnificent looking dogs. The attractive white with red or orange patches made the dog more attractive. This unique coat would take two years to mature fully. A very distinct feature of the dog is the earrings. These are wispy long black tips on the dogs ears. Not all Kooikers have earrings. Years ago breeders use dogs with a lot of black fur hoping that the resulting pups would have earrings. This resulted to black and white and tricolored Kooikers. Although beautiful, these dogs were not able to meet the standard thus they were disqualified from competing in conformations. Normally Kookier pups would have black hairs that would be removed in the first shedding. Puppies that do not have black hairs will not develop earrings.

A Kooikerhondje is medium sized dog that has the appearance of a spaniel because of its fringed moderately long coat. The fairly thick coat that can either be straight or can have a slight wave is harsh to the touch but the dense and well developed under coat is very soft. White coat with red chestnut patches are the most common coat color although some Kooikers would have black and white or tricolored coats.

The dogs skull is broad and slightly domed, a prominent stop and a muzzle that is not too deep. Deep brown almond shaped eyes have an alert and friendly expression. Medium sized ears are long and hang closely to the cheeks. Preferred dogs are those with black wispy tips commonly called earrings.

The dog has strong jaws with upper teeth that overlap lower teeth thus having a scissors bite. Dogs body length is a bit longer than the height measured from the withers. Chest is deep and the ribs are well sprung. Straight neck is well muscled. The tail is densely feathered and most often would have a white plume.

Average height is 14 to 16 inches and weight is approximately pegged at 20 to 40 pounds.

Because of the medium size and the cute appearance, some people would opt to get a Kooiker for a house pet. This decision however, can be a big mistake most especially for a first time dog owner. These dogs are highly intelligent, can be stubborn but are known to be sensitive thus firm but gentle handling would be necessary. A Kooiker is a not a dog for everyone given that by nature this dog is a hunter and a worker, one with a lot of independence as well as ferocity. As soon as the puppy is acquired, the owner should manifest a strong leadership. The dog has the tendency to dominate and allowing the dog to be his own master can lead to disaster. It is necessary to show the puppy who the master is. However, training must be done in a firm but gentle manner as heavy handed training can have detrimental effects to this sensitive dog.

Once these dogs are trained owners will be rewarded with loyalty. Kooikers are very friendly, that is if the dog knows you well. These are affectionate dogs. They would appreciate all the love an affection you can dish out. They make ideal house pets as they are gentle with kids. They make good watch dogs too. Kooikers are naturally reserve and suspicious of strangers. They have an inherent trait to protect their territories. A Kooikers is known to be good judge of character and would discern at once an extraordinary situation from the body language and the voice of the master. Once a threat is detected the dog would growl and show aggressiveness.

Kooikers have a low tolerance to pain and are known to be sensitive to loud noises. A Kooiker, no matter how well socialized would react violently to roughhousing, commotion and loud noises. It is therefore necessary not to leave the kids alone with the dog. Moreover, aggressive dogs would need professional help.

Training Kooikers can be a challenge because of the dogs inherent attitude to intensely favor some people and animals and at the same time have extremely negative attitude towards other people and animals. This can lead to serious behavioral problems that would need to be addressed at once. As mentioned before, these dogs are sensitive. Shouting and reprimands can do more harm than good. Speak firmly to the dog whenever it has done something wrong and reward every good behavior. Kooikers are highly energetic dogs and your rewards could take the form of learning activities and exercises. Avoid food rewards as these dogs are notorious eaters. They gain weight easily if their diet is not properly regulated.

Kooikers would do well in apartments as long as they are given sufficient exercise to burn their excess energies. These dogs are naturally inquisitive and would appreciate a home with a fenced in yard where they would have the opportunity to run and to check everything that caught their fancy. Kooikers are hunting and working dogs. These dogs love the great outdoors. When they are not tolling ducks they are hunting mice and rats. Therefore owners have to ensure that the mind of the dog is stimulated through play and obedience training. Otherwise the dog will be bored. Needless to say, nobody would appreciate the handiwork of a bored dog.

Kooikerhondje would need very minimal maintenance. The dog does have a long coat and once a week brushing using a standard dog brush is enough to keep the beautiful appearance of the coat. Being duck decoys Kooikers have a naturally waterproof coat that easily repels dirt. Bathing should only be done when it is really very necessary as it could remove the natural water proofing of the coat. The dog shed every summer thus trimming the coat would not be necessary. However, nails should be trimmed and teeth should be cleaned regularly.

Kooikerhonje is an ancient breed that originated in the Netherlands. This dog was originally developed and used by Dutch hunters to lure ducks into traps. During off hunting season, these dogs would be busy hunting crops and property destroying rats, mice and moles. It is evident that the dog is a much love pet. This was shown in the 16th and 17th century paintings. The destruction resulting from the Second World War almost caused the extinction of the breed. The diminishing wild duck stock aggravated the situation.

In 1939, about 25 Kooikers were believed to be in existence. Luckily Baroness Van Hardenbroek van Ammerstol have taken an interest to the Kooikers and decided to rebuild the breed. She found Tommie, a female Kooiker in a farm in Friesland. Tommie was mated with Bobbie and produced the first litter in 1942. The only surviving pup was named Bernard van Walhalla. Tommie was mated with another dog and in 1943 produced four bitches that were named after the princesses of Netherlands.

The number of Kooikers increased from then on. In 1966 the breed was finally recognized by Dutch Kennel Club and although still rare in North America the breed is slowly but surely gaining recognition.