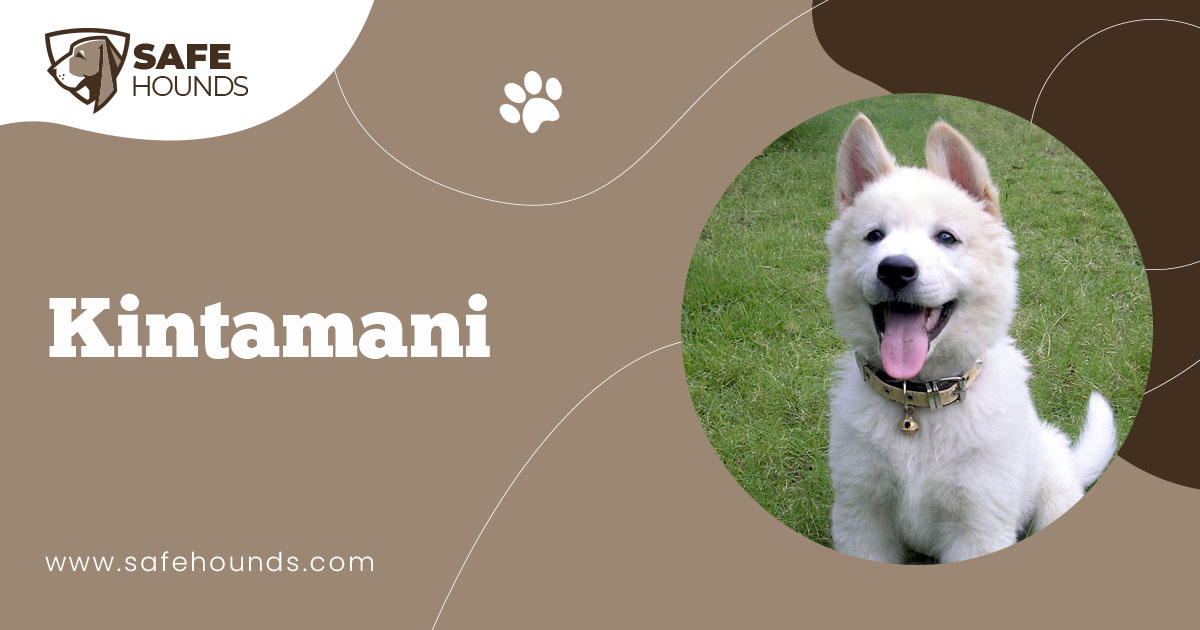 It is quite ordinary to see a cat sleeping on the roof or atop a fence as aside from being nimble footed, cats are noted for their good sense of balance. However, a white coated dog with apricot tipped ears sleeping atop a garden fence is rather an extraordinary sight. Dogs after all are not as agile as cats. Some breeds of dogs can jump a 7 foot fence but to climb a fence or a roof would be beyond the capability of these animals. Dogs are generally daunted by heights. But for a Kintamani, clambering a roof or a fence goes with the territory of being a stray. A Kintamani is a breed that was developed in the Kintamani region of Bali, Indonesia. This breed is commonly seen cohabitating with the feral street dogs of Bali in the Kintamani villages, in Sukawani and in Bali. What distinguishes this breed apart from the Bali street dogs is the gorgeous white, beige or black coat. The average street dog has a shorter coat while a Kintamanis coat is thicker and longer. Breeders purposely confine the dogs in the caves near the Kintamani volcano. They believe that that the darkness and the colder temperature inside the cave are essential in the development of the thick white coat.

Indonesian folklore has implied that these dogs have existed for over 600 years in Indonesia. This working breed could have developed from the Bali street dogs. The physical features of this breed resemble that of a Chow Chow so that the possibility that the dog has descended from this Chinese breed was also entertained. The distinctive form and the temperament of a Kintamani set it apart from the other street dogs. A lot of the Kitamani dogs in Bali are owned as the dogs are proven to be outstanding pets. However, many dogs are still roaming the villagenot owned and not cared for by anyone. These dogs are commonly seen living in caves and digging burrows to whelp.

The breed is gaining the reputation for being an excellent guard dog and family companion. Annual Kintamani competitions are held in Bangli Regency to promote the breed and to pave the way for its international recognition.

Along with the spectacular tourist attractions of Bali, a tourist would also see the dogs that literally littered the streets. Dogs wander aimlessly on the streets and live off on whatever they can scavenge. Among these roaming dogs, a breed will be noticed because of its distinctive appearance that sets it apart from the other strays. The breed has a well fed look. The dogs flat cheeks and flat forehead is similar to that of a Chow Chow. The healthy looking coat resembles the coat of a Samoyed or a solid white coated Malamute. This breed is the Kintamani dog.

This medium sized dog has a very elegant appearance. The long thick coat is predominantly white although black or brown coated dogs and bicolored (black and brown) dogs can also be seen. The tip of the ears, the tip of the tail and the hindquarters usually have red-orange or apricot colored hairs. Long hair on the shoulders form a frill. The back of the thighs are covered with longer hair. Thickly coated tail curls over the back and appears very similar to the tail of a squirrel. This breeds head is broad and clean. The forehead and the cheeks are flat. The length of the strong and big muzzle is proportionate to the size of the head. Medium sized almond shaped eyes are dark brown in color and have an alert and sharp expression. The nose similar to the skin has a black pigmentation. Set on high, the ears are strong and very erect. Complete set of teeth meet in a scissor bite. The tongue may either have blue spots or have a solid blue color. A Kintamani has an average sized body with a strong and level topline. The broad chest has oval shaped ribs and a brisket that reaches the level of the elbows.

The Kintamani dog is described as alert, vigilant and very territorial. This breed makes a reliable watchdog. The dog would attack dogs and other animals that enter its territory. A Kintamani would also manifest an aggressive behavior against strangers. Kitamani dogs are jealous dogs. The dog would bark at people already known to them. The dog would attack if they perceive even the slightest sign of danger for its people. Kitamani dogs are gaining the reputation of being good pets. Apart from being a beautiful breed, these dogs are friendly and very loyal to the people who care for them. This dog is playful and noted for its lively temperament. These dogs are now in great demand as pets because they are highly trainable. A potential owner though should be aware that these dogs are accustomed to roaming. A Kintamani kept as a pet would need a well fenced large yard. Apart from being fiercely territorial, these dogs have the great desire to chase cars and motorbikes. Allowing the dog to run freely would be dangerous not only to the motorist but also for the dog.

The gorgeous coat of this breed is one of its assets. This type of coat would benefit from a regular grooming routine. The coat would need to be brushed regularly to maintain its good condition. A Kintamani dog is a hardy breed. These dogs have thrived even when they need to scavenge for food. However, a Kintamani owner must ensure that the dog would have opportunities to use up its pent up energies. A Kintamani is a curious breed. A lively game, a walk around the block would ensure that the dog will not be bored. A bored Kintamani will be a very destructive pet.

Bali is an exotic tourist destination. Tourists all over the world are drawn towards this tropical paradise. Bali is not only famous for the Bali tiger, the Bali cattle or the thousands of orchid species. Kintamani, a Balinese town is famous for the coffee and oranges grown on the hillsides and exported to other countries. Kintamani is also famous for the Anjing Kintamani, a medium sized spitz type breed of dog. The Kintamani dog was named after the Kintamani region of Bali where the race was developed. This mountain dog has a well proportioned build. This dog is strong boned and well muscled.

The Kintamani dog does not have a precise origin. Similar to other breeds, several theories explain how this breed of working dog was developed. One theory supports the idea that this breed resulted from a fox, wolf and dog crossing. The Kintamani could have developed from the feral Bali street dogs. The breed could have arrived to Bali in 1343 with the Javanese invaders coming from the Majapahit kingdom. It is also possible that the dogs were brought along by the Javanese refugees fleeing from a civil war in the 15th century. Balinese folklore has implied that the breed has been cohabitating with the Bali street dogs for more that 600 years and that the breed has developed from the Chinese Chow Chow. Among the theories regarding the origin of this breed the latter is the most plausible. Folklore that was handed down from generation to generation tells how a wealthy Chinese trader named Lee arrived in the Singaraja in Northern Bali in the 1400s bringing with him his Chow Chow dog. The Chinese trader settled in the Kintamani mountainous region when he married into the family of Balinese King Jaya Pangus. The Kintamani dog was created when the Chow Chow was crossed with the local dogs. A Chinese temple, the place of worship for people of the Confucian faith existed in the Kintamani region validating the existence of the Chinese in Kintamani.

About 12,000 Kintamani dogs exist throughout the Bangli Regency. A Kintamani dog resembles a Samoyed and a white coated Malamute. The Kintamani is a good looking breed. This breed is highly valued and most sought after as a family companion because of its well balanced temperament. Efforts to have this official breed of Bali recognized by FCI are underway. The continued crossbreeding between the Kintamani with Bali street dogs and with other breeds concern breed enthusiasts as the practice threatens to dilute the purity and the rare genes of the Kintamani.