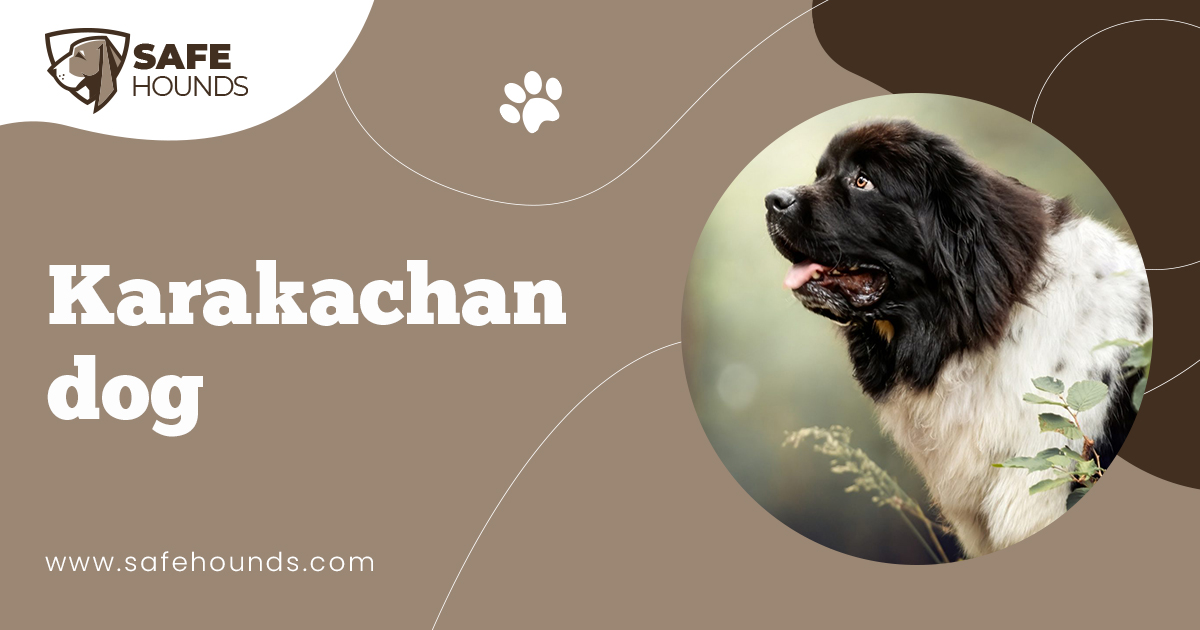 The Thracians are considered to be the oldest inhabitants in the Balkan Peninsula. The Karakahan, the nomadic people that are now found in Greece and in Bulgaria are noted to be of Thracian origin. The Karakachan are renowned stock breeders. With their conservative stock breeding practices and traditions they managed the extraordinary feat of preserving the Karakachan horse and the Karakachan sheep. These animals are considered to be the oldest breeds in Europe. The nomadic Karakachan has gifted the world with a breed of dog noted for its vitality and adaptability to unfriendly living conditions a breed that remains healthy in spite of meager food rations, a tough breed that is proven to be an excellent protector of livestock against predators the Karakachan Dog.

The Karakachan Dog also known as Bulgarian Shepherd Dog is believed to have originated from the ancient Thracian dogs making this breed Europes oldest. For centuries, this ancient breed of livestock guardian dogs have been bred and reared by proto-Bulgarians. The dogs were utilized to guard not only the livestock and the property but the owners as well. The Karakachan dog is a massive powerful breed with a well developed musculature of harmonic proportions. The dog has a typical molosser appearance. These long and coarse coated dogs are noted for their aggressiveness towards carnivores. The natural and conservative breeding traditions of the Karakachan have developed a breed with impressive working abilities. Bulgaria is a country with a large population of wolves and bears. The dog has a rather slow movement but it can chase wolves and can compete with this predators speed anytime. The breed has the necessary strength, agility and excellent fighting skills to deal with bears and other predators. These dogs are highly valued by the nomadic shepherds. Unlike other domesticated dogs, the Karakachan are treated as respected family members. The dogs are even allowed to eat first. The Karakachan Dogs have a vegetarian diet made from oats and wheat mixed with little milk.

Because of its outstanding qualities, the Karakachan Dog is considered to be a Bulgarian legend. The dog was depicted in Bulgarian folklores and in classic Bulgarian literature. Presently there are about 600 to 700 purebred Karakachan dogs in Bulgaria

The Karakachan Dog is a long haired large breed with a well developed musculature. This breed has a well defined sexual dimorphism. Males are much bigger and heavier than the females. A male dog measures from 26 to 30 inches at the withers and weighs between 99 to 125 lbs. Measured at the withers, a females height is from 25-28 inches. and weight is from 88-114 lbs. A Karakachan Dog has a massive broad skull with a shallow furrow on the forehead and slightly developed superciliary arches. The massive muzzle that is shorter than the skull is wider at the base and gradually tapers to the large and well pigmented nose with wide nostrils. Thick and close fitting lips are well pigmented. This dog has strong jaws. The complete set of white teeth meets in a scissor or pincer bite. Small eyes are deep and obliquely set. Dark pigmented eye rims and dark or hazel eye color give the dog a grim though intelligent and confident expression. Small V shaped ears are set rather low and hangs close to the skull. The short powerful neck is well connected with the head and the body.

This livestock guardian has muscular and well pronounced withers. The straight back is well muscled. Medium in length, the broad loin is muscular as well. The broad chest is deep but not barrel shaped. The muscular belly is slightly tucked up. The tail that reaches the hock is well covered with long rough hair. On the move, the tail is carried over the back either curled or in saber form. At rest, the tail hangs low with the tip curved. The tail is generally long reaching the level of the hocks but some individuals are born with short tail. The breed has a thick and elastic close fitting skin. A slight dewlap can only be seen on the part of the neck that is near the abdomen. This breed has a long to medium long coat. The legs, the feet and the face are covered with shorter hair. A white coat with large black or brown markings on the face and on the base of the tail is most common. Dogs with solid white or solid black coats are also seen.

Karakachan dogs were primarily developed to be working dogs as such they would be happiest when they are working. The dogs are very territorial. Bulgarians are aware of the fact that the livestock must be approached cautiously whenever the dog is around. These dogs may be wary of strangers and show an aggressive temperament but they are extremely devoted and loyal to its family. The dog commonly forms a strong bond with its people especially with the children. Owners of this breed however must realize that a Karakachan Dog is a working breed that is accustomed to staying with the flock outdoors. The breed is not a home dog. It would do best to live in a farm where it will have the great outdoors for its play ground. Being a working breed, the dog is expected to have high exercise requirements. A well socialized Karakachan dog would tolerate smaller pets.

Grooming working breeds generally take a back seat as the dog would be valued for its working abilities and not for its appearance. A Karakachan dog however would need regular grooming because of its thick longish coat. The coat has to be brushed two to three times every week to maintain its good condition. Frequent bathing though must be avoided as it will strip the natural oils that weatherproof the coat. This is a fairly healthy breed. Well cared for dogs can live up to 14 years.

Ever since the ancient time, dogs have always been important to man. The friendship between humans and this animal was formed for untold thousands of years. Dogs have generally helped ancient man survive by performing various tasks. Because dogs are highly valued, maltreatment of these animals is considered a serious crime that results to severe punishments. The ancient tribes in the Balkan Peninsula have always kept herding dogs. These dogs have accompanied the nomadic tribes in their seasonal migrations. This resulted to the development of several types of herding dogs. The Karakachan Dog, a breed whose ancestors have started to develop in the 3rd millennium BC is considered to be one of the oldest breeds of dogs in Europe. Similar to other ancient breeds, the precise origin of the Karakachan Dog is unknown. This herding breed, similar to other Turkish and Balkan molosser breeds is believed to have descended from ancient Central Asian and Tibetan mastiffs. This ancestry made the Karakachan Dog a close cousin of Turkeys Akbash and Karabash, of the Tatra and Carpathian Mountain dogs, the Caucasian dog and the Shar-mountain dog. This breed is closely linked to the Karakaya, a rare type of Turkish mountain working dog given that the name karakacha has a Turkish origin that means black fugitive.

This breed of herding dog was named after the Karakachan, a group of Greek transhumance shepherds that settled in the Balkan Peninsula. These people are the oldest inhabitants of the Balkans. These nomadic shepherds of Thracian origin are known for their conservative breeding practices. These people managed to preserve the Karakachan horse, the Karakachan sheep and the Karakachan dog which are considered to be the oldest domesticated animals in Europe. In the seasonal migration of the Karakachan herdsmen, the livestock along with the herding dogs were brought from Thessaly to Greece, Macedonia, Romania and Serbia. In Bulgaria the breed was given the name Karakachansko Kuche. The breed was highly valued in Bulgaria. The dogs were utilized to guard and to move livestock over great distances. The farming industry was nationalized by the Bulgarian Communist Government in the 1940s. The Karakachan herders were a discriminated minority under the communist rule. The livestock were taken from these people and placed in communal farms. Without herds of livestock to protect, the dogs were relegated to being property guardians. Dog population slowly dwindled. By 1960s, the remaining Karakachan dogs were integrated with the Bulgarian Shepherd Dogs. The Bulgarian government ordered the extermination of the useless dogs whose services in the collective farms became unnecessary. Thousands of dogs were killed over the next 20 years. The breed has almost gone extinct. Through the efforts of fanciers of the breed, the Karakachan Dog population has slowly but steadily grown. This breed has reached foreign soil. About 200 Karakachan Dogs are now being utilized as flock guardians in United States.