Is ringworm really caused by a worm?

Home / Blog / Is ringworm really caused by a worm? 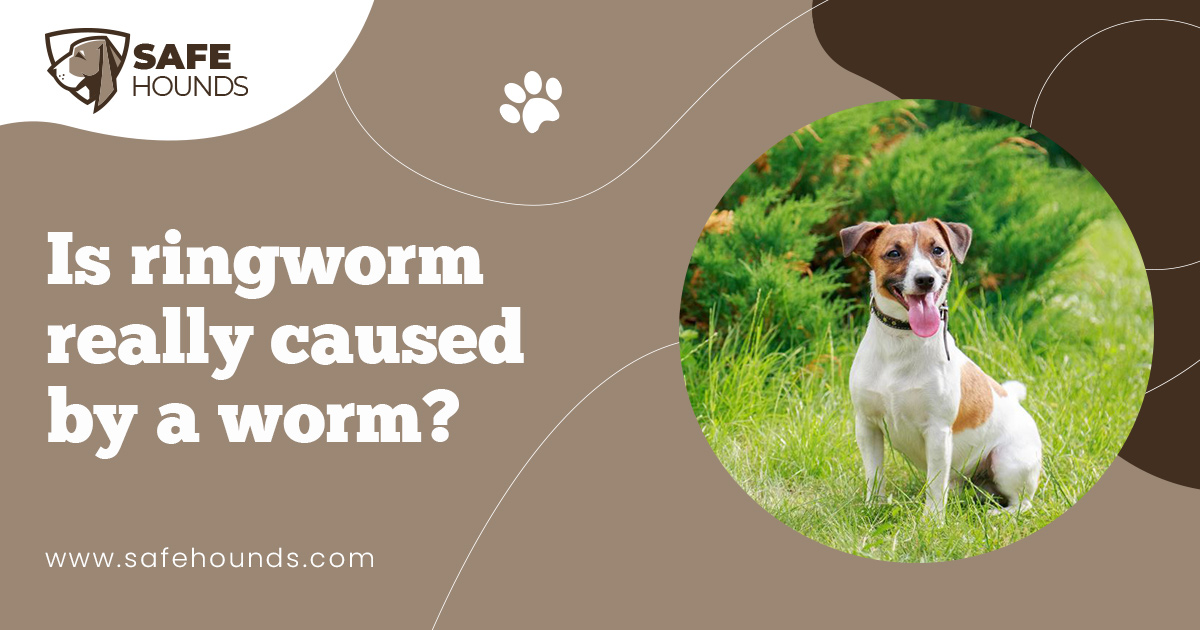 Is ringworm really caused by a worm?

Dogs play host to a lot of parasites. Aside from the fleas, ticks and mites, dogs are as well infested by several kinds of worms. The common worm parasites of dogs are whipworms, tapeworms, roundworms, hookworms and heart worms. Dogs can have ringworms as well. However, despite the name, the round hairless lesion is not caused by a worm. The circular and raised edge of the lesion was once believed to be a curled up worm inside the skin.

Ringworm is a common skin disease of dogs. The reddened lesion with a pale flaky crust in the center will cause severe itching. The dogs excessive scratching coupled with the fungis effect of feeding on the hair shafts will ultimately break the hair strands and result to unsightly circular bald patches. The frantic scratching will cause the rapid spread of the fungal infection. The typical circular lesion would take on an irregular shape when the bald patches connect. Severe infection will cause the dogs coat to have a moth-eaten appearance.

Dermatophytosis is the correct name for this skin disease. Instead of a worm, microsporum canis and microsporum gyseum are actually the two types of fungus that brings about the occurrence of the reddened circular lesions. These fungi are classed as dermatophytes as they are plants or fungi that are found on the skin and feed on hair and dead skin cells. These dematophyte fungi have hardy spores that can live in the environment for years and still remain infective. The spores are airborne and once it gets in contact with the skin of dogs, the spores will settle and stick on the hair follicles of individual hairs. In 10 to 12 days, the spores will cause small round circles on the head and face, on the tail, paws and ears of the pet. At the onset of the fungal infection, the lesions will not be itchy. The lesions will eventually become itchy and the dogs incessant scratching will cause the skin to break open. Infection can set in.

Signs of ringworm can mimic other skin diseases. Not all ringworms are spherical in shape thus it can be mistaken for demodectic mange. The fungal infection is oftentimes mistaken for an autoimmune disease as well. Ringworm is not a life threatening disease. Some cases of this fungal infection are self limiting thus treatment may not even be necessary. However, a pet diagnosed to have ringworm can transmit the fungal infection to the family. Elderly people and children are at risk. The spores can be transmitted to humans when the dog is petted. Other pets that play with the infected dog can be infected as well. Naturally, dog owners would not want to have a pet with an unsightly appearance. Itching associated with severe infection will cause the dog immense discomfort. Treatment therefore is necessary.

As with any other disease correct diagnosis is necessary so that the appropriate treatment can be given. The circular lesion with raised edges is a typical sign of ringworm but tests would still be necessary Ringworm is commonly diagnosed with woods light. A microscopic test will confirm the presence of spores in the damaged hair.

As mentioned, ringworm can heal on its own even without treatment. However, the healing process can take a long time so that the fungal infection can spread not only to other dogs but to the human family as well. Veterinary dermatologists commonly prescribe fungal shampoos and antifungal creams to inhibit the spread of fungal infection. Ringworm is not a serious disease but it takes a while before treatment can work. The lesion would get bigger before it slowly disappears. Disinfection of the pets environment will be necessary as an infected dog will continue to spread the spores while being treated.