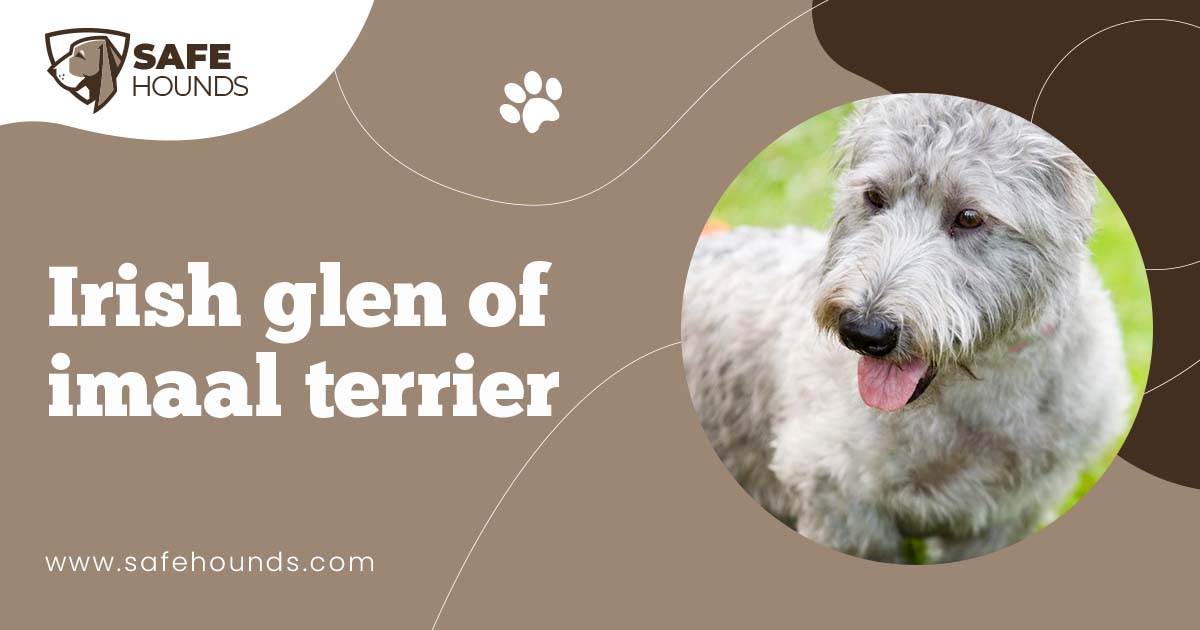 The Irish Glen of Imaal Terrier is a breed of dog that was once deemed to be on the brink of extinction with only about 1000 dogs extant all over the world. This breed is considered to be rarer than the Panda given that breed books have very small registrations for years. The decline in the population of the breed was attributed to the preference for other breeds of small designer dogs. The Shih Tzu, for instance is favored and owned by celebrities like Britney Spears and Paris Hilton. Of course this is not the only reason for the decline in the population of the breed but it can not be denied that public figures do play a hand on the popularity of anything and that includes breeds of dogs.

The Glen as the breed is fondly called by its fans is a breed of dog that belongs to the terrier category and one of the four terriers that the beautiful and folklore-rich country of Ireland shares to the world of dog lovers. The Glen of Imaal Terrier actually originated from the austere but picturesque Glen of Imaal in Wicklow County, Ireland. Ireland has gifted the world four charming terriers – the Kerry Blue Terrier, the Irish Terrier, the Soft Wheaten Terrier and the Irish Glen of Imaal Terrier. Of the four breeds the Irish Glen of Imaal Terrier is the least known. This breed is often mistaken as a short legged soft Wheaten Terrier, as a Sealyham, a popular show dog and a miniscule Irish Wolfhound. The Glen is an old breed but it was ignored for a long time as it was confined to the stark Glen of Imaal for hundreds of years.

The Glen was initially developed to be a vermin hunter though later on the dog became an adept fox and badger hunter. Glen of Imaal folks however have developed the terrier for a unique task. This dog was trained to be a turnspit dog. The turnspit is an ancient version of todays rotisserie. The spit over the heart would turn when the large wheel is paddled by the dog. The bowed front legs and the strong hindquarters enable the dog to tirelessly turn the big wheel.

The Glen is a small dog but it has the strength, stamina as well as the will power of bigger breeds of dogs. The appetite of this breed is the same as that of a Great Dane. These are strong courageous dogs that will not back down from a fight. During the ancient times this breed is used in dog fights. Dog experts attest that the only way to release a Gl2ns death grip is to firmly press the throat of the dog.

For the past ten years, the Glen of Imaal Terrier has landed on top of Britain Kennel Clubs endangered list. The Glen however is a wonderful breed and it has started to gain the favor of dog lovers. The 20th century seems to be a fruitful era as the limelight has finally shone on this breed.

The Glen of Imaal Terrier may be a medium sized breed but it gives the impression of substance and strength. This big dog on short legs is dubbed as the tough little Irish dog because of the sturdy appearance and the stoic and courageous temperament. This breeds powerful muzzle tapers to a black nose. The medium sized brown eyes are set well apart. Small rose shaped ears are pricked when alert. When the dog is at rest, the small ears are thrown back. Neck that is moderate in length is very muscular. The dog has a level topline, a strong loin and a chest that is both wide and strong. The ribs are well sprung. The docked tail has a strong base. Carried gaily, the tail shows the active, playful and lively temperament the breed.

The dogs neck is moderate in length but very muscular. It has a level topline, a strong loin and a chest that is both wide and strong. The ribs are well sprung. The docked tail is thick at the base and carried gaily. This shows the active, playful and lively temperament of the breed. The Glen of Imaal Terriers legs are short but well boned. The bowed front legs can be compared to Chippendale furniture as the front feet is slightly turned out and pointing to a 10 oclock and 2 oclock positions. The strong forequarters and hindquarters as well as the front feet that is slightly turned out from the pastern are what make a Glen an excellent turnspit dog.

The longer than tall body and the extremities are covered with double coats. The outer coat is quite harsh to the touch though the undercoat is downy soft. The medium length coat is usually wheaten or blue brindle in color. Puppies can have black or tan coats. Some can have black tan highlights that eventually fade when the dog matures and develop full tan colored coats.

The Glens are known to be silent workers. These enduring hardy dogs are not barkers though when other dogs in the household bark Glens would bark too. Surprisingly, the bark would be deep and resonant and if you do not see the dog you will think that the one barking is a large dog. Glens make excellent home companions as they are easy to live with. These dogs are very affectionate but they do not demand constant attention from the human family. A Glen is highly adaptable. A Glen would do equally well in a home with acres of land or in an apartment. They can be very active and playful when asked to be with the children but can also be couch potatoes that will be content to be inactive inside the house. These are not hyper dogs. A Glen will take care of its own exercise needs. A Glen would enjoy a romp in the park or a good walk through the woods. These dogs love to swim but they are not strong swimmers because of the short legs. Owners must be vigilant as a lot of Glens have drowned.

A Glen would be friendly with other dogs but because of a high prey drive they have the propensity to chase other furry animals. Proper socialization and obedience training is required. This intelligent dog learns quickly but being a terrier, the dog is typically stubborn and possesses and independent streak. However, once trained the Glen will be a great well mannered home companion.

A Glens top coat that grows to about 3 to 4 inches in length is prone to matt formation. Thorough brushing with a slicker brush done at least twice a week will nicely remove dead hair. A stripping knife used to rake the coat will remove ready to fall out under coat. This breed will require stripping every six to nine months. This should not deter prospective owners from getting a Glen as stripping once learned can be easily done in an hour. Nails must be regularly trimmed. Hair on the dogs ear canals must be plucked frequently.

The Irish Glen of Imaal Terrier originated from the wild, stark, lonely though very beautiful Glen of Imaal situated in the Wicklow Mountains. Centuries ago, this glen was inhabited by a tribe known as Uli Mhail. During the reign of Elizabeth 1, this barren valley saw much action and has been the site of numerous battles between the Irish and the English soldiers.

Unlike other ancient breeds with cloudy origins, the history of this breed is quite specified. Most British monarchs have faced troubles in Ireland. Queen Elizabeth 1 was no exception. This time the queen was faced with a bonafide rebellion. The problem was confounded by the fact that the queen has neither standing army nor funds to hire mercenaries. Ever enterprising, the queen made a deal with Flemish and Lowland soldiers. Tracts of Irish land will be given to the soldiers as payment for doing the queens bidding. The soldiers who settled in the glen brought several types of dogs and among them is a low to the ground dog with a harsh coat. Mating with the native Irish dogs would be inevitable. The cross breeding resulted to a breed of terrier that was primarily utilized to rid the house of vermin and hunting foxes and badgers. This dog was also trained to be turnspit dogs. A turnspit is a large wheel that is attached to a pulley. The dog will paddle the wheel consequently turning the spits on the heart and evenly cooking the meat. For hundreds of years this dog was ignored and has not gained public recognition until the breed was recognized by the Irish Kennel Club in 1934. Among the four Irish terriers the Glen was the 3rd to be recognized. Presently, the Irish Glen of Imaal terrier is officially recognized by FCI, by the Kennel Club of Great Britain as well as by other associations of rare canine breeds.