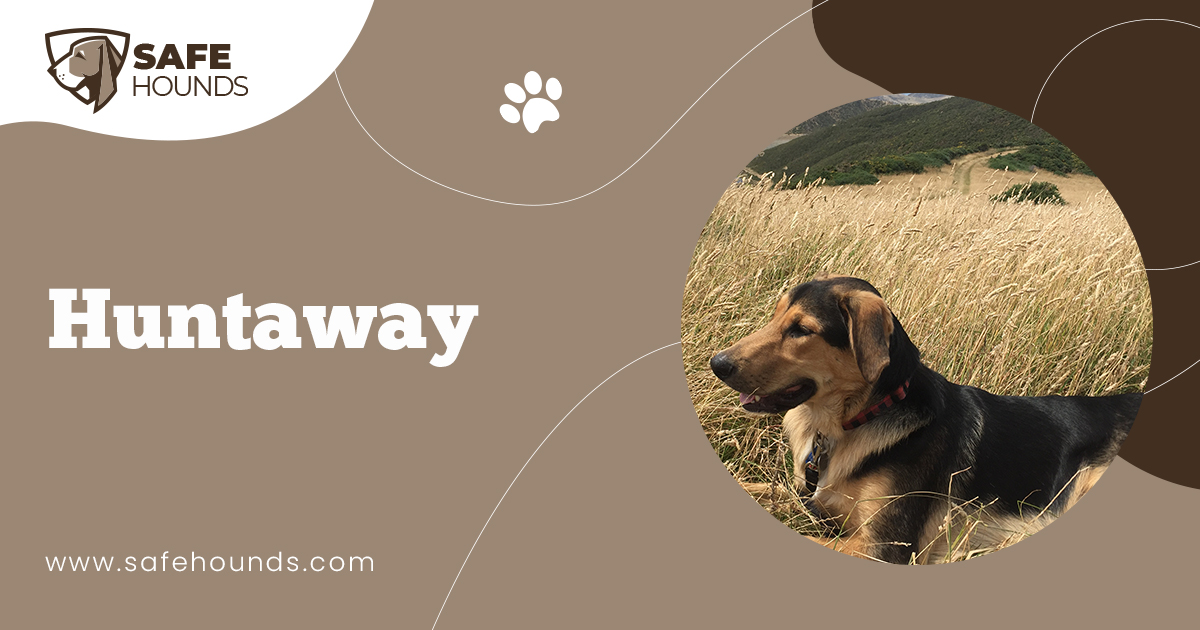 A monument of a Huntaway dog made the small community of Hunterville in the North Island of New Zealand famous. The Huntaway breed of sheep dog is highly valued by sheep farmers in this country. In New Zealand where there are about 45 million sheep, herding dogs would be very much in demand. These herding dogs are very necessary to control large flocks of sheep. The Huntaway, also known as the New Zealand sheep dog is one of these breeds. Huntaway dogs are usually worked alongside the New Zealand Heading Dogs. An average sized sheep station would customarily have about five Huntaway dogs and two Heading dogs. While the Huntaway will chase or drive the sheep with its voice, the Headers, named so because they will be stationed at the head of the flock will work closely with the sheep to bring the flock back.

arious breeds of dogs during the 1900s. The primary objective of the breeding program is to develop a breed that will have more stamina to be able to cope with task of herding large mob of sheep. Moreover, the breed has to be able to drive the sheep by using its voice. The Huntaway, the breed that was developed is a par excellence sheep herder. This is an intelligent breed. The shepherds were able to train the dog to efficiently move the stock by responding to the humans hand signals and whistled commands. A different pitch emitted by a small whistle signifies different commands that are surprisingly understood by the dog.

The Huntaway was developed from the Collie and from various breeds of dogs. Thus it is expected for this herding breed to have a very diverse appearance. These dogs come in various sizes, coat types and coat colors. No specific standard was set for this breed as they are valued for their working abilities rather than for their appearance. This breed is not the right choice for a dog owner that gives more importance to the beautiful appearance of the dog for the simple reason that this breed is not particularly attractive. Huntaway dogs were purposely developed for work and not for show. It is quite common to see a Huntaway that is bigger than a Border Collie although one can also find specimens that are rather small. Generally, a Huntaway measures from 20 to 24 inches at the withers and weighs from 40 to 65 pounds. The dense coat can either be long or short. Coat texture can be smooth, rough or grizzly. Long haired Huntaway dogs are referred to as beardies. The most prevalent coat colors are black, black and tan and black, tan and white (tricolored). Occasionally, white or brindled dogs are found. A black coated dog can have tan markings similar to that of a Doberman. As mentioned a Huntaway does not have an attractive appearance but one with a black saddle, tan head and tan legs is a rather elegant and comely dog. Eye colors of this breed vary as well. Common eye colors are blue, brown, and orange brown. Due to the Border Collie ancestry, a Huntaway can be wall eyed – one eye is blue and the other would be brown. Set wide apart, the ears are half folded. This herding breed has a long and thick tail that is usually held erect. A Huntaway is a long and heavy legged breed.

Huntaway sheep dogs were primarily developed to be herding dogs but the dogs have become increasingly popular as home companions. These intelligent dogs train easily because they do not have the stubborn temperament manifested by other intelligent breeds. This breed is actually a one-master dog but it does have a friendly temperament that makes it a suitable choice for a family with small children. These dogs are devoted and loyal to their owners, patient and playful with the children and friendly with other animals. These are qualities that make a dog an excellent pet. These dogs though would be a poor choice for a watch dog because of its friendly nature. This breed can live in an apartment as long as the rather high exercise requirements of the dog are met. The dog would benefit from long brisk walks everyday. However, prospective owners of this dog must be aware that a Huntaway was purposely developed to be barkers. This is a noisy breed. Keeping this dog in apartment can result to irate neighbors. The dog though is very intelligent. Owners have attested to the dogs capability to be trained when to bark and when not to bark.

The Huntaway is a low maintenance breed. Working dogs are not normally groomed as in most cases, the dogs stay with flock. Smooth coated Huntaways are more preferred over the rough coated dogs given that rough coats tend to pick up more burrs. Nevertheless, the dog would benefit from regular brushing as it helps distribute the natural oils of the skin that moisturize the coat. Bathing must be done only when the dog is very dirty or smells really bad as frequent bathing can strip the natural oils of the skin. These dogs are not fussy eaters. Well cared for, the dogs are known to live for about 12 to 14 years. A Huntaway is a working breed. As such, they are expected to have high exercise requirements. Owner of working dogs may not be bothered by ensuring that the exercise requirement of the dog is met. However, Huntaway that are mainly kept as pets must be taken on long daily walks and allowed to run off lease in a yard well secured with a fence.

The Huntaway is considered to be a part of New Zealands heritage. This country enjoys rainfall throughout the year creating a rich pasture land that is suitable to sheep farming. Sheep was introduced to New Zealand by Captain Cook in 1773. Sheep population grew in no time. Big flocks of sheep are seen throughout New Zealand. In fact, sheep population is bigger than human population. Large flocks of sheep are cared for by a few shepherds with the help of herding dogs. For a while the herding dogs that were imported from other countries have managed the sheep. However, the Collies proved to be inadequate as they were unable to cope with task of herding large massive flocks of sheep. The long hair of the Collies makes them unsuitable for the warm climate. Because the dog tires easily the shepherds are often seen looking for the dog. The dogs are commonly found lagging behind about half a mile away from the flock. A breed of dog that has the stamina and the innate will to work is needed. This need paved the way for the development of the Huntaway.

The Huntaway was developed in the 1900s. Because the hairy dogs that were brought from Great Britain were noted to be silent workers, herding dogs noted for their propensity to bark were introduced to the Collies. Dogs with notable stamina were also bred on. German Shepherds, Border Collies, Black Lab, Rottweiler were some of the breeds introduced to the gene pool to create the bred that is now known as the Huntaway. Finally, a breed with the desired qualities was developed.

Due to the mix origin, the Huntaway is noted for its highly diverse appearance. The looks of this herding dog though is not important. What counts most is the dogs working ability. The voice of the dog is one of its most valuable assets. A Border Collie would quietly bring the sheep to the shepherd oftentimes causing stress on the sheep. A Huntaway uses its voice to drive the stocks. As it can work from afar, it would not cause undue stress to the stocks. These dogs are playful but unlike the Collies they do not bite the stocks. Huntaways are commonly seen at the tail end of the flock making sure that no sheep is left behind. These dogs became an important appendage of a New Zealand shepherd. Thus, special events are conducted to develop and to showcase the dogs sheep herding abilities. These trials are commonly referred to as huntaways. The dog is made to chase 3 sheep up a hill and drive the animals between markers set 3 meters apart. The dogs are judged on the noise they make and on how they deal with the sheep. The dogs were eventually given the named huntaway. The dog was exported to Great Britain where it was utilized as a sheepdog. In Japan the breed is becoming an increasingly popular home companion. The Huntaway is a highly valued breed by New Zealand shepherds but it is not recognized by the New Zealand Kennel Club.