How do dogs see color? 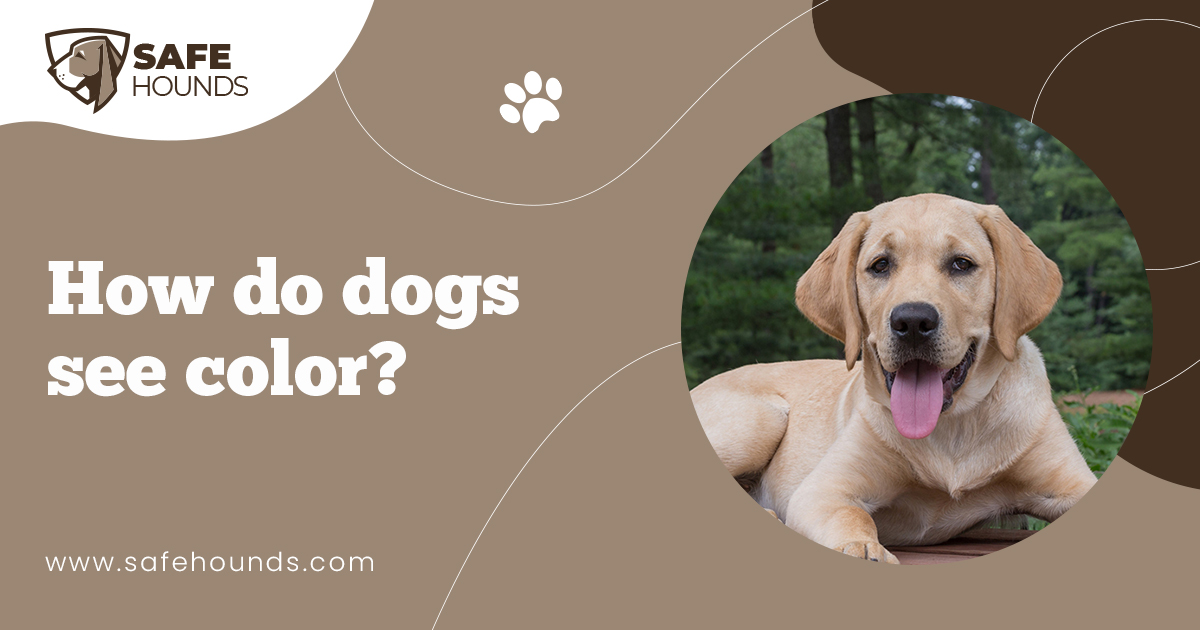 How do dogs see color?

We know that dogs can see better in the dark. This is one of the reasons why we sleep soundly at night. After all, Pooch is there to warn us of any intruders. But have you ever considered what would be better appreciated by the dog? A red or a blue ball?, a green or a violet squeaky Mallard toy duck? Have you ever wondered if the pet is appreciating its brand new blue blanket? There was a time when dogs are believed to be color blind. Not so long ago, even vets and dog experts believed that dogs can not distinguish different colors. Partly this is true. Dogs may not be able to see the colors of the rainbow; they may not appreciate their green doggie bowl unless it is filled with their kibbles and crunchies but dogs are not color blind rather dogs are color limited.

As mentioned, it was once believed that dogs are color blind and that everything they see are in white, black and various shades of grey. This was before studies on canine vision were conducted in 1980s by Jay Neitz in the University of California, Santa Barbara. The research has proven that dogs do see color, but their vision is less detailed than what we humans have. Canine vision has a limited range thus they can not differentiate between the red, green, orange or yellow. Our furry friends are red and green color blind! The eyes (both of canines and humans) have special cells that catch the light. These cells that are called cone photoreceptor cells controls color perception. Dogs see a bright but less detailed less rich and less intense world because they have lesser cones than humans. Rather than 3 cones dogs only have 2 cone types. Humans have 100% cone in the central part of the retina while dogs only have approximately 20%. The combined activity of the three different types of cones gave humans full ranged color vision. A person missing one cone type will still be able to see colors but the person would distinguish fewer color thus he will be termed as color blind. As canines only possess 2 cone types, they do not have the fovea area thus their eye for detail will be 6 times inferior to that of the humans. The normal red, orange, yellow, green, blue, indigo and violet colors of the rainbow will be seen by Fifi as red, yellow, yellow, yellow, blue, indigo and violet. To a dog the green and orange colors would appear to be yellow and blue-green colors would be white or grey and the violet and blue will be lumped together as blue. Basically, the world as seen by a dog is colored in yellow, blue and gray.

Our canine friends may be color blind but they do have better night vision and they can detect movements much better than we humans can. Dogs have an excellent night vision because they have more rods that enhance night vision. Moreover, they have Tapetum Lucidum, a structure that is not present in human eye. This structure behind the retina is a reflective surface that reflects back the light and allows the dog to see much better than humans at night.