How do dogs communicate? 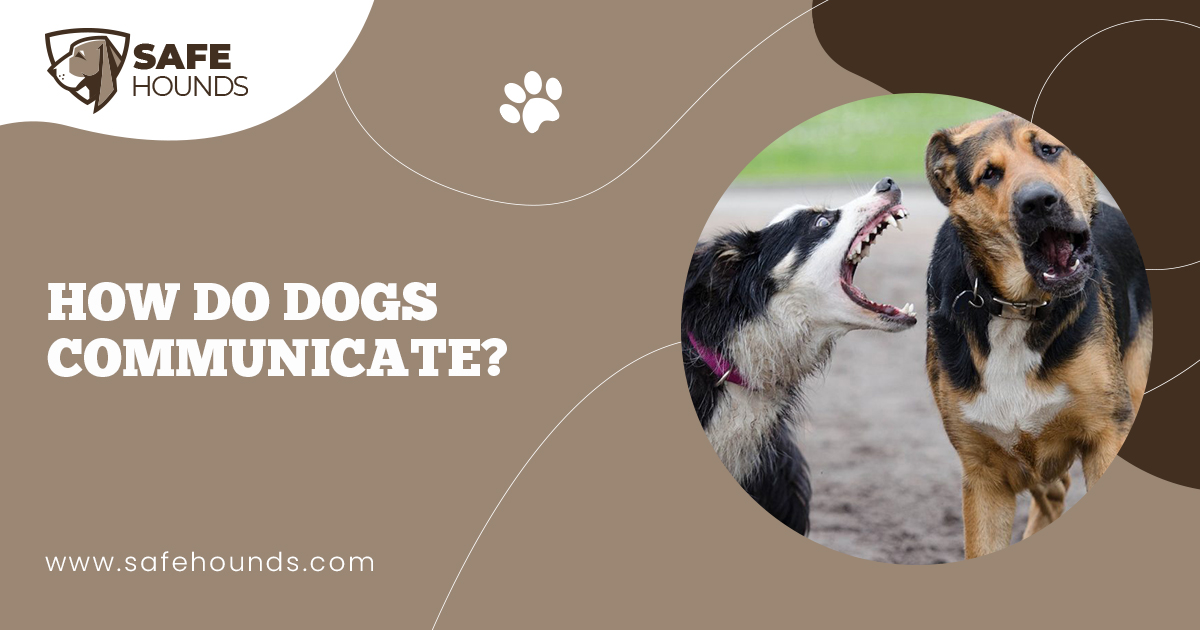 Dogs are mans best friends and companions. These furry creatures have provided man with joys, unconditional love, loyalty and companionship. These friends have been the silent receivers of all our problems and woes. Wouldnt it be wonderful if our canine friends have the ability to communicate verbally as we do?

In spite of their inability to talk, a dog can communicate what it wants to say by barking, whining and even howling. With various facial expressions, body movements and tail wagging the dog can impart its message. A dog was able to save a baby from drowning. The mom left the baby to answer the phone and the baby has crawled to the pool area. Fortunately, the mother paid attention to the barking of the dog. A dog insistently tugging at the pajamas of its sleeping master alerted the man that the house is on fire. Prince William of Orange owes his life to a Kooikerhondje when the dog alerted the prince to an assassination plot.

It is quite interesting to see dogs communicate with each other. They use the ears, eyes, the mouth, the tail to send signals. The alpha male will assume a dominant posture while dogs lower in rank will be submissive. By growling and baring its teeth, the alpha male will remind a dog of its position in the pack. In the wild, wolfs communicate with the pack by howling. Studies conducted on the behavior of the wolves have noted that an early morning howl will be answered by the howling of other wolves. The howling would seem to be the packs way of greeting each other good morning and notifying everyone that all is well. Dogs are social animals. Notice how dogs sniff each others rear ends when they meet. This is a form of communication ritual. Dogs use other parts of their bodies when they communicate but the tail is most commonly used. A dog can communicate with another dog at a distance simply by wagging its tail. Tail wagging is the counterpart of the human handshake. A tail that is held between the legs signifies that the dog is submissive. On the other hand a rigid tail that is held high with the tip slightly wagging means that the dog is aggressive and dominant.

Dogs communicate with humans in pretty much the same way as they communicate with other dogs and with other animals. An observant owner would never find it hard to understand what the pet wants to say. When the pet barks incessantly it may be trying to attract your attention. The water bowl may be empty or the dog may be uncomfortable. Dogs are highly intelligent animals. They are constantly watching the masters every move. True, they cannot verbally express their feelings, they can not say what they are thinking but they would know when the master is sad, when the master is troubled and would offer comfort by snuggling or by licking the masters face.

It is really quire fascinating to see the dog trying to communicate with humans. Some dogs will whine, walk to the door and look at the owner with its doleful eyes if it wants to be taken for a walk. It knows when the owner is about to go to the grocer. Some dogs will even approach the owner with the leash in its mouth. This means that it wants to come along. Understanding what the pet wants to say is not that hard. You only have to be patient and try to figure out what the message the pet is trying to impart. Unfortunately, some owners do not have the time or the patience necessary to understand the dog. Rather than see why the dog is barking, the dog is told to stop. This would naturally frustrate the dog. Frustrated dogs become destructive. Surely you would not want your pet to decorate the lawn with holes or you would not want to buy a new sofa!

Dogs have different personalities. This goes without saying that dogs would have a different way of communicating with their masters. It would be up to the human to take time to understand what the dog wants and to learn how to communicate with the pet.