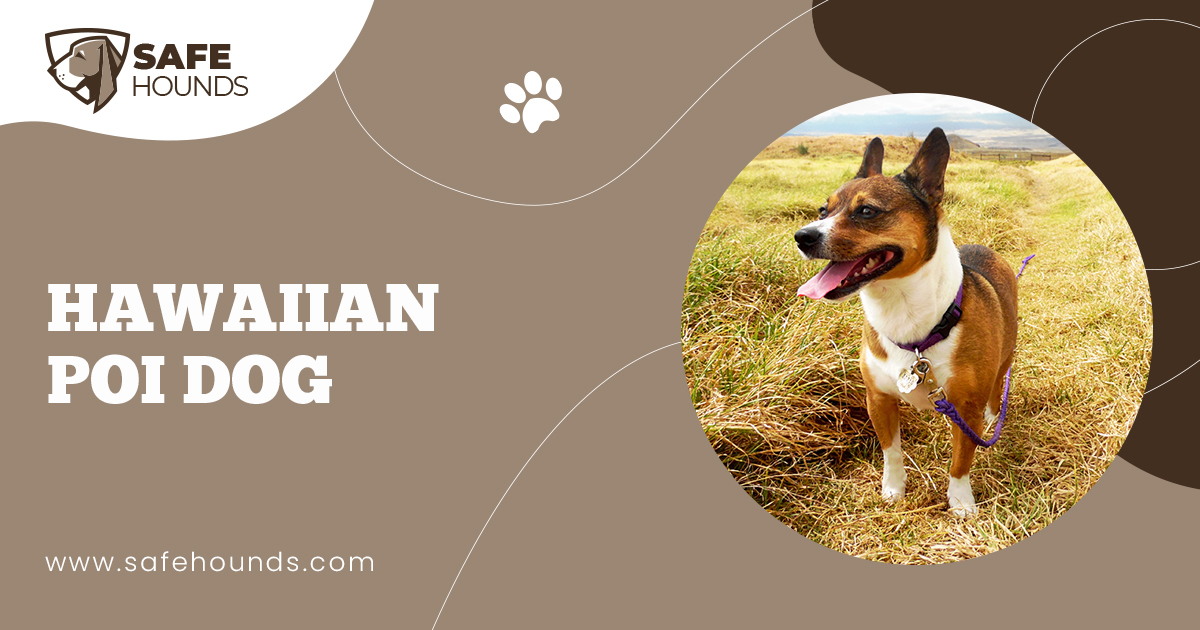 In Hawaii, the word hapa refers to people with mixed racial ancestry. For dogs, the word for mixed breed is poi. Also referred to as Ilio, the Hawaiian Poi Dog is a dog type of mixed ancestry. These dogs are believed to have come to Hawaii with the Polynesian settlers about a hundred years ago. The Hawaiian Poi dog is now an extinct breed. Dogs are utilized in a variety of ways. Dogs have been the companion of man for untold number of years. These animals have herded livestock, have hunted, have protected people and property and have preformed various tasks. A Hawaiian Poi Dog serves two purposes – as a lucky charm and as a source of food. These dogs were not used to hunt given that aside from feral hogs, the Hawaiian Island does not boast large game. In any case, the poi dogs would be ineffective hunters as they are rather lazy dogs that love nothing more than to eat and to sleep. The natives treat these dogs as hogs. Dogs are fed poi, the Hawaiian staple food. Aside from the fact that meat is scarce and too valuable to be given to the dogs, the poi dogs are specifically fed a vegetarian diet to fatten them up. Hawaiian Poi Dogs acted like pigs rather than dogs. These dogs are usually seen sleeping and playing with the hogs. The dogs have even adapted the pot bellied appearance and the waddling gait of the hogs. The dogs have the same fate as the hogs, the dogs too will be eaten by the natives.

A Hawaiian Poi Dog is not a healthy breed because of its poor diet. The purely vegetarian diet made these dogs obese and sluggish. These dogs do not have the canines innate inclination to run and to walk. In short, these dogs, unlike other breed are not energetic. The dogs are either eaten or killed when the child they are protecting dies so that most of them do not reach their maximum life expectancy.

Half-wolf, half-Chihuahua and half-Grizzly bear this is how the Hawaiian Poi Dog was described by Charles Memminger. Not much is known about the appearance of this extinct pariah breed. European explorers have described the dogs that have roamed the villages and have freely associated with the tribes hogs and pigs to be fat dogs. The dogs have a short coat that comes in a variety of colors. Brown individuals are called ilio makue. The Hawaiian Poi Dogs are said to be about 13 to 16 inches in height and weighs from 25 to 35 pounds. The dog is noted to have a low barrel shaped body, short chubby legs and a distended belly that give the dog a hog-like appearance. A Hawaiian Poi Dog has a large, broad, flat head and a wide neck. The heads flat shape was attributed to the vegetarian diet of the dog. The paste-like poi requires no chewing thus the temporalis muscles which is one of the mastication muscles of the dog were not developed. The temporal fossa, the shallow depression found on the sides of the skull is reduced thereby making the head appear flatter. Moreover, the pasty poi has caused the dog to have weak jaws and teeth.

A Hawaiian Poi Dog is an obese and lazy dog. This pariah dog could have been a suitable companion and playmate of the children, as they do not have an aggressive personality. These dogs even rarely bark. However, the obesity made the dogs sluggish. Poi dogs are friendly but they would rather stay with the hogs rather than play with the children. The dogs are noted to be dimwitted and stubborn. They are not particularly useful because they would not obey commands due to their laziness. The Hawaiian Poi Dog though is an adaptable breed. Because it was considered the protector of the children, they are often seen sleeping with the children and living with the family inside the homes. This dog type similar to the hogs is kept as a source of food thus the dogs are also seen eating and sleeping with the hogs.

The Hawaiian Poi Dog is a pariah dog. Pariah is a generic term that refers to stray and feral dogs commonly seen around villages scavenging food from trashcans and garbage dumps. These dogs are similar to the Askals of the Philippines and the vira-lata dogs of Brazil and the Dominican Republic free roaming and belonging to no one.

The origin of the Hawaiian Poi Dog is not precise. There was a speculation that the Polynesian settlers brought these dogs to Hawaii more than ten centuries ago. During the ancient times, these dogs were very important to the existence of the native tribes. The Polynesian settlers believed that these dogs are spiritual protectors and lucky charms of the people especially of the children. Giving a puppy to a newborn is a common practice of the tribe. The dog is supposed to protect the child, thus the infants mother care for and nurse the dog as well. Female tribe members believe that by nursing the dog, its protective instincts will be further developed. If the child dies, tribesmen kill the dog as well and bury it with the child. The dogs protection extends to the afterlife. A child that outlives the dog has to wear a necklace of the dogs teeth, as it is believed that the dog will continue its protection.

Hawaiian Poi Dogs are important to the Polynesian tribes as these dogs are a source of food. In Hawaii, poi refers to a dog of mixed origin. The term poi can also refer to the dogs indiscriminate eating habits. As mentioned, these dogs eat anything they can lay their paws on thus they are referred to as dogs with garbage gut. However, the poi in the Hawaiian Poi Dog name specifically refers to the poi diet of the dog. Poi is a Hawaiian staple food. This granular paste made from the boiled or baked and fermented taro root is used to fatten the dogs. Dogs are treated pretty much the same as hogs. These dogs are in fact seen living and playing with the hogs. Hawaiian Poi Dogs are playful. However, these dogs that has been sleeping and playing with the children will end up on the dinner table. Except for wild pigs, no large game exists in Hawaiian Islands. The Hawaiian Poi Dog is a ready source of fresh meat. However, when the native religion was abandoned and dog meat eating became unfashionable, the Hawaiian Poi Dogs population slowly deteriorated. The crossbreeding of the Poi dogs with the feral dogs of the European settlers has further contributed to the decimation of the breed. The Hawaiian Poi Dog is already an extinct breed at the dawning of the 20th century.

Around 1960, a dog that clearly resembles the poi dog was often seen feeding at the garbage dump near the Mauna Loa Laboratory. The phantom dog as the stray was called became rather famous because of its elusive personality. The dog would scamper and will be gone in a blink of an eye every time it is approached. Pictures of the dog taken by the laboratory staff members generated some interest. Researchers at the Honolulu Zoo tried to recreate the poi dog in 1990 from other Hawaiian strays that have some of the genetic configuration of the poi dog. Unfortunately, no significant results were achieved and after 12 years, the breeding program was finally abandoned.