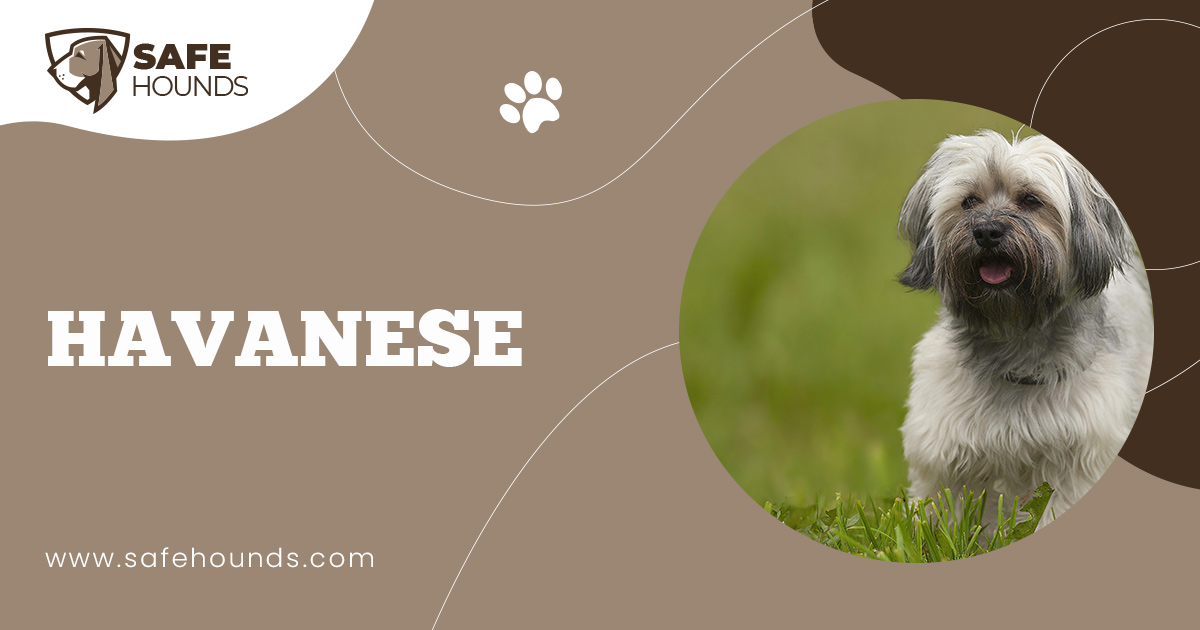 The Havanese is an adorable non-shedding and odorless dog and can brag about being the Cuban National dog breed. In fact, the Havanese is the only true Cuban breed, which is believed to be a member of the Bichon family. The Bichon breed originated in the Mediterranean and does include other breeds like the Bichon Frise and the Maltese.

A Havanese is very sociable and loves their family. They do quite well with children even if not raised with them. Even though the Havanese loves children this does not mean you should not keep an eye on them when playing together. The main reason they love people so much is they were bred specifically as companion dogs. They enjoy being a show off and will learn every trick they can to be center of attention. If you think you have seen clowing around before you are sure to be amazed when you see the antics of these adorable Havanese at play.

If you are expecting the Havanese to be one of those little yapper dogs you are in for a bit surprise as he is nothing of the kind. He will however bark to let you know that someone is at the door or outside noising around the house. However, like all brees, each have their own personality and some are a bit more vocal than others.

The Havanese is considered a toy dog, even though he is not fragile. The average height of the Havanese is 8½ inches to 11½ inches. However, the ideal height for dog shows is between 9 and 10½ inches. He should appear to be a tad longer than he is tall. They should weigh between 7 and 13 pounds.

The coat colors you will see with this breed of dog are fawn, white, and black, parti-colored among a few more including chocolate. Originally only all white or all one color were accepted, however, modern Havanese are allowed with all coat colors and various patterns. The only exception to the rule is they must have a black nose and eye rims, except with chocolate coats, where brown noses and eye rims are allowed.

The Havanese has a topline that rises just a bit from the withers to the rump. The gait is like no other dogs, as he seems to be quite spirited and agile as he moves across the lawn.

The eyes on this breed are a bit mischievous with an almond shape, the ears are medium in length and have a feathered coat of fur that always hang down and are never erect. Their tail should curve over the back and has long fur like the rest of the body.

For show dog, the tail should not be docked, the ears should not be cropped, and you should not clip their coat. It should be left natural without any types of topknots or bows. The American Kennel Club notes the Havanese such as his character is essentially playful rather than decorative. During dog shows, they expect the Havanese to show this playfulness instead of being pampered.

The Havanese must be the most show off breeds around and with this comes intelligence and quick-witted behavior. From the time of puppyhood until adulthood, you are sure to see the clowning around antics, their unique rowdiness, and of course their pleasure in putting a smile on everyones face with all their tricks.

They are overly friendly and love to be in a position where they can see all, such as on the back of chairs or sofas. This way they will know the minute a person walks in the room so they can eagerly meet them.

Children are probably the best playmates for the Havanese, as they will spend hours playing all kinds of games.

If your family enjoys swimming, then you will have another playmate in the pool as long as you have him exposed to water as a puppy. They are famous for being strong swimmers and love to dive in and out of water just as seals.

The Havanese does not mind small living areas so apartment life is great. They were developed to be family or companion dogs and do not do well living outside or in a kennel, they need to be around their family.

They do not require lots of exercise just a walk or a run around the yard or park will do fine.

As stated above, if you will be showing your Havanese, grooming the coat is not necessary, however, if you only want them as a pet at home, you may wish to clip the hair for easier care. If you do keep the hair long, you will need to brush it at least twice per week. The excess hair between the pads will need clipped and you may wish to clip the hair around the feet to make them appear round.

The ears should be checked and kept clean to avoid infections.

The Havanese is the only native breed of dog coming to us from Cuba and is also known as the National Dog of Cuba. The first settlers that came to Cuba after Christopher Columbus in 1492 were mainly from two classes, which consisted of farmers from the island of Tenerife and the second sons of the Spanish aristocracy. As far back as the early 16th century, ships logs indicate the settlers brought their dogs along with them. Many believe these dogs were from the island of Tenerife, which are direct descendants of the Bichon family.

The only port that was open to Cuba for several years was the port at Tenerife and before long, these adorable little dogs were becoming companions to the Spanish aristocracy. The Havanese were before long tolerate of the heat found in Cuba and had adjust quite well.

By the 18th century, the aristocracy of Europe found Cuba. They were using Havana as a wonderful vacation destination. Soon, many people were taking the Havana Silk Dog or the Spanish Silk Poodle back home with them. In Spain many including Louis XVI, kept the small dogs trimmed to resemble a poodle, however, the English preferred to keep the coat natural.

By the middle of the 18th century, you were no one if you did not own a Havanese. Queen Victoria had two and Charles Dickens owned one, which he fondly called Tim.

During the Cuban revolution, the class of people that owned Havanese at the time left Cuba. Some of these people ventured to America along with their lovable pets. By the end of the 1970s the Havanese gene pool was in full force.

The Havanese Club of America was established in 1979 and before long was recognized by the American Kennel Club in the Toy Group.