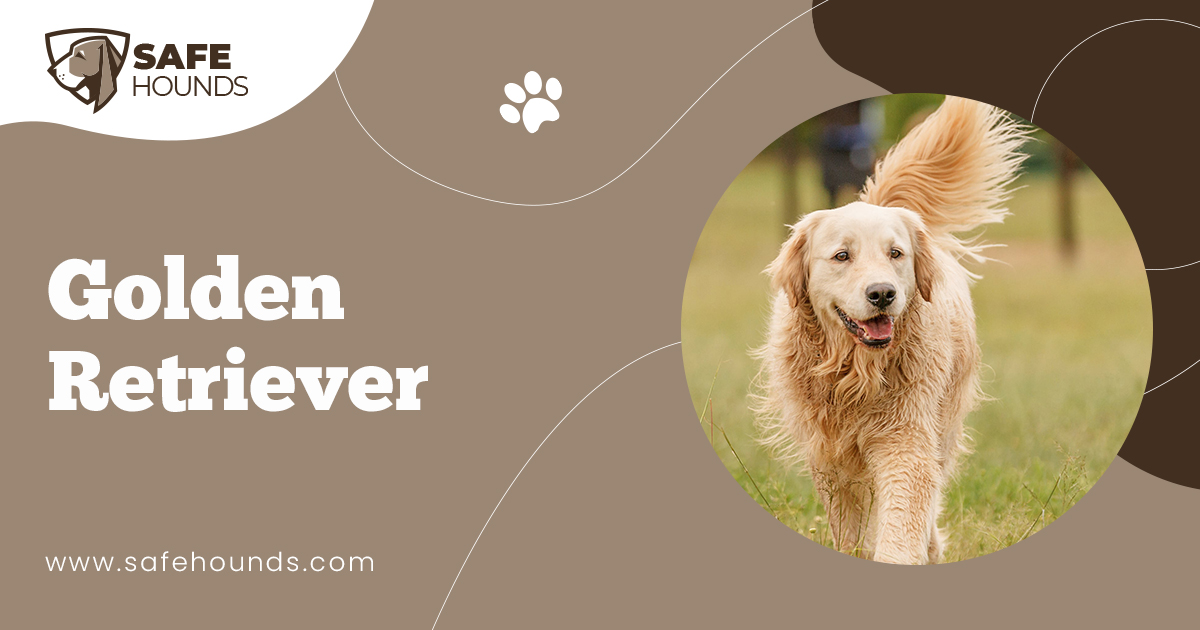 The Golden Retriever has been a loving and loyal family dog for many years. These dogs are a clown when it comes to training. They want to please their master so much they will do funny antics while being trained. When you think they are not learning a thing they will do exactly what you have asked them to do. They love to surprise you and you actually think they know what they are doing when they are tricking you.

When meeting people they will not be a stranger for long because they warm up to people fast. If they sense danger, they will be your savior as well. They love to be your protector when they know you love them. The Golden retriever hates being left alone and wants to be by your side at all times. They are a people dog so do not leave them in your back yard all alone or kenneled up.

This dog is not only a treasured pet for the family, they are also known as being great Seeing Eye dogs. These dogs are so smart, easily trained, learn fast, and have been a devoted guide for many people.

Their dense water repellent coats come in many golden colors. Weekly brushing is all that is needed to keep their beautiful coats shiny and silky.

The Golden Retriever is one of the most beautiful dogs you will ever see. They have a medium length coat that is feathered. Their coat color is ranged from a cream to a golden type color. For showing in dog shows, their coat cannot be red. The under coat is dense and the outer coat is water repellant. Many Golden Retrievers fur changes color becoming either lighter to darker as they age. As they get older, they may also form white markings in their fur from old age.

They have a black nose. Their eyes are brown with darker rims which give the impression of a kind demeanor at all times. They have medium sized ears, which are overhanging. They have a long tail that does not curve and is perfectly straight. Their body type is very muscular and fit. This is one beautiful looking dog that can catch the hearts of everyone with their wagging tails and sweet looking eyes.

The height of the males ranges between 22 inches and 24 inches. The males weight is between 60 pounds and 80 pounds. For the females, they are slightly smaller and shorter than the males. The females height is 20 inches to 22 inches high and their weight ranges between 55 pounds and 70 pounds. This breed reaches their ideal height at the age of one and their full weight at two years of age.

The Golden Retriever is one breed that is kind, loyal, loving, sweet, charming, well mannered, and really smart. When training this breed it can be fun because of how pleasing these dogs like to be to their owners.

This breed is good with any age of children and is also good with other pets around. They are not the type of breed to attack, but they can make good watchdogs. With his or her loud and alert bark, you will be sure to know when someone is around. Make sure to keep your Golden Retriever around people and give them attention to keep them happy. This breed loves to track, hunt, retrieve, and perform tricks. This dog also loves to go for swims with the family as well.

This breed does all right in an apartment, but just make sure to get them the exercise they need and deserve if that is where they live. This breed also does well with a large yard if you have one. Now for them acting like a puppy, that might stay that way their entire lives.

This breed with its double coat is fairly easy to keep groomed. Simply use a firm bristle brush to brush the dog. Make sure to brush the undercoat rather well while watching for mats or knots in their fur. Dry shampoo on a regular basis is recommended with only need a bath as needed. The Golden Retriever is your average shedder.

Also for this breed, make sure to get them proper exercise. They are an active breed and love to run outside with their family. This breed is a fun dog to have around as long as you give them the required amount of exercise and playtime.

In 1865, the setters and pointers were the only dogs used for hunting because they would find them and flush them out, however, their coats could not go through the thick brush and heavy grasses of the marsh. In addition, with light size they had problems fighting through mud and rough waters to retrieve the birds. Then came the changes in the guns being used such as the multiple shots and they would hunt for more than one bird. Sometimes 10 to 20 birds at a time were shot. They needed a dog to retrieve them and bring them back to them. They also had to be able to go through the thick marshes and waters where the pointers and setters could not.

The first Lord of Tweedmouth, Sir Dudley Majoribanks was concerned about the need for a retrieval dog for the hunters. He went out and bought a puppy that had a yellow coat and the remaining litter had black wavy hair. He named the puppy Nous and bred it to a Tweed Water spaniel named Belle. Lord Tweedmouth kept one female puppy and gave the remaining puppies to his friends and neighbors. He continued to breed only yellow pups from then on from this one female named Cowslip. She became so famous around Great Britain she started to be known as the Golden retriever.

The Golden Retriever was official recognized by the Kennel Club of England in 1903 and came to America just before the beginning of World War I. The Golden retriever became very popular among the American hunters. The companionship for the family was a wonderful side affect of being a brilliant hunting and retrieval dog.

A drought in 1930 made the need for this breed to drop and it was not until the 1950s and 1960s that the interest of the breeds increased again. President Ford had the first family golden retriever named Liberty. Many believe because of this they became one of the top 10 breeds in the American Kennel Club