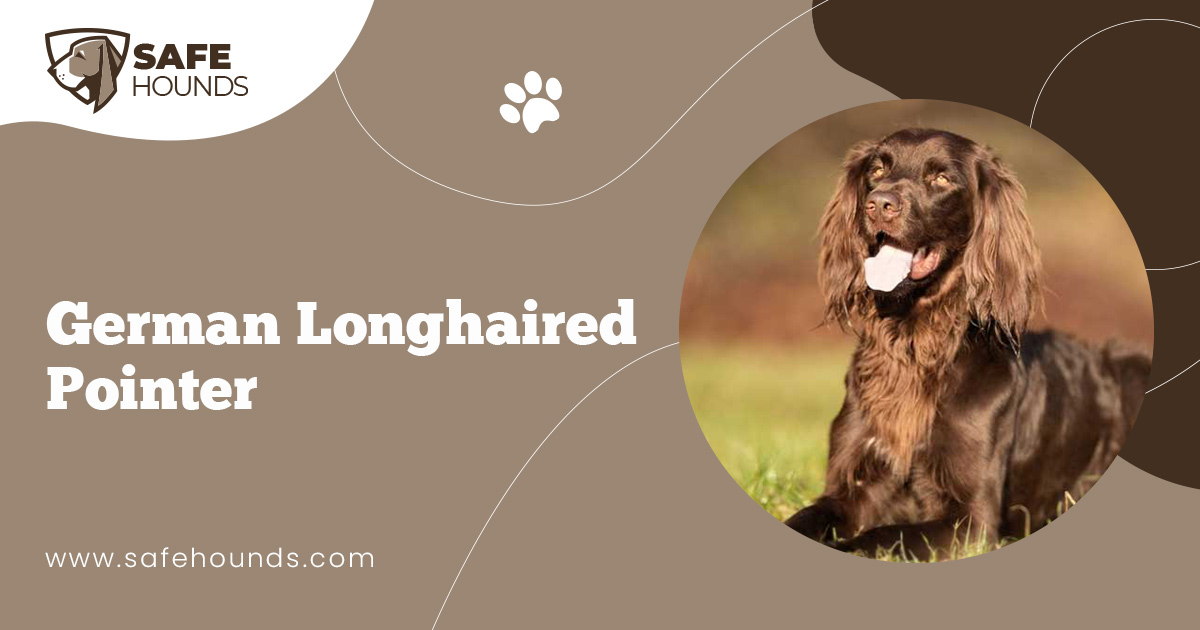 For over a century, this breed was developed primarily to hunt. And a GLP really does hunt! These dogs are calm inside the house but would immediately change to hunting mode, would manifest the fiery and passionate hunting abilities once taken by the master to hunt. Being a pointer, a GLP would instinctively stop, aim its muzzle to the direction of the game to point to the hunter the direction of his quarry. These dogs would be in a dogs 7th heaven when they are allowed to hunt.

A GLP is considered to be a member of the versatile or continental gundog group. This means that the GLP not only points but tracks and retrieves game too. A GLP is capable of working in any given situation, sitting and hiding in a duck blind, retrieving birds as well as sprinting over rough terrain in search of prey. A German Longhaired pointer is considered to be one of the finest pointing breed in the world, one that would not need to be extensively trained to hunt as even a puppy would already exhibit its inherent outstanding hunting abilities. A GLP possess a renowned tenacity to track furred prey like rabbits and squirrels.

The German Longhaired Pointer as the name implies is a pointer. However, a most apt description for the breed is after the gun dog. Apparently, this breed is most commonly used to track and find wounded deer, wild board, furred game and birds. This breed has a good nose that easily tracks wounded game.

There is no question about the excellent hunting abilities of this breed. However, a German Longhaired Pointer is also valued by non-hunting enthusiasts because of the dogs balance and calm temperament that makes the dog an excellent house pet. These are extremely loyal pets that would prefer to be beside the owner rather than on a kennel. Because this breed is highly intelligent and easy to train, they excel in field trials and in agility and obedience competitions.

The German Longhaired Pointing Dog also known as the Deutsch Langhaar in its country of origin is a robust dog with flowing and elegant movements. A GLPs slightly rounded head is covered with hair that is shorter than the hair on the body. The head has a real and aristocratic appearance. The muscular body is covered with smooth heavy coat that has a feathering on the tail and on the front and hind legs. Coat is predominantly brown in color with lighter or white hair in the chest. A GLP will instantly jump on the water to retrieve, never minding the wet and the iciness of the water. The coat protects the dog and keeps it from getting cold as water may not even get to the skin of the dog.

The dark brown medium sized and oval shaped eyes have a soft and gentle expression. The ears are the most distinct feature of this breed. Ears are set on high, broad and covered with long wavy hair. The ears are long, hangs slightly forward almost to the mouth. The ears are covered with dead hair. This hair must not be removed. The tail of the dog is quite long, well feathered, and thick at the base and tapers to the tip taking the form of a scimitar. This tail points the location of a game and indicates the lively temperament of the breed.

The German Longhaired Pointer is considered to be the rarest of all German Pointers. Present day German hunters who are aware of the hunting abilities of the dog believed that this is the best breed they have ever had in more than 25 years. This versatile hunting dog makes a wonderful family pet. A GLP is very loyal to the master. These dogs would demand attention, in fact this is one of the breeds that suffer from separation anxiety if left alone for a considerable time. These are fun loving dogs that enjoys being with the family. These are people dogs, they love people and children. Some specimens may be suspicions of strangers but generally, the breed is a friendly one. These dogs are friendly with other dogs too.

A GLP is an intelligent breed so training will never be a problem that is if positive method of training is used. As with any other breeds, harsh training methods will yield negative results. It is imperative that proper socialization should be undertaken while the dog is still a puppy to ensure that the dog will develop into a well rounded mature individual.

These dogs have limitless supply of energy. They are used to hunting with the master all day, a task that the breed enjoys doing. As such a GLP would not do well in an apartment or with city living. This breed will enjoy and hanker for the wide open spaces of the rural areas. This dog will require at least one hour of running in open but well secured place.

A German Longhaired Pointers coat is very easy to groom. The coat needs to be regularly brushed or combed to maintain its good condition. One disadvantage of the hair is that it takes quite sometime to be thoroughly dried. A GLP that has been hunting and retrieving on a wet day would need a hair dryer to thoroughly dry the hair. This breed is prone to ear infection. Ensure that the ears are regularly cleaned especially if the dog has been hunting.

Germany has three types of German Pointers – the wirehaired, the short haired and the long haired. Both the wirehaired and the shorthaired enjoy popularity all over the world. However, the longhaired pointers are relatively unknown although this is considered to be the oldest among the three types of German Pointers as evidenced by the 16th century oil paintings and copper engravings that depict longhaired hunting dogs. These longhaired pointers are known to be slow movers.

Since the early European days, dogs were used for hunting game. The bloodhounds were usually utilized to hunt boar and deer. Lighter dogs were used to herd the birds into the nets as during the ancient times when guns were not yet used to hunt, nets were used to trap the birds.

German Pointers are related to each other although the longhaired is believed to have more spaniel blood. A setting spaniel from Spain known as espaignolz was introduced to France and Middle Europe during the early 16th century. This breed was widely used by hunters to hunt partridge. This Spanish dog that was also used in hawking is known to be very loyal to the master. The espaignolz was mated with local hunting dogs and the progeny was given the name Stober Dog (rummage dog). The Stober Dog is a long coated breed famous for its exceptional ability of finding game in any type of terrain. Breeders trying to improve the breed mated the Stober Dog with other hunting breeds producing a slow breed of long coated hunting dog which was later on named Deutsch Langsam. During this time the flintlock was invented. The flintlock however was ineffective in delivering a fatal shot and a dog was needed to track the wounded game. The Deutsch Langsam became very popular.

When deforestation in the northern regions of Germany occurred, open fields became a veritable source of quail and partridge. The Deutsch Langsam that was once useful became ineffective to hunt feathered game. German noblemen and hunting enthusiasts began importing Scottish and English setters to be mated with Deutsch Langsam with the purpose of creating a faster dog, one that has a good nose to find feather. However, because there was no breeding plan the size, appearance and working style of the Deutsch Langsam degenerated. The indiscriminate breeding resulted to quicker dogs of various colors and sizes. The willingness to please and the retrieving skills of the Langsam that was valued by the hunters were lost. What was archived was a breed that was called German Marmalade with a Little English Sauce. From this hodgepodge, five was selected to be the foundation for the establishment of the breed.