The English springer spaniel is a popular breed and is a wonderful family dog. This breed is friendly, fun, and active. This is the type of dog kids would love to run around in the yard and play with. This breed has been known for being caring and loyal to its family, and master. This animal loves to be around people and other animals except birds due to its lifestyle. 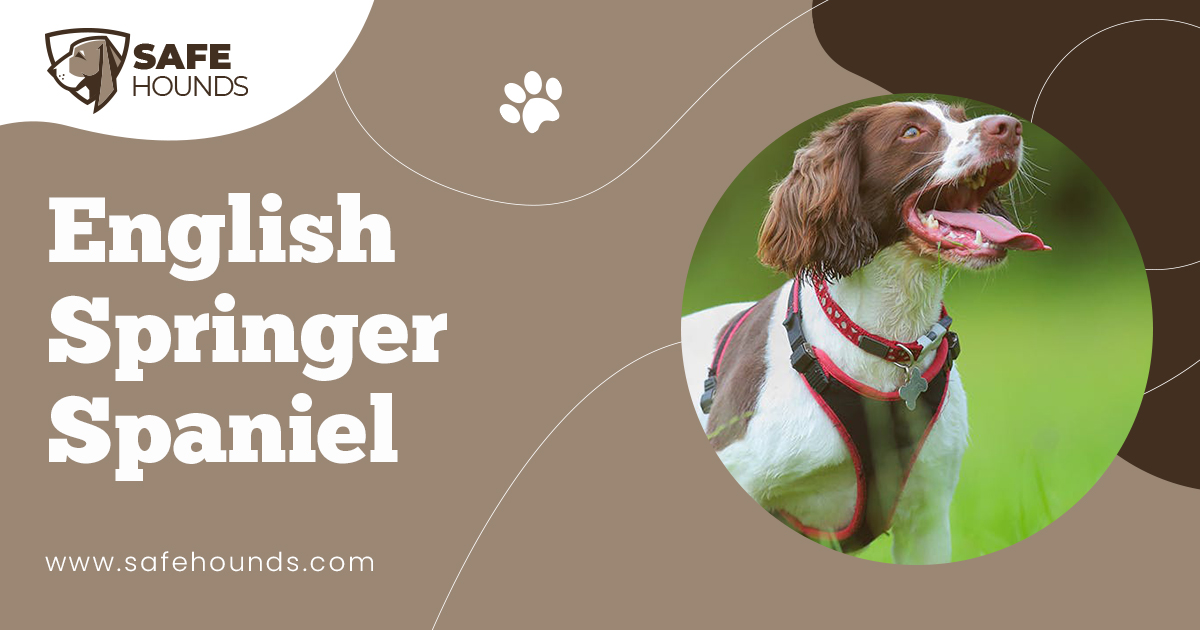 The English springer spaniel has two types of spaniels that look like different breeds but are registered together. You have your field-bred spaniel and then you have your show-bred spaniel. They may appear to be different breeds of spaniel, however, the difference between the two besides different features is that the field-bred dogs do not do as well with the showing of the breed and the show dog will not have the speed of the field bred.

The English springer spaniel comes to America from the United Kingdom. The Spaniel is one of the most upland flushing dogs. This requires them to learn different tasks such as retrieve to hand, soft mouth, quarter, scenting, flushing, hup, following hand signals and steady. These are the tasks they must learn with the hunting that they have been known for throughout history. Many spaniels have these abilities and they also learn pretty quickly since it is in their blood.

The English springer spaniel is a warm-hearted dog with the look to match. Their eyes are very kind and loving being either hazel or brown. This depends on the color of the dogs coat. Their eyes have a medium set on their face. The ears on the Spaniel are set with their eyes. Their ears are floppy when they run and hang down on the side of their head. The tail of the English springer spaniel is docked and wags everywhere it goes. The head of the Spaniel should be just as long as the neck. They are also as long as they are high. Their nose is regular size and black depending on the color of their coat. The Springer gives off a very friendly and loving expression with its eyes and face. The Spaniel is a very strong dog with a very strong body. Their legs are very straight and strong. Their body is very broad and tough. Their chest is broad and firm.

The Spaniels coat is feathery and sometimes wavy and flat. Their coat is a medium length and is very beautiful. Their coat can come in colors of liver (brown) and white, black and white, blue, or liver roan. The white on the Spaniel can have flecks of color in it as well. The dog can also have tan markings in any of these combinations of color. The show dogs have more color than white except the sporting dogs whereas they have more white than color in their coats.

If you are looking for the right dog to get for your kids, then the English springer spaniel is the perfect one. This breed is gentle, loving, friendly, loyal, playful, and so much more that any kid would love to have this breed around. This is the type of breed that loves to be around people almost all the time. This breed can be kind of trouble when left alone for long periods of time. They love to go out and play in water or mud. So make sure there are dry before going into the house.

The Spaniel can live in an apartment as long as they get out enough. This breed does not do well in city or town life because they are so active. However, as long as they have an average sized yard in which to romp and play they will be fine. They are pretty calm indoors, but once outside they roam free.

The care for the Spaniel is pretty easy. Regular brushing is used for this breed. After taking the Spaniel outside playing and running around, make sure to brush out all the burrs if any are tangled in their hair. Brushing after playing outside will keep their coat from matting up. Make sure to keep the hair around the ears and their feet trimmed as this can cause infections with this breed in their ears if not kept trimmed. Regular baths will be fine for this breed, as they do tend to get wet and muddy outside from playing. This breed is also a regular shedder so normal brushing is required for them.

This is a spaniel that is one of the older breeds that have appeared in some paintings from the 1600s and might be ancestor to the modern Springer and Cocker Spaniels. It was not until the 1800s, that they were recognized as a separate breed on their own.

They were to be just hunting dogs before they used guns for the sport. The Spaniel would spring or flush out the birds and then a trained falcon or hawk would go get it and bring it back to the handler who was waiting for it. Once the shotgun came into play, they still used the Spaniel to flush and then the bird would be shot out of the air and the spaniel would retrieve it instead of a hawk.

The spaniel has one of the best wet/dry noses. They can find birds in any situation. They have been trained to sit until released to flush out the birds. They would find the downed bird, sniff it out, and return it to the handler with a soft grip so as not to damage it anymore. They have become excellent rabbit dogs, as well.

There were several men who mentioned a spaniel dog doing various tasks including Dr John Caius describing the spaniel in his book in 1576. Then there was Colonel David Hancock who believed the Roman Empire had a lot to do with the spaniels coming over to America. Then there was Count Gaston de Foix describing a spaniel in 1387 and how they retrieved geese and ducks from water. Then Aldrovandrus in 1637 ticked a spaniel.

So the spaniel has been mentioned way back in history as one of the oldest breeds to date.

In 1907, Ernest Wells for Robert Dumont Foote of Morristown, New Jersey imported the first Springer to America. This started the popularity of the Springer breeds to all parts of the United States.