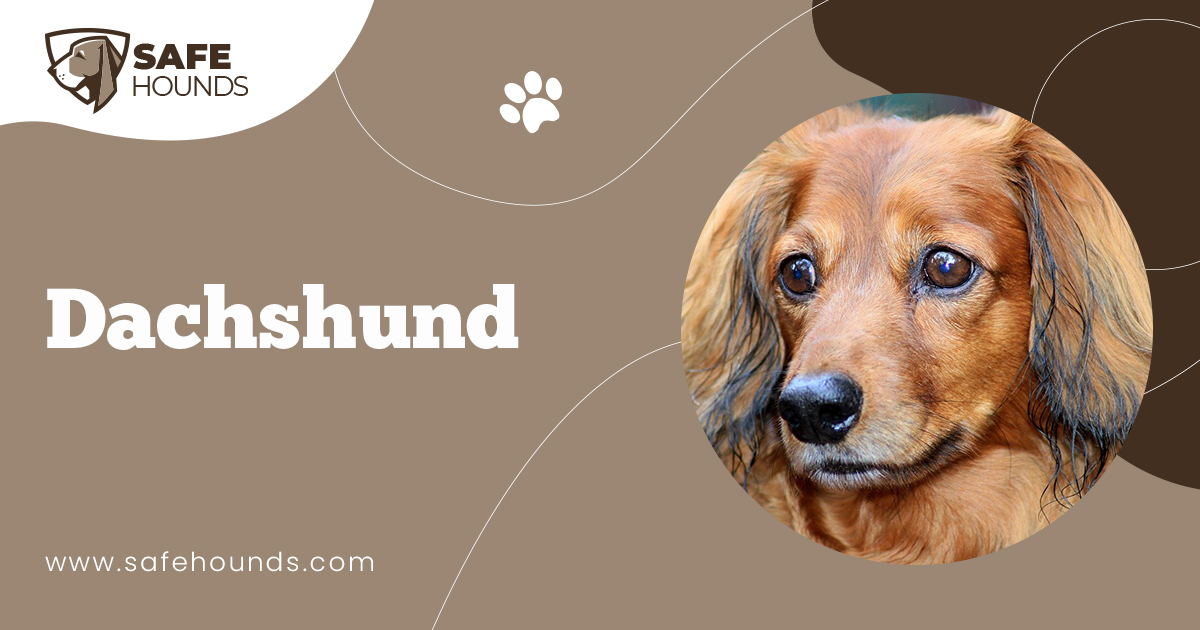 No matter what you call them they are cute and adorable. These little wiener dogs are so cute with their little tiny legs and long body. Their nose is almost as long as they are. They make their presents known with the yippy barking. They get very excited when someone comes around.

These little darlings are part of the hound family and were bred to flush out badgers as their name implies in German. Dachs means badger and hund means dog, Badger dog.

There are three different varieties of the dachshund, which include the one with the shorthaired coat, one with the wire-haired coat, and the last is the longhaired coat. They also have three sizes including the normal, miniature, and the toy.

The Dachshund became even more famous after the movie, The Ugly Dachshund with Dean Jones and Suzanne Pleshette in 1966. This cute movie starred a cute little dachshund and a Great Dane that thought he too was a lap dog like the dachshund. If you watch several different TV shows, you will see there are dachshunds in several sitcoms like the Simpsons, that 70s Show, Darma and Greg, and many more. You never notice them unless you are looking for them in some of the shows because they are only included in the credits on some of the shows.

The different size of the dachshunds includes the normal, which weighs around 16 to 28 pounds. The miniature usually weighs in at 9-11 pounds and the toy is usually about 8 pounds. H.L. Mencken said, A dachshund is a half-dog high and a dog and a half long. This is one of the most recognized breeds in the world. These little dogs hold their head high and proud and they are very muscular. They have the long muzzle and their bite is a scissor like bite with strong teeth. Dachshunds usually have 42 teeth unlike other breeds. Their ears are long against the side of their head down to their cheeks.

There are several colors of the dachshunds, which include tan and yellow, to deep black, brown, or grey and some are chestnut. There is also the harlequin, speckled, and piebald ones as well. The black colored dachshunds and the chocolate brown are not recognized in US Competitions. There are some dachshunds that have two different colored eyes in some rare instances. This usually occurs in the dappled colored ones and they will have one blue eye and one brown eye.

Their different coats usually also come with certain colors. Many breeders have said you will not get a dappled colored coat with a smooth coat. Then other breeders say this is not true. It is hard to say unless you breed them and find out. I am sure you can search the internet and find some that are smooth and dappled or piebald.

You would think the dachshunds do not move very quickly because of their short little legs but they will surprise you. They can really move when they want to. They can entertain themselves for hours but they also love to play with you. You do not want to be to rough with them, as they can tend to become aggressive.

They are a loving and devoted family dog. They will play on their own or they will sit in your lap for hours. You can be sure they will follow you everywhere you go just to be with you. When you train them, you must stick to it because they will try to train you if you let them. They love to travel and are especially good with children, but you need to watch them around the smaller ones because they do not like to be handled a lot.

They are barkers and for their size, they have quite the loud bark. They are also diggers and this comes from their history of hunting badgers and other animals that burrow. They would get in there, dig, and dig until they captured them. Therefore, if you do not want your yard dug up you should keep him indoors.

These dogs hardly shed. You will have to brush the longhaired ones daily and the wirehaired you should take in to be trimmed by your groomer. Have their toenails trimmed so you are not scratched when they jump up and down off your lap or you play with them.

Watch their diet because they will gain weight if fed too much. This breed gains weight fast because they do not get that much exercise. You want to make sure they get the right food as well. Some breeds are allergic to some of the rice and other ingredients in the different varieties. Ask your vet what he recommends.

These dogs were bred in Germany to hunt badgers and other vermin around 1888. These little dogs are fearless to the point of recklessness. They were bred to not only hunt but to kill their prey. If you give them a toy that has a squeak to it, you can watch them as they attack it and kill the squeaker right away. It is funny to watch them do this. The dachshunds of this time period were a bit larger than the dachshunds of today topping the scale at 40 pounds or so. Today, they have scaled down a bit. This is the only breed that hunts above and below the ground to chase and catch their prey.

Dachshunds were a favorite of Queen Victorias along with being a serious Dachshund breeder. Because of their fearlessness, Dachshunds have been known to get into trouble, which they cannot get out of easily, for example, they can scale a high chain link fence they strand themselves at the top.

In the 19th and 20th centuries there were many different artistic items created with the dachshund as the model, because of their whimsical expressions. Artists loved their faces so much they started to make pictures, toys, salt and pepper shakers, and many more items with their faces or the entire dog. These items sold like hot cakes and made many a lot of money.

The dachshund has always been in the American Kennel Club because they are so popular, but this too is not always a good thing. The more popular the breed is the more they end up in puppy mills. There have been so many different dogs that breeders pounce on because they are popular and then they get over run with them because they are not selling fast enough. Thus ending up in the puppy Mills.