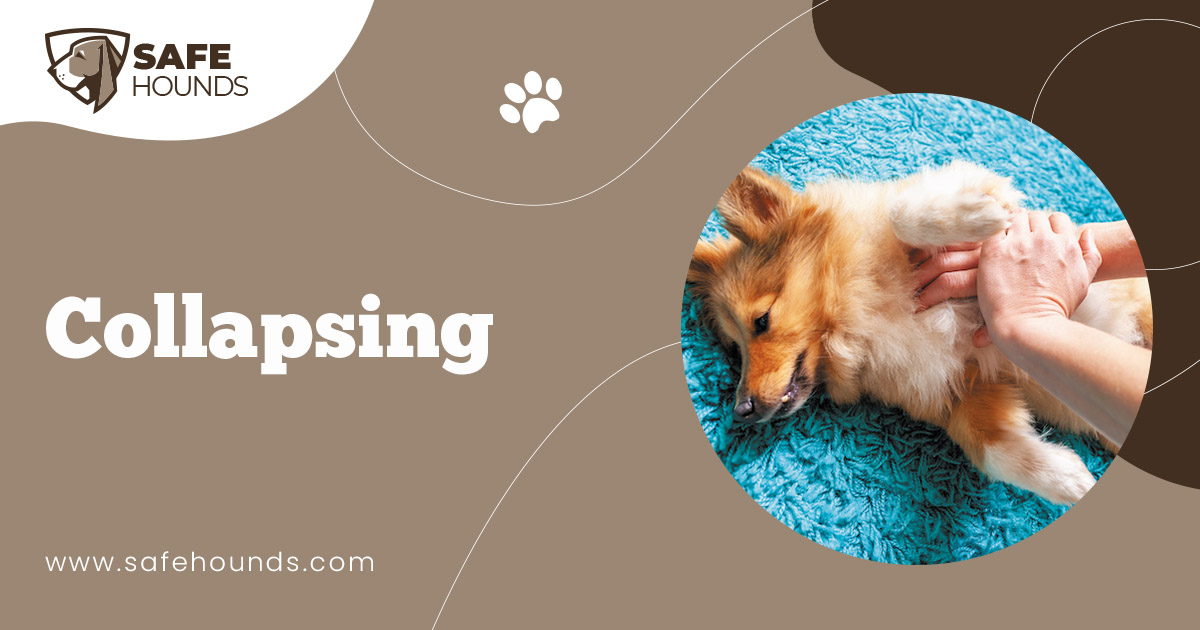 Watching a seemingly healthy pet suddenly lose strength, fall to the ground and be unable to move would certainly be a traumatic experience for the pet owner. This upsetting experience will be compounded if the pet fainted or altogether lose consciousness. Some dogs would recover seconds after collapsing and would act normally as if nothing happened while others would stay unconscious for a much longer time. The dog needs to be revived to gain consciousness. A dog may collapse for a variety of reasons but in all cases, the dog must be seen by a vet right away.

Basically there are two reasons why a dog collapses. One is due to extreme weakness of the limbs. This can be attributed to a joint and leg problems. This concern is most common in large breed of dogs and in older dogs suffering from arthritis. Most often dogs that collapsed for this reason would not lose consciousness and may be able to get up after a while. The dog will be its normal self, lively, exuberant, inquisitive and interested in what is happening around him. The dog will have its normal interest in food.

The collapse can be attributed to a disorder in the nervous system, circulatory system, respiratory and musculoskeletal systems. In this case the dog would be weak and may turn away from food. A large object that was inadvertently swallowed by the dog may get lodged on the throat and block the airway. The dog would choke and would eventually collapse if the foreign object is not dislodged.

If your dog collapsed it is imperative that you stay calm. The dog needs to be seen by a vet but your common sense will be needed to correctly asses the situation so that you can give the vet the salient facts on what really happened and what triggered the collapse of your pet. If the dog is unconscious, check the pulse, the breathing and the temperature.

It is a must to check if the collapse is due to the blockage of the airway. A dog whose airway is blocked would have approximately 60 seconds before it would stop breathing. It is therefore crucial to dislodge the object at once to save the life of the pet.

If after a while the dog is still unable to rise you may need to take the pet to a vets clinic. A dog that is dazed and disoriented may not be able to recognize you. The dog may be aggressive and to avoid from being bitten you may need to muzzle or to restrain the dog.

If after the first aid measures were administered and the collapse still persists then the vets clinic is definitely the best option.