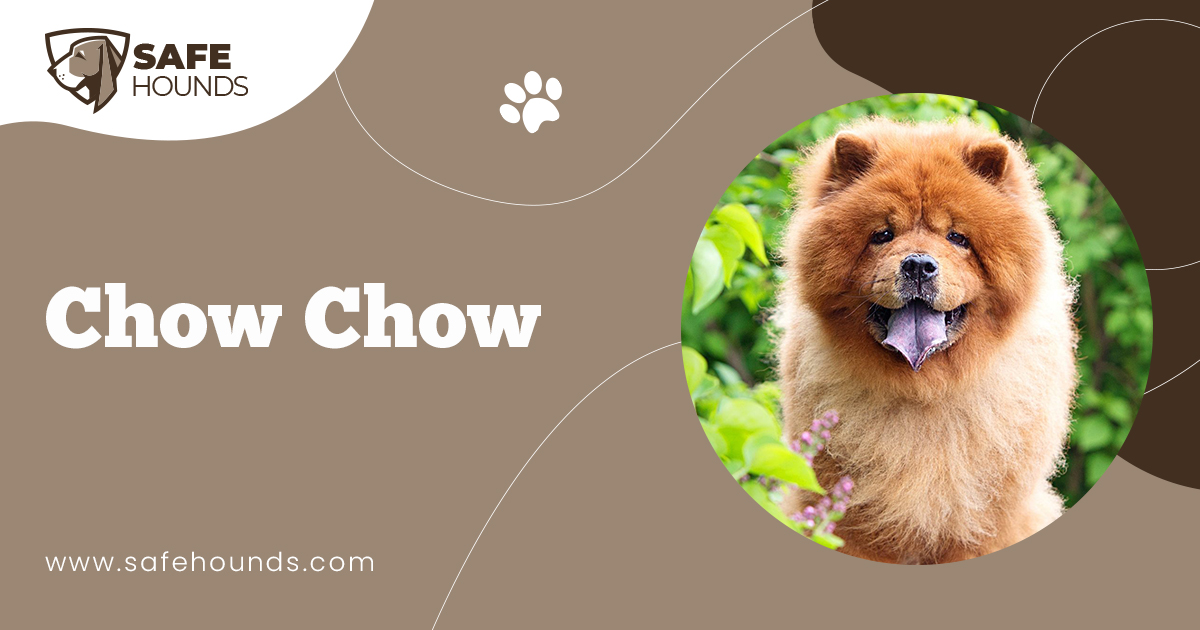 The Chow is a beautiful breed of dog. Their lion like appearance gives them a distinctive look and they have been known by that look for many centuries. The Chow is also known for their black and blue tongue that they sport as well. Over the years, people have been breeding these dogs to make them more family involved since they are more of a one-person type dog. As of today, as long as a Chow is raised right they will make a great family dog.

Chows have a mind of their own and can be stubborn when it comes to training. They are also pretty healthy dogs. Regular vet check ups will do fine with this breed. Chows are very good at hunting and herding. They come to us all the way from China.

There are two different looks of the Chow. You have the Rough Chow, which is a Chow with long fluffy hair. These are a favorite of the Chows. The other type of Chow is the Smooth coat Chow. The Smooth Chow has a short smooth coat instead of fluffy. All faces on the Chow make them look like a lion type. Both types of Chows are seen in the dog shows and are a favorite for everyone. Their straight hind legs give them, a beautiful stand and when they walk, they look stilted. This is something the judges look for in the dog shows of this breed.

The Chow comes in two different varieties, the Smooth Chow and the Rough Chow. The Smooth has a short smooth coat while the Rough has a long fluffy coat of fur. The colors of the fur coat on a Chow are solid red, black, blue, cinnamon, and a cream color. The color can also come in tan, gray, and white (which is very rare). Their colors can come in tri color as well. Their colors are soft and bright colors, which makes this breed very beautiful at home or in the show ring.

The ears on a Chow are small and rounded and there is a huff behind the ears. This gives the Chow a lion like appearance, which is probably why they call them a lion. The muzzle is short and narrows down to its nose, but does not come to a point at all. The tail is carried over its back and is thick with fur.

The Chow is very popular for its blue and black tongue and also for its hind legs. The Chows hind legs are very straight. The wrinkles on its face give the Chow a frown like look. This is also another feature that is notable of this breed.

The Chows height should be around 18 inches to 22 inches high and the weight of a Chow should be around 45 pounds to 70 pounds. They can vary around these heights and weights, but this is the average size for the Chow breeds.

The Chow is born stubborn and they have a mind of their own. They are very protective and can also be pushy with their owners. As long as the Chow is raised right, you should not have any problem with this breed. This breed is good at learning when you train them, but you have to be firm with your commands. This breed is not stupid, so as long as you are straight with your commands, you should not have a problem teaching the Chow new things. A well-bred and well-raised Chow can be a great family dog.

The Chow can live indoors or outdoors, but is kind of sensitive to heat. Apartment life is allright for this breed as long as you provide them with the exercise he or she needs. This dog can live with a small yard, as long as he is taken on walks or has a place to romp, run, and play.

Do not let the chow fool you by being lazy. This breed likes to be lazy, so regular walks or playing outside is good for this dog.

With the rough coat Chow, it is good to give the Chow a regular brushing everyday to keep its fluffy coat standing while looking healthy. This breed of dog sheds very heavily every season and regular brushing will keep the shedding under control while they shed. A bath is good for this dog, but only when necessary. You can use dry shampoo for this dog when they become dirty. If you leave the Chows coat unattended without brushing it can become matted and not so good-looking.

The Chow is several million years old. The breed has been known in China for thousands of years. The breed was used as a hunter, cart puller, and a boat guard in China. An Emperor in China was known to have about 2,500 pairs of Chows that he kept at home and used as gifts to other royalty. One of the pairs was given to the Prince of Wales.

Throughout the history of the Chows, they were also used for hunting sables, pheasant, and wolves and also to pull sleds. In addition, in China, this breed was considered a delicacy for people. As of today, the dog is still eaten in China. The only reason this breed of dog was and still is eaten in China is because of the food supply in China was very low and they had nothing else to live on besides this breed of dog.

This wonderful breed of dog was brought to England by merchants in the late 1800s. They say that the name for this breed originated from the Pidgin English word chow-chow. This word meant to describe miscellaneous stuff that was brought back from the Far East. This breed is now very popular in the United States as being just a companion dog for humans. The breed is still used today as well as being a watchdog and used for guarding home and property

Recent DNA analysis has confirmed that this breed is one of the oldest breeds known today. They say that this breed came from Siberia and then brought to China to guard palaces and other important buildings. They say that in Chinese bas-relief in 150 BC that there were hunting dogs that were very similar to the look of the Chow. Therefore, it is still a wonder how far back this breed can be traced. Still people say that this is one of the oldest breeds in the world.