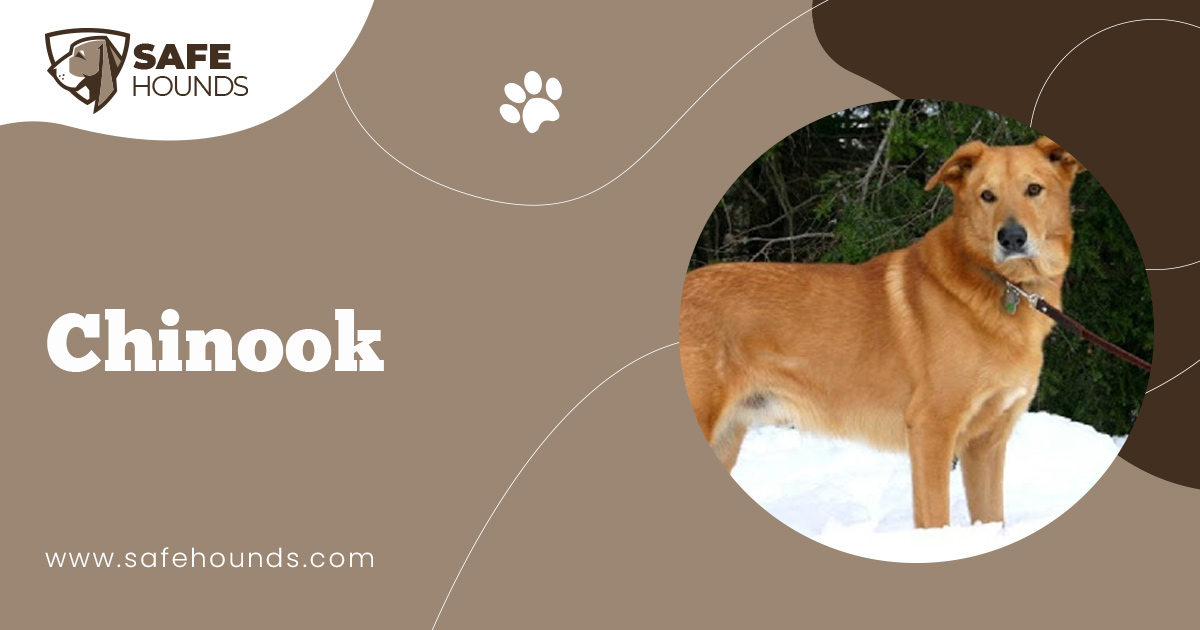 Most people have not heard of the Chinook. It is a rare breed. If you are searching for a Chinook, it may be a little difficult. The average wait time for a Chinook puppy is anywhere from 6 months to 24 months. That is especially true if you want a particular sex or a certain ear type. This will slow your search down even more. The price for a Chinook can be anywhere from $650 – $1500.

As a breed, the Chinook has had some good times and some bad times. On a number of occasions, this breed has almost disappeared completely. Thankfully someone has always rescued it from extinction. There are people who are very devoted to this breed. They are quite intelligent, mellow, and powerful. In the beginning of its history, this dog was bred because of its stamina and ability to pull. In modern times, those days are long gone. This breed is now more prized as a companion dog that is very loving and versatile. This dog has specific qualities that should be kept in mind if you are considering a Chinook. If you need a water dog or a retriever, this breed may not be a good fit. If you want a jogging companion, the Chinook may be just what you want.

The Chinook is a muscular dog with a compact frame. This sled dog has a body that is well balanced and a moderate bone structure. The Chinook has a deep chest that is prominent. The head has wrinkle free skin that has the appearance of being tight across the head. The Chinook has a powerful muzzle with enduring teeth. This breed has been described as having an entreating and curious glint. This is because of the appearance of its ears, which are bending and wind blown. The Chinook has a large nose with wide nostrils. The nose and lips are solid black. It has teeth that are best described as a scissors bite.

The Chinook has almond shaped eyes that are moderately sized. It is preferred that this breed has dark brown eyes although lighter eyes are acceptable. The Chinook has oval feet that are compact with well arched toes and deeply cushioned pads. The feet of the Chinook are furry and moderately webbed. The tail of this breed is thick at the root and tends to taper at the tip. The tail of this dog hangs downward when it is standing, The tail hangs down when the dog is walking or running.

The Chinook has a double coat. This breed has medium length hair. This breed has an undercoat that is thick and downy. The outer coat is more coarse and lies closer to the body. In climates that are very warm, less dense coats are more common

The Chinook are hard working and dedicated. They are also quite versatile and can perform various tasks. Their main concern is performing their given tasks. The Chinook is an excellent sled dog. It can also perform other tasks, such as obedience, carting, packing, and search and rescue. The Chinook is quite agile because of its build and drive. This breed does not normally display aggression and they are bred to work with other dogs as a team. The Chinook may at times be reserved with people it is not familiar with. It may also display this behavior in surroundings it is not familiar with.

The Chinook requires very little grooming. Its coat practically takes care of itself. This breed has a double coat. It consists of a undercoat that is downy and an overcoat that is coarse. It has been reported that some Chinook dogs shed for approximately a week, two times each year. Others have reported that their Chinook dog sheds heavily over the course of the entire year.

The Chinook requires only a moderate amount of exercise. These arent hyper dogs. This breed should be taken for a walk each day. After the necessary amount of exercise has been given tho this dog, they will usually either rest or entertain itself.

The Chinook is a breed from the northern part of the USA. This breed came from a single ancestor. In 1917, the originator of the Chinook was born on a New Hampshire farm owned by author Arthur Walden. The father of the Chinook breed was one of three pups born to a Northern Husky female. The father was a large, mixed breed dog. The result of this union did not resemble either of its parents. The Chinook was an excellent sled dog. In 1927, it even went along with Admiral Byrds South Pole expedition. The offspring of the Chinook were bred to combine the most desirable characteristics of the small racing sled dogs, primarily their speed, with the strength of the larger freight dog.

Around the time of the early 1900s, this breed set records for running time, loads carried, and distance covered. Throughout the years, the Chinook has been bred by a small number of dedicated breeders. Most people are not aware of the Chinook. It is a very rare breed. They are so rare that the Guinness Book of World Records listed them as the rarest dog in the world in 1966. At that time, there were only 125 Chinook dogs in the world. By the time the 1980s arrived, this breed was literally on the verge of extinction. At that time, there were only 12 breedable Chinook dogs remaining on the planet. In times past, the Chinook was an excellent sledding dog. Now they are more of a companion dog with the capability of doing various jobs. They still love carting and sledding.

Certain breeders are trying to gain more recognition for the Chinook. They are even actively looking for sledders to work with breeders to develop programs that will help with the working qualities of this breed. In 1991 the Chinook was officially recognized by the United Kennel Club. The UKC has worked with the Chinook Owners Association to develop a cross breeding program. The goal is to create better health in the gene pool and more diversity. There is a specific process that must be adhered to. There is an application that must be completed. Strict guidelines are followed to preserve the integrity of the process. A committee oversees the entire process. At the conclusion of the program, the dogs that have gone through the program are then eligible to be registered in the UKC as a pure breed. In an unusual move, the UKC will also allow some Chinook Crosses to be LP registered. One of the main groups who are working hard to preserve the Chinook is the Chinooks New England Club.