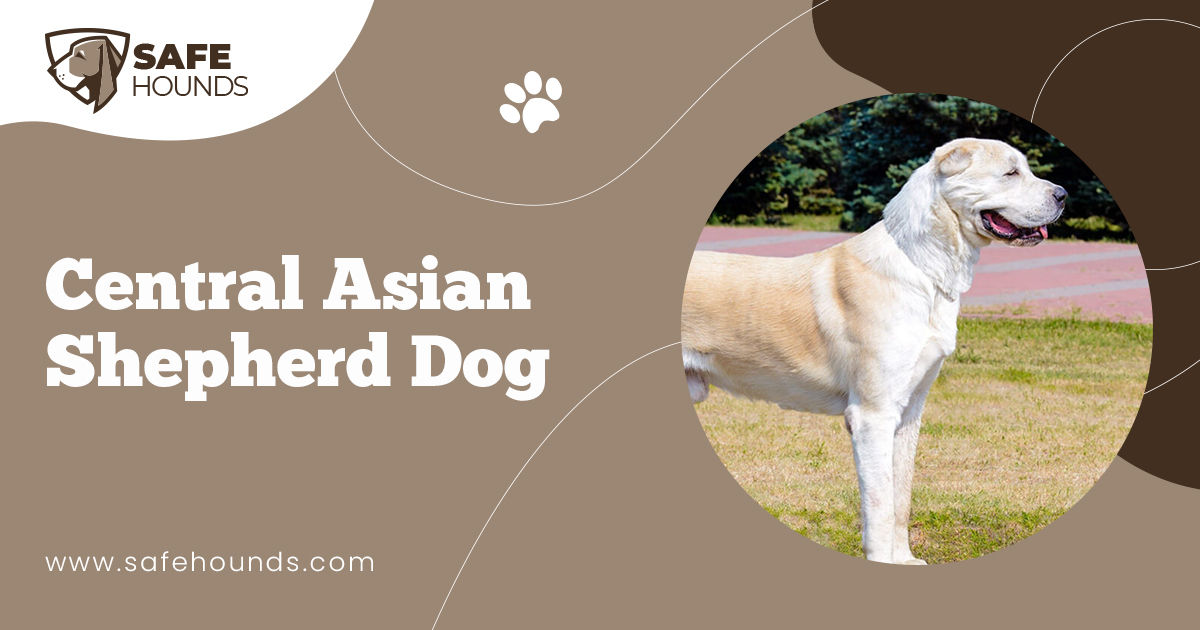 The Central Asian Shepherd Dog is a large Mastiff type dog. This dog is a working dog. Primarily, it is used as personal guardians, livestock guardians, estate guards, and flock guardians. Depending on the country, the ears and tail of this breed can be docked or not docked. The reason for this is because some countries, such as Australia, Netherlands, and France, have begun to ban cropping and docking. The body of the Central Asian Shepherd dog is a little longer than it is tall. From the forehead to muzzle there is no stop. This breed is designated as two different varieties. One is the short variety and the other is the long variety. The coat of this breed comes in a wide range of colors. The Central Asian Shepherd Dog are rugged dogs and they have wide backs, large chests, and big bones. They have very powerful muscles in their shoulders and well bones forelimbs. This breed has powerful thighs and a very strong back.

The Central Asian Shepherd Dog is a flock guardian who is calm and fearless. This breed does not back down and they are independent. They are very good with members of their own family. However, they should be supervised around children. Outside of its territory, they may have the tendency to try to dominate other dogs. These are guardian dogs and they are wary of strangers. That should be kept in mind when taking them out in public because they will act on their instincts as guardians. The Central Asian Shepherd Dog have the tendency to bark at night. If you live in close quarters with other people, that may present a problem for your neighbors.

Unless the Central Asian Shepherd Dog is being used as a flock guard dog, it is important that this breed be socialized. They usually get along with other non canine animals, such as cats. They also tend to get along with other dogs, as long as that dog is not considered a threat. This breed is considered to be a family dog and they want interaction with every day activities. It is necessary that the owner of this breed understands flock guard type dogs and also the temperament of this breed. A timid owner will not do well with a Central Asian Shepherd Dog.

The Central Asian Shepherd Dog doesnt require much grooming. This breed has a heavy, double coat. Because of this, brush and weeds do not easily get caught in the coat. Mud can easily be brushed out of the coat, once it dries. In the spring, the Central Asian Shepherd Dog shed very heavily. At that time, the coat should be brushed more than normal to ensure the dead hairs are removed. At other times of the year, they are light shedders.

This breed needs a large yard with a fence. They need to be given a job. Always keep in mind their natural instinct is to guard. If they do not have enough room to move around, they will become very bored. In turn, this will lead to chewing and digging. Even when this breed is given lots of exercise, they still enjoy being outdoors, guarding their territory. If they dont have a fenced in area, they will naturally expand their area for as far as they can. This breed should be given a long walk each day

Since the 18th century, scientists in Russia have done studies on the dog population in the local area. After the communist revolution, the government began focusing on working dogs that could be used by the army. They imported the best breeds they could find that would meet their military requirements. As time went by, this practice caused harm to the dogs in the area. It also led to cross breeding in certain areas. In the majority of areas, the only purebred dogs that were left were owned by herders, farms, and breed enthusiasts. Against the odds, the CAS dog survived as a breed.

The modern Central Asian Shepherd Dog has been bred for different purposes. In the areas where this breed resided, dog fights have been a popular pastime for the longest period of time. They arent considered as destructive as pit bull fights. It was more about obtaining dominance than destroying the other dog. In most cases, the dogs would evaluate each other before the fight and the less strong animal would simply leave. Actually, injuries happened very seldom. Dog fights in the modern era are much different from traditional dog fights. In the same way, guardian dogs are different from dogs used primarily for fighting. Most Central Asian dogs specifically originated from lines that produce fighting dogs. Most breeders know the background of their dogs and know whether they come from fighting backgrounds.

The demand for livestock guardian dogs is not as great as it was in the past. This breed has a wide range of good qualities. They are territorial but protective of its family. They are considered to be safe around children and love elderly people. They will protect smaller animals from danger and they are very kind with their own family.