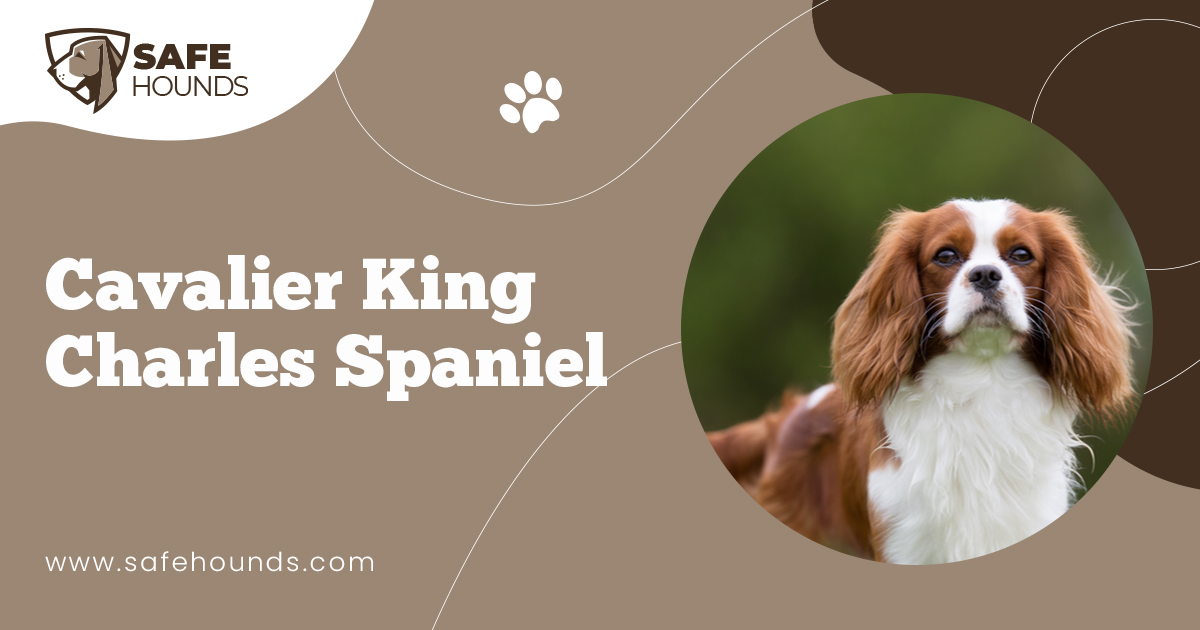 The Cavalier King Charles Spaniel is one of the smaller breeds which you may have seen at dog shows under the toy group because of its size. The dogs size may fool you, but they have more love than their size. This animal is known for giving so much love to his owners that many people with high stress own a Cavalier King Charles Spaniel for their calming effect. Owners of these adorable dogs realize they have less stress and are calmer than before.

The Cavalier King Charles Spaniel is also a very good companion when traveling to different places. Their size is great for when staying at hotels or campgrounds that allow animals. They love to be with their owners all the time so traveling will be no hassle at all with the dog.

If you are searching for a lovable and caring pet that will not be happy unless you are giving him all the attention, then you have found your best friend.

The appearance of the Cavalier King Charles Spaniel is a beautiful sight. The loving look of the breed is very warming to all that look into his eyes. The first thing everyone notices about the Spaniel is his or her big beautiful brown eyes. The breeds eyes give off a very loving and very warming look. The Spaniels nose is black and has flared nostrils, but is very cute which adds more love to the breeds face.

The body of the Spaniel is small. The tail can sometimes be docked, but nothing less than 3 times its length. Otherwise, the tail is long with long wavy hair that flows from it. The coat on the dog is of medium length and has a wavy appearance. The coat of the Cavalier King Charles Spaniel is very soft. Along with the body, the ears are long and kind of floppy with a feathery like fur covering.

The Cavalier King Charles Spaniel comes in a few different colors such as Blenheim, which are red and white, Prince Charles, which is tricolor, King Charles, which is black and tan, and Ruby, which is a rich mahogany red. These are the only colors you will find in true Cavalier King Charles Spaniels. Certain spots on the dog may be other colors as well. Like with the Blenheim colors there may be a spot between the ears on the top of the head that may be a chestnut-red color. This spot is preferred by many breeders, but it is not something that they have to have on them for a marking.

Cavalier King Charles Spaniels are very loving dogs and can give compassion to their owners whenever they need it. This breed does not like to be left alone all day. Cavalier King Charles Spaniels are not like hunting dogs and a small yard is good enough for them. They love to run around in the grass, but make sure to keep them fenced in or on a leash because they do tend to chase after things and this way they will not be hit by a car or run away.

The care and grooming for the Cavalier King Charles Spaniel is fairly simple and easy to do. The dog should be brushed at least once a week with a metal comb, a pin brush, or a soft slick brush. This will help keep the dogs coat nice and smooth free from any tangles or knots in the fur.

Cavalier King Charles Spaniels do not need to be bathed often as to the fact that they are very clean dogs as it is. A bath once a week should be fine. Anymore bathing than that can dry out their skin. After bathing simply take a comb and a blow dryer that is on medium or low, dry them while combing out their fur. This will leave their fur nice and soft and tangle free.

Back in time around the 16th, 17th and 18th century these breeds of dogs were famous in paintings by Titian, Van Dyck, Lely, Stubbs, Gainsborough, Reynolds, and Romney. In the paintings, the dogs looked different than they do today such as having a flat head, small pointed ears, almond eyes, and somewhat of a pointed nose. Back in these days, the ladies of Tutor were always seen with the Toy Spaniels. This breed came under King Charles II. King Charles was barely ever seen without a few of this breed at his feet. The King decided to make it where this animal was allowed anywhere. As time went on though, the popularity of this breed was replaced by the Pug. The only ones around were the white and red Toy Spaniels that were around the Blenheim Palace.

Dogs shows were a thing never heard of before the mid 19th century in England. At this time, many breeds began to arrive and along with this, several breeds were altered. In the 1920s an American Roswell Eldridge offered prize money to anyone who could show a Kings Charles Spaniel with a long nose. He wanted to find a dog similar to the Van Dyke painting. At this time, the dog was classified in its own breed and then given the prefix of Cavalier. This is when the Cavalier King Charles Spaniel was born. In 1996, the Cavalier King Charles Spaniels was shown in the AKC toy group section.