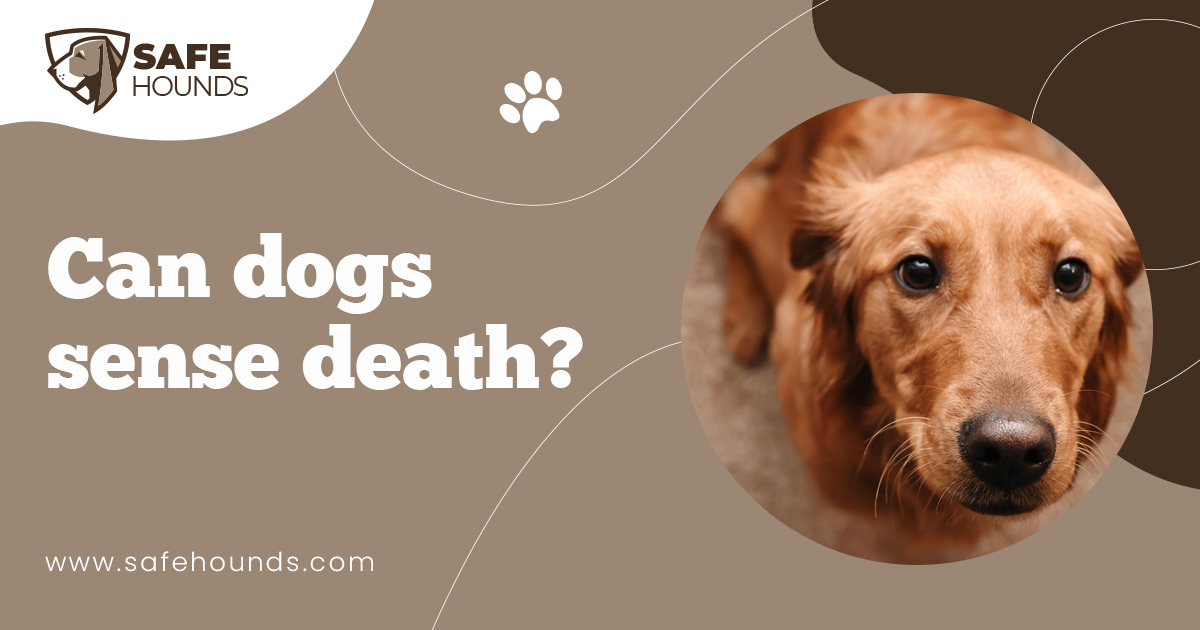 Oscar, a cat in a nursing home was made famous by an essay published in the New England Journal of Medicine. Supposedly, the cat has made about 50 correct death predictions. The cat that regularly roams the halls of the nursing home would enter the room of a patient in his/her final hours and would refuse to leave until the patient passes away. Can dogs predict death as well? Dogs have always been associated with superstitious beliefs regarding death. Although unfounded and unsupported by scientific facts, dogs are believed to have the ability to sense death.

The howling of a dog that breaks the silence of the night portends an ominous event. Various legends all over the world associate a dogs howling as a prelude to death. The howling of a dog in a home with an ailing person is an omen that the reaper has arrived to claim the soul of the sick person. Even during the ancient times, dogs were always believed to be harbingers of death. Egyptian tombs are guarded by Anubis, the jackal headed deity that is supposed to guide the spirit to the hall where the deceased will be judged. In Persia, a dog is stationed by the bedside of a dying person to protect the newly released soul from being possessed by evil spirits. The Greeks have their share of superstitious beliefs associated with dogs too. Hecate, the Greek goddess of darkness can do her evil deeds as she cannot be seen by human eyes. Dogs though have the ability to see evil entities thus; dogs are depended on to warn humans of Hecates presence.

In this rocket science age, it is rather hard to believe that dogs have the ability to sense death. Although we would hear weird stories how a dog would show signs of knowing when a family member is about to die or stories how dogs would stand still, stare at a spot and show signs of seeing entities not visible to the human eyes. Dogs are supposed to have the ability to see the imminent death and would warn humans by howling or by barking mournfully.

Apart from being intelligent animals, we know that dogs possess senses that are much more superior to what humans have. Dogs are one of the animals noted to have psychic sensitivity. The psychic ability known as anpsi allows the dog to sense the arrival of a loved one, to predict ominous event before they happen and to find their way home even from long distances. The ability of a dog to sense death has been an ongoing debate between devoted dog owners and physically minded skeptics.

How do dogs sense death? Non-believers argue that in spite of the dogs heightened sense of smell, it cannot smell death given that the odor would come naturally after the person dies. However, demonstrations of a dogs 6th sense have been studied and documented. The dogs ability to sense death was noted to be similar to its ability to detect cancer and to predict seizures and heart attacks. Humans may not be able to smell death but because of a superior scenting ability, the dog would unerringly predict when a person is about to leave the earth plane. Moreover, dogs are highly attuned to the moods of humans. Human behavior changes drastically when a loved one is seriously ill. The sadness, anxiety and other emotions exhibit by humans will be picked up by the dog. The dogs empathy will be manifested by mournful howling.

Dogs exhibit psychic abilities but until this paranormal ability is backed up by scientific evidences, animal experts, parapsychologists and dog owners would have different views on the dogs knack to sense death.