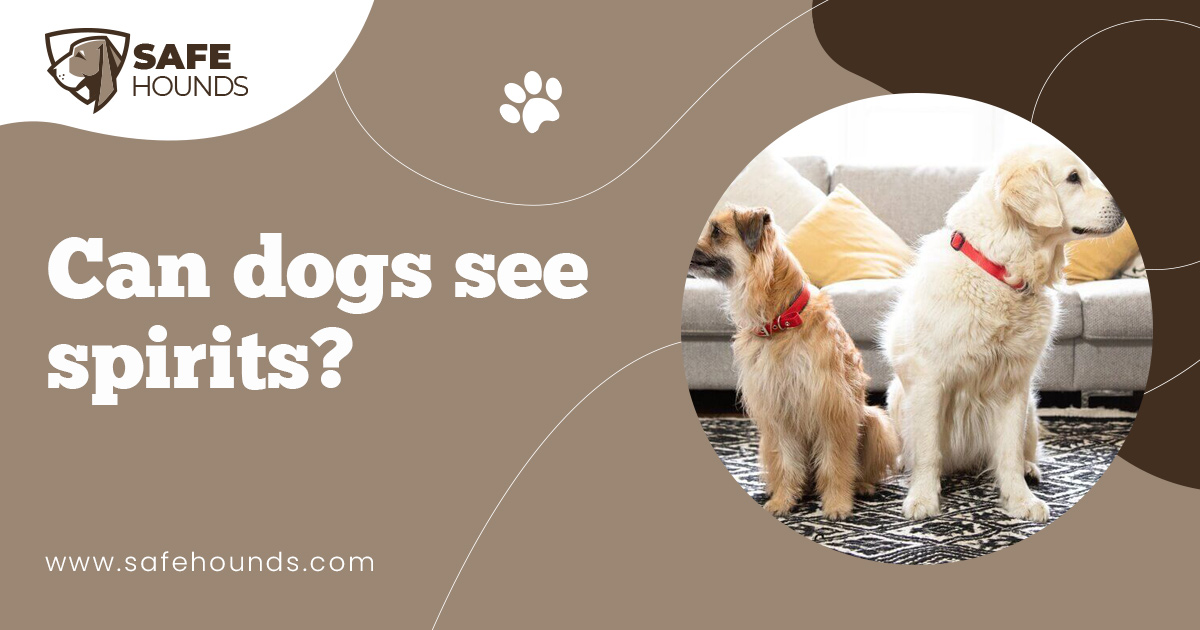 How many times have you heard stories how dogs would show signs of seeing unseen entities. Although never scientifically proven, a lot of dog owners believed that their pets can see spirits. Some were spooked, others were intrigued. Non-believers tried to find a scientific or at least a logical explanation for the dogs peculiar ability. Does your dog show signs of seeing things not visible to human eyes? Most dog owners have their own stories to tell about the dogs bizarre paranormal abilities.

Dogs have been the companion of man since the ancient times. Dogs are loyal and devoted friends but these animals have served mankind in other capacities as well. Ancient people all over the world have this belief that dogs are one of the animals attributed with extraordinary powers. Dogs posses ultra sensitive senses, superior strength and speed. Early people believe that dogs are spiritual animals. Dogs have this peculiar ability to see spirits.

Do spirits really exist? A spirit is believed to be a form of energy. Psychics that profess to have seen spirits tell us that these energies commonly appear as a ball of light or an elongated shape. Spirits can take any other forms. Some would appear as a mist or a cloud that would move very quickly. These spirit forms are comparable to light spectrums that exist in a wide range of frequencies. Normally unseen by the human eye, spirits are occasionally seen by people claimed to have an open eye. Dogs and other animals are believed to see these energies.

Although unfounded and not backed up by scientific facts, dogs are one of the animals believed to have an awareness of humans personalities and moods. A dog is credited with the ability to instantly sense the character of a person so that this animal would growl and turn away at someone who is evil. It is generally believed that dogs communicate with humans through body language. Dog experts or anyone that have had long associations with a dog would attest to the fact that dogs have a peculiar form of mental telepathy. Yes, dogs use sub-spirit or psychic form of communication.

Dogs are noted for their heightened senses. The psychic sensitivity allows the dog to pick up telepathic signals that are floating around, ability that only humans with the gift can do. Studies have documented situations when dogs have demonstrated their 6th sense. Dogs are believed to manifest mental telepathy when they sense the arrival or the death of a loved one. Many dog owners have recounted stories how the dog would howl or stay at the death bed of an ailing family member. Superstitious beliefs attribute this fact to the dogs ability to see the reaper and the spirits of departed loved ones that are watching while the ailing person is about to depart the earth plane.

Dogs normally bark ferociously when in the presence of intruders. The pricked ears, the bared teeth and the raised hackles demonstrate the dogs aggression. A dog that is purportedly seeing spirits would show a distinctly different reaction. The barking in itself would be different. Instead of the rapid barking, the dogs woof will be interspersed with whining. What would be most noticeable is the dogs droopy tail. The dog would show aggression especially if the owner is around. The pet is trying to protect the master from something that is not familiar but it would show fear and nervousness as well.

People who do not have psychic energies and does not see spirits will naturally scoff at the idea that 6th sense allows these animals to see spirits. Further studies will be necessary to prove this idea beyond doubt. However, dog owners that have witnessed the unexplained behavior of the pet would believe that the pet indeed can see paranormal entities, scientifically proven or not.