Home / Blog / Can dogs have popcorn? 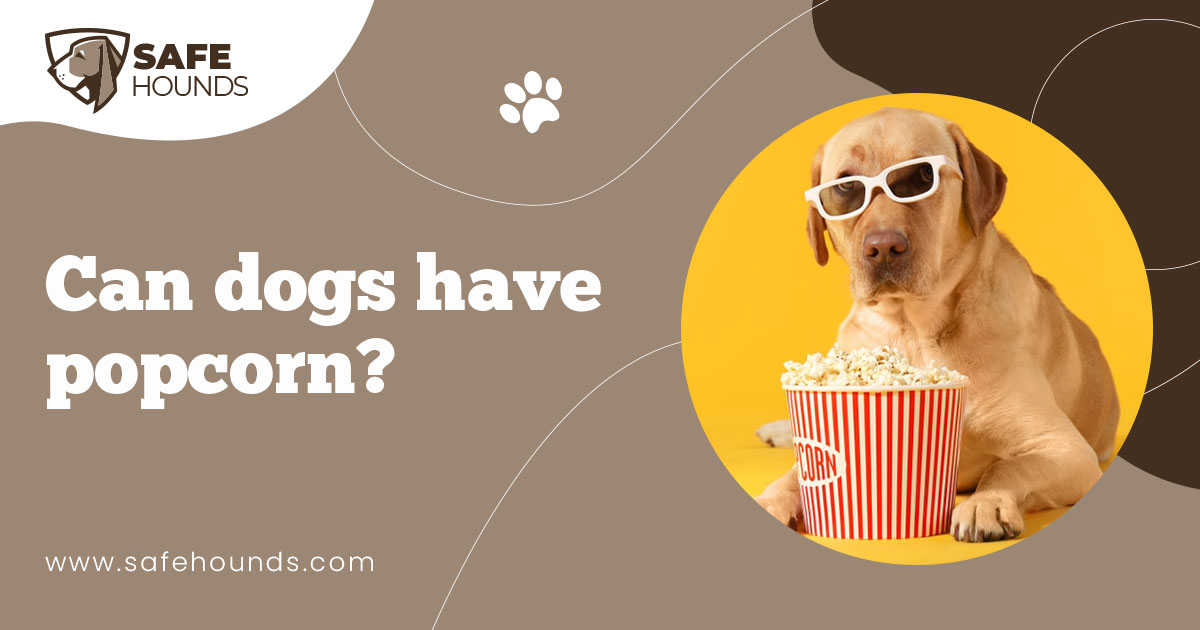 Can dogs eat popcorn? Sure, why not? Dogs are omnivorous animals. They eat anything! They also love to eat whatever their human family is eating. Because these animals are much loved, it would not be surprising if the dogs family will share with the pet whatever food they eat. A family gathered around the TV set watching a show is a common weekend scene. And so are cans of soda and a big bowl of popcorn drenched in butter. Naturally, the dog will share with this treat.

Dogs are believed to be carnivorous animals. However, before domestication and when dogs were living in the wild, they have to hunt and fill their stomach with anything to stave off hunger. Hunted prey will be eaten – meat, fur, entrails and all. The partially digested vegetation inside the preys stomach will be eaten as well causing dogs to develop the habit of eating grasses, berries and fruits. Moreover, the scarcity of food in the wild has caused dogs to eat anything – edible and non-edible. After domestication, dogs generally subsisted on commercially prepared dog foods. However, real people foods are commonly tossed to the dog.

Popcorn is one of the people foods that are given to the pet. Dogs have developed a taste for popcorn thus this favorite snacks is commonly used as a treat during training. Popcorn specially made for dogs comes in bacon, roasted chicken and roast beef flavors. Popcorn is a low fat treat that is a good source of carbohydrates. Popcorn has high fiber content as well. Popcorn is considered as a healthy dog treat that would make a good substitute for dog treats high in fat. However, this will only be true as long as the popcorn is plainly air popped, unsalted and not drenched in butter or coated in caramel.

Nutritionally, the dog would not gain lots of health benefits from plain popcorn aside from carbohydrates and fiber. The puffed up corn kernels contains a lot of air and nothing more. Giving the dog popcorn though is one way of adding variety to the diet of the pet. Plain air popped popcorn would be low in calorie content but the salted and buttered ones would make the dog gain weight.

People love popcorn thus it is presumed that our loyal companions would love this treat too. As with other human foods, popcorn must be given to the dog in moderation especially if the popcorn is salted, buttered or caramelized. This kind of popcorn would have adverse effects on the health of the dog if consumed in large quantities. Due to the fat content, the most common result of overfeeding would be diarrhea. Pet obesity is one of the serious health concerns faced by a dog owner as it can lead to other life threatening issues. Heart problems, arthritis, diabetes, pancreatitis are only some of the serious health concerns that can be worsened by the pets obesity.

There are some considerations in giving popcorn to the pet. Some dogs have food sensitivities. The preservatives, dyes, flavorings in the popcorn can cause an allergic reaction. The hull of the corn can be lodged between the teeth of the dog. Although not a major concern, this will still make the pet uncomfortable. We know that dog have the propensity to wolf down food. Popcorn is not a recommended treat for toy breeds as the kernels can block the esophagus and the rectal passages. If ever you do feed your Chihuahua, Maltese or Shih Tzu, you have to make sure that the corn kernels have fully popped.

Popcorn is one of the people foods that can be safely given to the pet as it does not contain substances that cannot be tolerated by the dogs system. However, for the pets safety, this treat must be given in moderation.