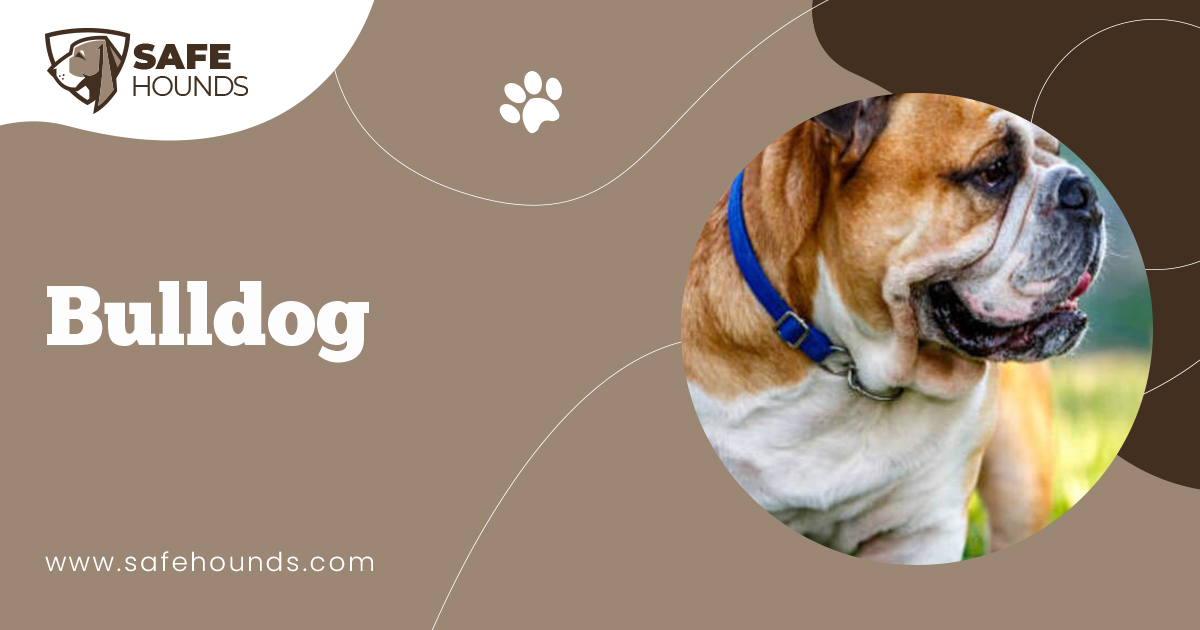 The Bulldog is one of the most popular dogs around the world. He is often seen as a very popular mascot for several universities around the United States. The oldest traditional university that has the longest running Bulldog mascot is Yale University. The term Bulldog is also used in the Marines as well.

One thing about the Bulldog is that the life span is not like many dogs. The average life span of the Bulldog is only 8 years, however, some can live a bit longer while some never make it to age eight. Many breeds of dogs live to be around 14 years of age.

Every year, the Bulldog is represented in The American Kennel Club (AKC) dog shows. In the AKC, the Bulldogs are under the AKC non-sporting group. Bulldogs have been known well for winning the AKC because of their strong appearance.

Bulldogs are a bulky shorter type dog. They have a pug like face that is adorable to everyone. Bulldogs are great companion that all individuals can enjoy. They have a friendly face and are very good with any family. The Bulldog can be a good guard dog if trained to be that way. On the other hand, Bulldogs can also be the friendliest animal to have around.

The Bulldog is a very broad and short animal. With their short legs it gives the Bulldog a waddle to their walk. Even with the short legs, they are very sturdy when walking or when they run. The Bulldogs waddle is very adorable which many people love. The coat on the Bulldogs is very short and smooth, so it is easy to take care of.

The head of a Bulldog is very big and round. They have short, kind of floppy ears that bounce when they walk. Their eyes are small and have skin that kind of folds over the eyes just a little bit. They have a pug like face which gives the Bulldog an under bite which is very cute when they pant. The nose is big and black where the nostrils are big and flared out.

One thing about the Bulldog that is very notable for the breed is their wrinkles. The wrinkles are extra skin that folds down their face. There are wrinkles as well under the chin and sometimes also on other parts of their body. The tail does not have folds or wrinkles, but is short and carries low to the ground.

Bulldogs can come in various amounts of colors. They can come in pure black or a range of mixed colors such as white, brown, and black all on one. They can also range from fawn like color all the way to a reddish color. Purebreds do not come in black as much and is not acceptable for dog shows.

Some people look at Bulldogs as mean dogs. This is not true. Bulldogs are very friendly and love kids, as well. Bulldogs love the attention from any human, therefore, any person that has the time to devote all their attention to him will have one of the friendliest dogs in the world. On the other hand, Bulldogs can also be very good guard dogs. They do like to protect their territory and their family. Bulldogs are also pretty good with other dogs, but can be kind of edgy with strange dogs around.

Bulldogs are very active when they are young, but as they grow older, they start to slow down and be much calmer in their older years.

Bulldogs work great for anyone that lives in an apartment or small house. The Bulldogs are indoor types of dogs. Bulldogs do not need much room to play so a yard is not necessary, thus the reason they can be very comfortable in an apartment. Just keep in mind that when Bulldogs are puppies that they can be a bit destructive around the house. Always make sure there is nothing for them to chew up lying around the house, especially electrical wiring.

Bulldogs do need extra care in their life. There are two things that need to be done on a regular base. The first thing is to brush their teeth everyday. You can simply do this by using a soft human toothbrush and get some vet prescribed toothpaste to use. The second thing to do is to make sure you clean under their folds. This will help keep out infections from moisture which can build up.

When wanting to breed Bulldogs keep in mind that you will need to have a vet around. Since Bulldogs have bigger heads they have problems giving birth. This will require the Bulldog to have a caesarian section. This is the best way to have your Bulldog give birth. Giving birth naturally can endanger the mother.

Bulldogs are known to shed hair. The grooming of a Bulldog is pretty simple. Just take a firm bristle brush and comb them regularly. Make sure to wipe down their folds as well when cleaning. Bulldogs only need a bath on an as needed basis.

Some Bulldogs love to run around, yet they do not need exercise like many other dogs do. If given some exercise the Bulldog will stay fitter. Bulldogs that are fit will move quicker but only for short period of times.

Bulldogs also have tendencies with drooling and snoring. The snoring is caused by their scrunched up face.

The Bulldog today is different from the Bulldogs many years ago. Years ago, Bulldogs had a very high temperament, but Bulldogs today are more mellow and relaxed. The name Bulldog goes back to many years ago. Bull comes from the fact that the dog had a resemblance to a small bull. Then it also comes from the fact that the dog used to attack bulls back in the 19th century. The Bulldog name is of medieval origin. Bulldogs were used to attack bear, lions, and other big animals during hunting. This was outlawed in 1835. This type of hunting was known as baiting the larger animals, which today is considered cruel and inhumane.

Bulldogs were always tied up to a chain with many other Bulldogs until it was time to fight. This is when the Bulldog was called Bandogge instead of Bulldog. After a few more years the dog got his name of Bulldog due to the fact of fighting bulls.

Because of the Bulldogs fighting and over time, the dogs became abnormal. This is where the large heads and big broad bodies came from as well. After this effect took place the Bulldog wasnt used for fighting bulls as much as it was before. Today, the bulldog is nothing but the friendliest dog to have around. Even though they can still be used for guard dogs, the Bulldog is also a great companion, which is far different from his origin.