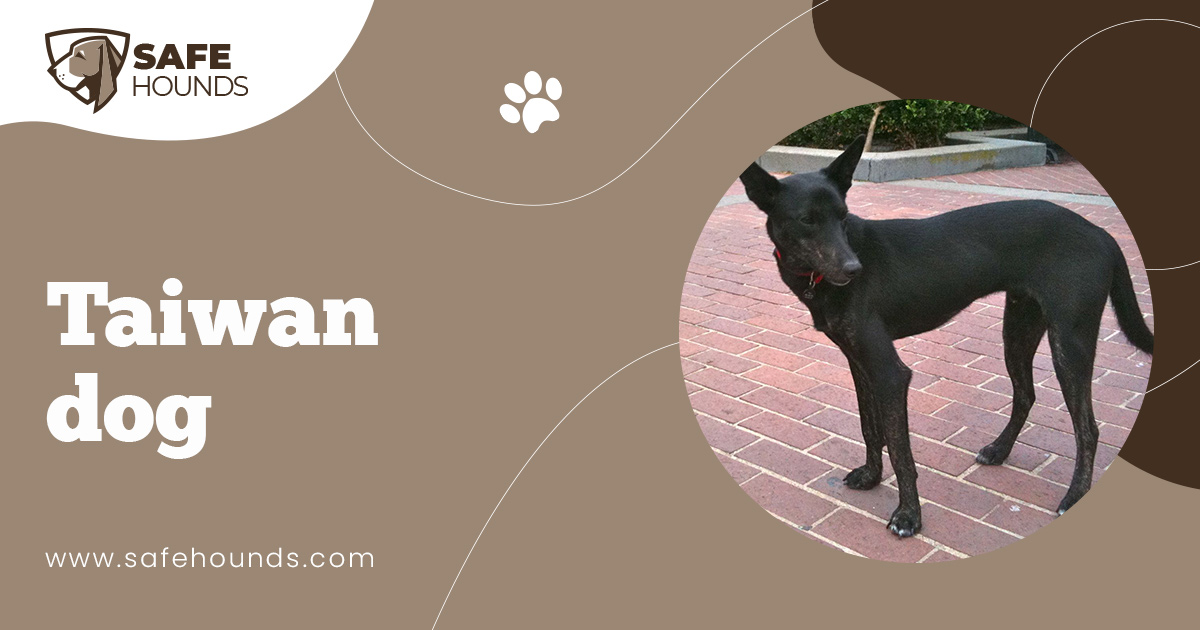 The Taiwan Dog also known as the Formosan Mountain Dog is Taiwans National Dog. This breed may also be the very first breed of dog indigenous to Taiwan that will be recognized internationally. The fact that Taiwan dog is an ancient breed was already established although the origin of this breed has always been an issue. It was speculated that domesticated dogs have existed for more than 14,000 years. These dogs have accompanied early settlers that migrated to Taiwan. Taiwan is a thickly forested country. The dogs have to adapt to the new harsh environment, they have to gain new skills in order to survive. The dogs of the early settlers eventually evolved into a new breed the Taiwan Dog. Based on physical characteristics, the Taiwan Dog is classified into three types – the Taiya, Bunon and Plain.

Because of the vast harsh terrain, the dogs have become semi wild but they still retained the domesticated dogs trainability. During the ancient times the aborigines depended on these dogs for their food. Taiwan Dogs are excellent hunters. It is said that three of these dogs can overcome a bear. These dogs are the loyal companions of the hunters. A Taiwan Dog is extremely loyal and protective of its master. These dogs make excellent guard dogs as they have an inherent distrust of strangers. Anybody that will approach the dogs master should be warned by the growling otherwise the stranger will be introduced to the vice grip-like jaws of the dog. In recent years the dog was utilized by the police as drug sniffing dogs. Others have become stunt dogs.

Pureblooded Taiwan Dogs are on the brink of extinction. When foreign breeds were introduced to Taiwan, indiscriminate and unplanned crossbreeding became so common. People in Taiwan love dogs. It will be noticed that dogs that fit the descriptions of a Taiwan Dog is very prevalent. However, dog experts in this country consider these dogs as mutts as unlike the pureblooded Taiwan Dogs these mongrels do not have the breeds strong sense of direction. A true Taiwan Dog can be distinguished by its excellent sense of smell, sight and hearing.

The Formosan Mountain Dog is a beautiful breed. The medium size spitz type dog has a slender but strong squarish body. The broad rounded forehead has no wrinkles because of the tight fitting skin. The skull is a bit longer than the muzzle that has a flat nasal bridge. The muzzle tapers to a medium sized nose with wide nostrils. Nose is usually black in color though it can be lighter for dogs with light colored coats. This breed has well developed and slightly protruding cheeks. Teeth have scissor bite. Almond shaped eyes are dark brown in color. The bat-like ears is a very distinct feature of this breed. Pricked ears are set at 45 degree angle on the sides of the skull.

The strong muscular neck is slightly arched. Muscular and sinewy body has short straight back with well developed withers. Loin is finely muscled. The broad flat croup is slightly sloping. The slightly deep chest does not reach the level of the elbows. A Taiwan Dog has slightly protruding forechest, well sprung ribs and well tucked up belly. The Taiwan Dog has two types of tails – a straight and a curved tail. The straight tail is carried erect and the sickle shaped tail is carried with the tip curving forward. Both types of tails are profusely covered with hair. A furry tail and a hairless belly are very distinct characteristics of this breed. The furry tail is used for warmth as it covers the hairless belly during the cold winter months. The rather long tail also protects the snout from insects. The hair of a Taiwan Dog is short and hard. The close lying hair can be black, white, yellow, brindle, white and black, white and brindle and white and fawn.

The Formosan Mountain Dog or the Taiwan Dog can be quite hard to find. Moreover, the cost of a purebred puppy can be quite high. However, this is a one of a kind dog. This breed makes an excellent and dependable guard dog but it makes a superb companion as well. This breed is affectionate and extremely loyal to the family. Apart from being an intelligent breed it has an inherent desire to please. Obedience training will never be a problem. This breed even learns little tricks. The dog gets along well with children especially kids they have grown up with. However, because of their protective nature, supervision is always necessary when the dog is in the company of other children. The Taiwan Dog tolerates other dogs. In Taiwans mountain ranges, this breed have coexisted with other dogs.

A Taiwan Dog has high exercise requirements. The dog is calm and relatively inactive inside the home but it would be ill suited to live in an apartment. This breed will need a large space where it can run and play unrestricted by a leash. The yard must be fenced in as well. This breed has a high prey drive and may indulge in a good chase when it sees and scents the neighbors smaller pets.

The Taiwan Dog is a good choice for someone who wants to have a dog but does not have ample time to spare for the grooming of the pet. This is a low maintenance breed. Brushing the coat once a week will be enough to maintain its good condition. This breed has no doggie smell thus, frequent bathing will not be necessary. However, just like any other breed this too will need to have the teeth and the ears cleaned regularly. Nails must be trimmed regularly as well.

Formosa was the name given by Portuguese sailors to the island of Taiwan because of its beautiful coasts. The name was derived from the Latin word formosus which means beautiful. The Taiwan Dog, a breed indigenous to this country is otherwise known as Formosan Mountain Dog. The Taiwan Dog was granted the honor of being the countrys national dog. This breed is considered as a historical treasure as it has become an integral part of the aboriginal culture. This breed of hunting dog has existed in the mountain ranges of Taiwan and has been used by the aborigines for more than a century. The origin of this breed is not certain although it was speculated to have descended from the South Asian dogs that were commonly called Pariah dogs. These Pariah dogs were believed to have originated from the aboriginal dogs that came with the settlers crossing the Bering Strait from Asia.

Over the past decades, the Taiwan dogs were crossed with other breeds. This indiscriminate crossbreeding resulted to a genetic remodeling. Dogs are every where in Taiwan but pure Taiwan Dogs are extremely hard to find. Present day dogs look very much different as compared to the descriptions and photos of dogs during the early days. Needles to say, these crossbreeding proved to be a great threat to the survival of the breed. Pure breed Taiwan Dog is close to extinction. Purebred Taiwan Dog is on the brink of extinction.

Breed enthusiast have initiated programs to conserve the breed. A study conducted from 1976 to 1980 necessitated to search purebred dogs from the aboriginal villages in the countrys mountain ranges. Out of the 160 specimens found only 46 were verified to have an A rank purity. Because of this Dr. Yung yi Sung has made a request to the Taiwanese government to take the necessary action to protect the Taiwan Dog. In the 1980s, a well known breed enthusiast named Chen Ming Nan started a business that will create purebred Formosan Mountain Dogs. He started the Hsiao Wu Fung Kennel by purchasing a purebred Taiwan Dog from an aboriginal man for about $1,000. Brother Native Dog, as Chen is called, has spent 10 years to find 4 dogs that will be used as breeding foundation. A blood test conducted on these specimens verified the fact the Taiwan dog has indeed descended from the South Asian Hunting Dog and that these indigenous dogs of Taiwan is related to the Southern Japan dogs.

The Formosan Mountain dog is not recognized by AKC due to the rarity of purebred dogs. However, this breed is recognized by the Taiwan Kennel Club. The Taiwanese Dog may yet be the first internationally recognized indigenous breed of Taiwan. In 2004, Taiwan Dog enthusiasts have filed a new species certification to the FCI. This international canine organization requires a 10 year observation period to ensure consistent physical traits and genetic makeup of a certain breed even after several generations of breeding.