The Stabyhoun is a versatile Dutch breed. This dog is a rare breed that got its start in Friesland, which is a northeastern province in the Netherlands. This breed is a medium sized dog that enjoys various activities. This could be anything from taking it easy at home to working to playing in the park. The Stabyhoun comes in various colors such as orange with white patches, chocolate, or black. This breed is related to the Small Munsterlander The Stabyhoun is muscular and strong. Their coat is medium length and they have feathering on the tail and back of the hind legs. This gives it a bushy look in the back part of its body. Stabyhounds have been described as a good looking animal but they are also friendly with a lot of energy. This breed is affectionate and they get along well with children and pets. Despite their high energy level, they are also patient and calm. The Stabyhoun enjoys retrieving and hunting, walking, playing and many other activities.

The Stabyhoun is either black in color or orange with white markings or chocolate. This breed has a coat that is of a moderate length and it doesnt have a curl. The tail has feathering on it that gives it the appearance of a bushy tail. The ears have feathering on it at the base. The tip also has feathering but it is shorter.

The Stabyhoun is a breed that is sturdy and is shorter in height than in length Its skin has been described as fitting closely to the body. One of the distinguishing characteristics of the Stabyhoun is its sleek coat. The ear of the Stabyhoun is shaped like a masons towel. This breed has well developed feet that are quite large. This serves the Stabyhoun very well since it is involved in walking, swimming, and climbing for very long intervals of time.

The Stabyhoun is a devoted and gentle pet. It is very intelligent and obedient and makes a good guard dog. This breed will do very well with consistent training. The Stabyhoun has a desire to please its owner and they are friendly. This breed is known for its tolerance of children and other family pets. This dog has accurately been described as laid back

This dog makes an excellent house pet. The Stabyhoun is a perfect dog for life in the country of Holland because of the parks and waterways that are found there. This breed makes a very good watchdog and it is also strong enough to pull sleds in the winter months. The Stabyhoun is instinctively kind, obedient and patient. They really enjoy having a task They are also well suited as agility dogs. That is because of their flexibility, speed, and intelligence. The Stabyhoun are active outside but are calm inside if they receive enough exercise on a daily basis.

This breed was originally bred for hunting. Today, the Stabyhoun is primarily a family companion dog although they are still used as hunting dogs by some sportsmen. The population of the Stabyhoun is slowly but surely increasing.

The Stabyhoun does not require much grooming. The coat of this breed usually has a fresh natural smell. This breed usually keeps its body clean. The only thing that is really required of the owner is to brush the hair and keep the tangles out. This breed usually sheds about twice annually. Bathing is something that really shouldnt be done because that will affect the coats natural sleekness. After the dog takes a swim, it is usually clean enough. The coat will dry in a few hours after a swim.

The Stabyhoun requires a moderate amount of exercise. They are used in many different forms of training such as obedience, agility, endurance, and others. This breed should be walked on a daily basis. They will do better if they have a fenced in yard for them to play and exercise. This breed will do okay in cold climates if they are given enough shelter.

The name Stabyhoun originates from Friesland, which is a province in the northern part of the Netherlands. Descriptions of this breed were found way back in the 1800s. In the beginning, the Stabyhoun it was primarily used for birds and small game. Over time, it became clear that this breed was good at catching moles and during hunting season it was a good gun dog. In modern times, the Stabyhoun is still valued as a gun dog although not as much as German and British dogs. Poor farmers used to own this breed because usually they could only afford one dog and the Stabyhoun was a good all around versatile breed. Throughout its history, the Stabyhoun has proven to be an excellent tracker and watchdog. In modern times, the look of this breed has not changed much. Earlier in its history, it was many times confused with the Wetterhoun. In the year 1942, the Stabyhoun was recognized officially as a breed. Since that time, crossing breeding between the Stabyhoun and the Wetterhoun has ended.

Today the Stabyhoun has only a moderate following. However, fanciers of this breed are very devoted. This dog does not have much recognition outside of the Netherlands. The number of these dogs have increased at a steady but slow rate. 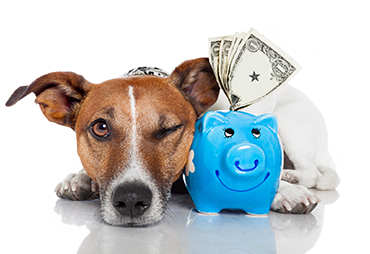 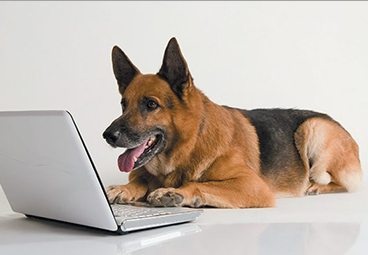