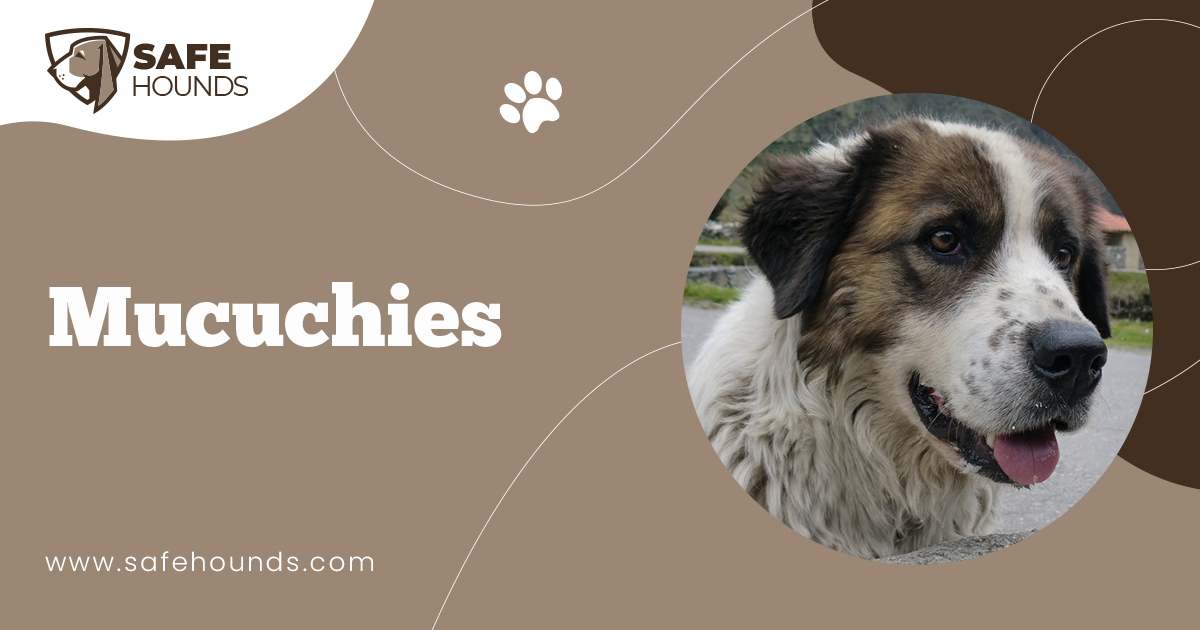 Did you know that a short coated dog that looks very much like a collie has prominently featured in the history of Venezuela? Simon Bolivar, the Venezuelan hero that liberated this tropical South American country from the rule of Spain was known to have this dog. Simon Bolivar was gifted with a dog by the people of Mucuchies, a small town in the state of Merida noted for its windy moors and snow capped mountains. The dog that was named Nevado has become the constant companion of the liberator. The dog is often seen running alongside the heros war horse and has encouraged his master in his battles. Legend has it that Nevado has saved Bolivars life many times. The dog was featured in several historical paintings and monuments. A sculpture in the Bolivar Square in the town of Mucuchies showed the liberator, the Indian Tinjaca and Nevado.

The Mucuchies or the Perro de los Peramos has been around for thousands of years. The breeds origin can be traced back to the 17th century. Mucuchies are herding dogs that are believed to have developed from the Great Pyrenees, from the Algerian mastiff and Spanish Mastiff. Mucuchies are not as massive as its European ancestors but its admirable working ability can never be doubted. This is a short coated breed but longer hair forms a feathering on the limbs. A Mucuchies commonly has a solid white coat. Other white coated specimens may have tan, honey or black and gray colored markings. These dogs are originally utilized to guard and to protect cattle from wolves, wild cats and other predators. A Mucuchies placidly circling herds of cattle is a common sight in the Andean highlands. Because of the breeds outstanding working abilities, it has spread from the Venezuelan Andes to Caracas and to other areas. Because the breed is noted for its even temperament, Mucuchies has gained regional popularity not only as a working breed but also as companion dogs. In 1964, the breed was designated as the national dog breed of Venezuela.

The Mucuchies has the typical look of a mountain dog. This dog may not be as large as its forebears but it does have a robust constitution that exudes great power. Despite the rugged and rustic appearance, this working dog has an air of grandeur. The dog is always alert. It has a well developed protective instinct. The slow but sure movement seems to signify the confidence of the dog. With its strong physique, the dog could be telling its master that everything is under control. A Perro de los Paramos measures from 22 to 28 inches at the withers and weighs 30 to 33 kg. This breed can have a solid white coat or a white coat with markings of varying shades of honey, grey or black. The heavy and thick hair can be straight or slightly wavy.

A Mucuchies has a long wedge shaped head. The rounded forehead has slightly wrinkled brows. Medium sized triangular shaped ears have rounded tips. Obliquely set round eyes with well pigmented eyelids are very expressive. A Mucuchies nose is always black. The jaws are well developed and the thin and tight lips are black pigmented. This breeds neck is short but very strong and muscular. The shoulders are obliquely placed, the broad back is straight. Deep chest has rather flat ribs. The long tail that extends to the level of the hocks is abundantly covered with hair. The tail hangs down when the dog is at rest and raised over the back when the dog is alert.

A Mucuchies has been the loyal and courageous companion of Simon Bolivar in battles aimed to liberate Venezuela. Nevado is indeed one fearless dog! Dont fret if you want to have one of these dogs for a home companion. This breed is noted for its affectionate, loving and gentle temperament. This temperament though is only for its people. A Mucuchies has a well developed protective instinct. The dog is not only a dependable guard of livestock. This overly confident breed is wary of strangers. Stopping an untrained Mucuchies from attacking intruders can be a problem. Obedience training and socialization is certainly very necessary for this breed. A Mucuchies bonds strongly with its family and noted to be especially gentle and tolerant to children. However, this intelligent dog can be a challenge to train as it has a stubborn streak. The dog would be impatient and bored with repetitive exercises.

Being short coated, the dog would require very minimal grooming. Weekly brushing will be sufficient to maintain the good condition of the coat. Frequent bathing will not be necessary as it will remove the natural oils and cause dry skin. A Mucuchies is a breed of working dog. This dog loves open spaces thus it will be ill suited for apartment living. An owner of this breed has to ensure that the dog is taken for daily long brisk walks.

Mucuchies, a small town founded in 1596 is the home of a breed of dog with a history that is closely linked to the history of Simon Bolivar, the hero and liberator of Venezuela. Legend has it that while Simon Bolivar was crossing the Venezuelan Andes during his Admirable Campaign, he passed through Mucuchies, a town about 45 km from Merida City. Bolivar and his men were welcomed in Moconoque Hacienda. A small puppy caught the new arrivals attention. The puppy refused to allow the group to enter the ranch until the master commanded the dog to stop its ferocious barking. The same brave dog was given to the liberator. The dog earned the name Nevado (Snowy) because of its jet black coloring and white tail that resembles the snowy crest of the Andean highlands and the moors. An Indian boy named Tinjaca was assigned to care for the dog. A friendship was formed between Bolivar, Tinjaca and Nevado. The three are commonly seen together in battles. There are many times when the dog saved the liberators life. Venezuela gained its independence from Spain in the Battle of Carabobo in July 24, 1821. It was also in this battle that dog and master were separated forever. Tinjaca was badly wounded but Nevado died. Tulio Febres Cordero, a Merida historian, recounted the anguish he saw in the liberators face when he saw the bloody body of the dead dog. As a tribute to the friendship and the heroism, a monument of Bolivar, Tinjaca and Nevado was erected in Mucuchies Plaza Bolivar.

Mucuchies dogs have been around the Andean Venezuela for thousands of years. These dogs are believed to have originated for the dogs brought by the Spanish forces in the 16th century. Spanish Mastiff, Algerian Mastiff, Pyrenean Mastiff, the Atlas Shepherd dogs were brought by the colonizers to tend to the livestock and to protect them from wild animals. These dog breeds crossed with each other. Crossing with Venezuelan local dogs would also be inevitable. This resulted to the development of a powerful and versatile breed the Mucuchies. The breed has spread all over Venezuela. The Mucuchies is a highly regarded breed because of its role in regaining the countrys independence. However, in the early 25th century, the purity of the breed was compromised because of poor breeding practices.

A breed club was formed in 1961 with the purpose of improving type and uniformity of the Mucuchies. In 1964, the breed was designated as Venezuelas national dog. President of the Republic Hugo Chavez entrusted the preservation of the countrys national breed to the Ministry of Popular Power for Tourism headed by Minister Titiana Asuaje. To rescue this breed from extinction the Foundation Aprovo Nevado (FUNEV) was created. Six dogs were transferred to the Avila National Park where the environmental condition is similar to that of the Andean highlands. This type of environment is hoped to be more ideal for the reproduction of the breed. 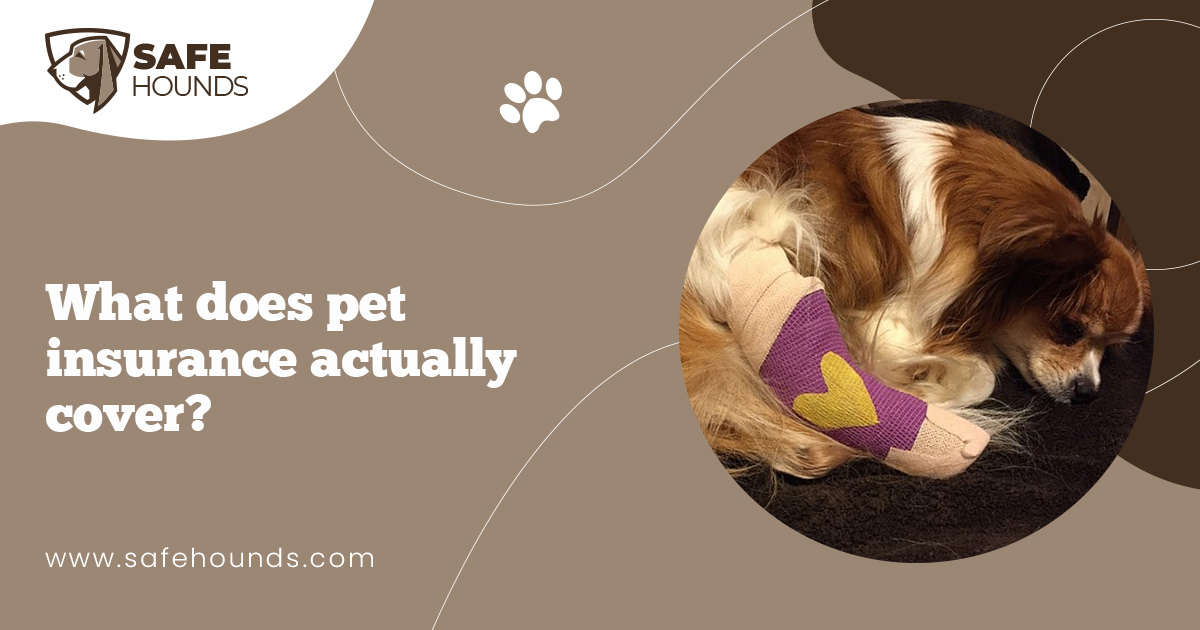