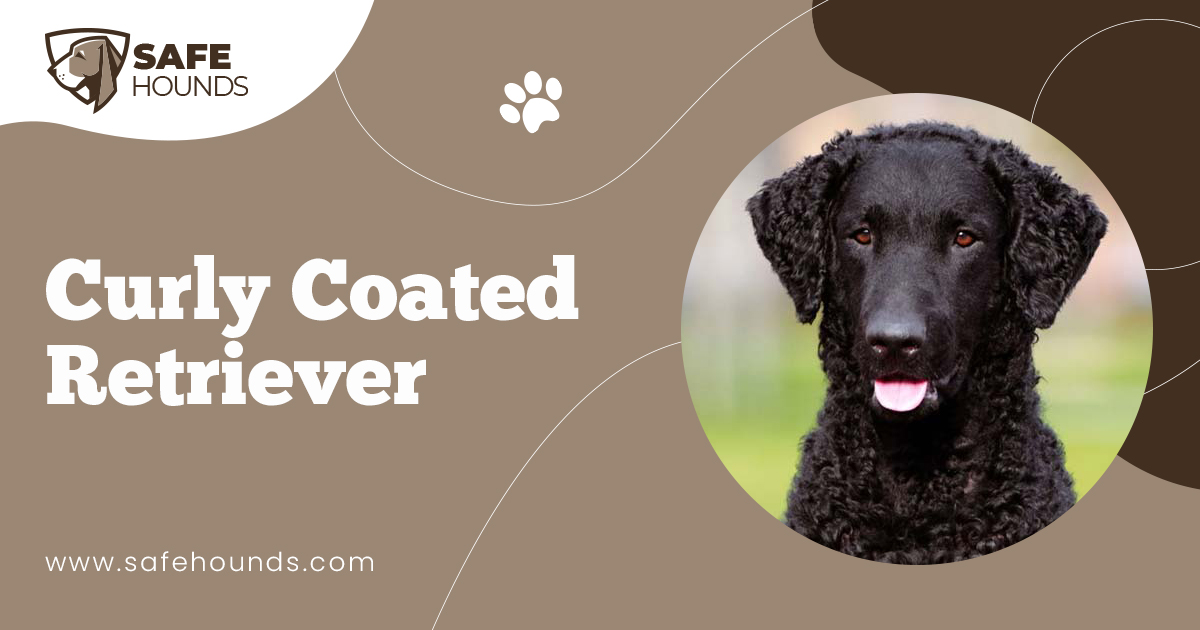 The Curly Coated retriever is a very smart dog. When you see them, you think they have natural curly hair. They have tight curls and it never needs trimming. These dogs have an excellent memory so they are easily trained. The Curly Coated Retriever also loves the water and is excellent swimmers. When they catch their kill, they carry it ever so gently in their mouth so they do not crush it. The different areas of land they can cover are immense. It can be straight and no brush or woods, or it can be dense and rugged. The type of land does not matter to this dog at all, he is at home with all landscapes.

This is the largest of the retrievers. There are two different types of coats for the curly haired retriever, which are the curly and the wavy.

These Curly Coated retrievers are not as popular as the golden or the Labradors, but they have a huge following all their own. They adorable dogs are charming and faithful to their families and then they are very watchful of strangers so they make a good watchdog as well. People have just started to use these retrievers as therapy dogs. Their memory is so good they have been taught to help the disabled as well. They are a fast learner so you can teach them to pick up the phone or shoes and so on and so forth, so they can help in many ways. There ability to learn quickly has helped in getting therapy dogs out to more homes than any other breed.

The curly coated retriever stands about 23 to 27 inches high and weighs around 60 to 100 pounds. Not the best lap dog, but he will try to be. The color of their coat is usually black or liver colored and if there is any white hairs it is considered a flaw on this breed. Their eyes are usually black or brown with yellow considered to be a flaw as well. The nose should also be full black or brown and no in between colors or spots on it.

Their fur being tight and curled also protects them from thickets and water, especially cold water. These dogs as you can imagine love water. They will play in it when they are out for fun and if they are hunting, they will get their prey and come right out waiting for the next one to land. No time for play when they know they are working.

The hair around the face and head does not curl tight like the body. Watch your breed for patterning. This is where the curls are loose which is usually around the neck and back but sometimes on the legs. If this happens, contact your breeder because this is a fault.

The head of a Curly Coated retriever is longer than it is wide and the foreface and the skull are the same size. The muzzle is well tapered and comes out to a wide-nostril dark nose. The teeth on your dog should be the normal scissor bite with no over or under bite. The ears are a bit smaller than normal retrievers but should lay flat against the head and down to the cheek. The tail should go down to the hocks and carried straight with no curl to it at all.

Your retriever is a loving and friendly dog that can be a great watchdog as well. They will be there to protect your family if the need arises. They are very playful and when trained can get bored quickly so you have to be stern with them. They do not like repetitive training.

The breed is a fast learner when it wants to and if it learns something, they will put it to use fast. Such as learning to open a gate, they will do it any time the need arises. You must watch the bad habits because once learned it is very hard to reverse in this breed.

There is not much to the grooming of a Curly Coated retriever. You do not want to comb his curls because they will break down then. You should only comb to get out burrs and such. Bathing is not needed as much either. Since they like water, you may only need to bath if they smell.

Keep their toenails trimmed and the pads should be checked for cuts and scratches. If there are any, rub them with Vaseline to keep soft and subtle.

Shedding is not like other breeds with undercoats but they do shed a little. Keeping them combed to remove dead hair is a good idea.

The curly coated retriever is said to be one of the oldest of the retriever breeds since it has been used for retrieving since the late 18th century in England. They think the crossing of the Close-Curled English Water Dog, the Old Water Spaniel, and the St Johns Newfoundland Dog resulted in the Curly Coated retriever. While others think, it was a cross between the poodle, water spaniel, and the Labrador. He is an excellent hunting dog, which are all those breeds are except the poodle. His gentle temperament also makes him a great family member.

The first dog was brought to the United States in 1907. The popularity of the curly coated retriever died down around the 1900 and some say it was because some uncharacteristic ones gave the breed the bad name of hard mouthed. This made the newer hunters chose a different breed of retriever.

After the first and second world wars, the curly coated retriever became almost extinct because of no food. Due to a few select breeders, they kept the breed going and shortly after the wars became popular once again.

Today, they say the number of Curly Coated retrievers worldwide is only less then 5,000 and only 2,000 in the United States. The American kennel Club shows only 199 Curlies and only 25 litters were registered in 1999 compared to the year 1998 where 150 dogs and 31 litters were registered so you can see the breed has fallen dramatically. The breeders are trying to bring the popularity back, but so many other breeders are trying to get a flashier breed of the retriever so this makes it harder for them to bring the curly coated breed back to the forefront. They say if you owned one of them, you would not want another type of retriever because they are the best when it comes to hunting and retrieving. Then all the owners of other retrievers say they same about their favorite breed anyway. So it is hard to say if they will make a comeback or not.