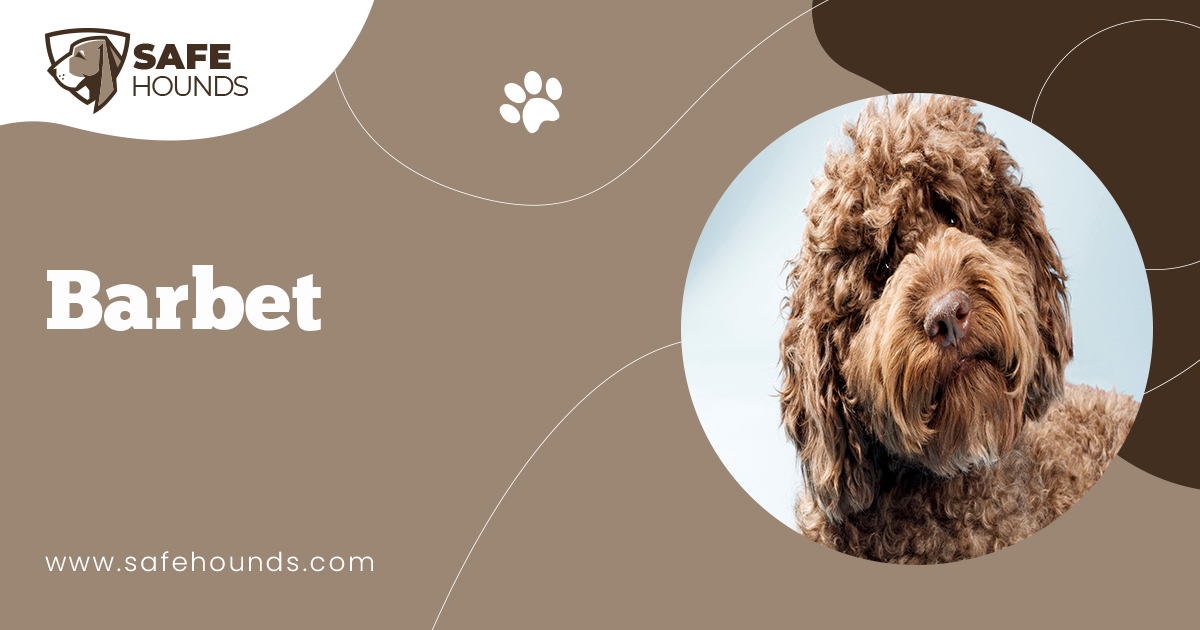 A breed of dog that works hard and plays hard thats a Barbet! This breed that originates from France also goes by the name of French water dog and mud dog. This medium to large dog is characterized by a thick wooly shaggy coat that covers the entire body. The long bushy hair completely covers the eyes as well as the bridge of the nose thus creating a pronounced moustache. This is why the dog got the name barbet, barbe being the French word for beard. In spite of the long shaggy hair, Barbets do not shed a lot. These dogs may shed some tufts of hair if not groomed regularly. However, the coat is hypoallergenic.

Aside from the aesthetic appeal Barbets are most favored by wild fowl hunters. Because the thick coat is used as protection against cold and damp these dogs are used in hunting wild fowl. Barbets are not afraid of very cold weather. The dog would not hesitate to enter the water even in cold weather to search for and flush out wild game hiding in swampy areas. And once the game is shot, it will surely be retrieved by the dog.

Barbets are known for their agility in fact this breed has bagged the 4th place in dog agility in France. These dogs make good family pets as they become so attached to their masters. Barbets are very loyal companions. It would not be surprising to see a barbet tailing its master wherever he goes. A barbet is an intelligent dog that would need to be given constant attention as boredom and destructive behavior is most common in intelligent dogs that are left alone for too long. Moreover, these dogs would need to be disciplined and trained as they would assert their demanding behavior if a strong leadership is not shown.

Barbets have a long and remarkable history. These dogs are known to be the ancestors of many present day dogs. The American Water Spaniel, the poodle and the Briard are only some of dog breeds that can trace their lineage from the barbets.

A barbet is medium sized dog that weighs from 33 to 55 lbs and has a height of 18 to 22 inches. These dogs are typified by a body that is covered with thick wooly and curly coat that can be grey, black, brown or fawn colored. The broad and well rounded skull is completely covered with hair that covers the eyes and extends to the broad bridge of the nose forming a beard. The dog has a pronounced stop. The muzzle that is shorter than the skull is almost square shaped. The thick brown or black pigmented lips that are completely covered with hair enclose very strong jaws. The dog has a scissors bite and well developed strong teeth. The round black or brown eyes have a beautifully rimmed eyelid that gives the dog an expressive soulful look. These dogs have pretty long ears that are covered by hanging strands of hair.

Barbets have well rounded bodies, short but strong arched loins and wide well developed chest. When the dog is moving the tail is raised horizontally forming a hook at the tip. The feet, the same as the rest of the body are covered with hair. These dogs are distinguished from other breeds for its webbed feet. The webbed feet aid the dog in swimming as these dogs are noted to be tireless swimmers.

Because of its gentle and playful nature, barbets are considered to be ideal family pets. These dogs are very loyal to its human family and known to be very friendly with children and with other people. Do not expect a Barbet to show aggressive action against strangers as the least it could give is a bark to warn you about approaching strangers. Barbets are even tempered dogs that can get along well with other pets of the family.

These are intelligent dogs and training them would be easy as they would be very eager to please the master. In any case these dogs need to be trained and disciplined as although they are even tempered, they can be very overwhelming and assert their demands if they sense that the master is not firm and do not show strong leadership.

Being water lovers, the most suitable living condition for a Barbet is one where they can swim and run freely. However, if this is not an option, the dog has to be given regular exercise. Long daily walks would fill the dogs need for exercise.

Barbets do not shed a lot however, the thick shaggy, wooly hair would need regular care. As mentioned before, Barbets are also known as Mud dogs. This means that it is most common for the dogs coat to be matted with mud and other debris. Fortunately, these dogs love water and hosing the mud down would be easy as the dog would be docile. By brushing the hair weekly, it will be kept clean and snags and whorls will be removed.

Because Barbets are non-moulting, hair must be trimmed before the hot summer months sets in. Excess hair on the ears and on the pad of the dog must be removed. Shave the dog occasionally to promote even and thick hair growth. It is advisable to completely shave puppies 4 to 6 months old to guarantee proper hair growth.

No one has really proven the genetic source of the Barbet as its history dates back during the ancient times. However, references about the waterdog are included in the French history. It was believed that the breed was developed from the leashed herding dogs that came from North Africa and entered Europe with the Moors and the returning armies during the 7th and 8th centuries. These loyal and water loving dogs spread all over Europe and used by its owners as hunting dogs and family pets. These dogs were also used to guard stocks.

In France the dog was given the name Barbet and Carniche. But several other names were given depending on the location and on what the dog is used for. In England, the dog goes by the name of Great Water dog, in Germany, the dog is called Pudelhound (from where the name poodle is derived). Other names were given as Sheep Dog, Duck Dog, Water Spaniel and Poodle all refer to the Barbet. Facts about the development of the Barbets were passed from generation to generation. As there are few written documents, the history of this much admired dog was nearly lost in obscurity.

The first reference about this breed was made in the 14th century when a gascon count has referred to the breed in a book he has written in 1387. In the sixteenth century breeding the dog gained public appeal as during the time of King Henry IV developing hyper specialized dog breeds is the fad. Because of the Barbets intelligence, natural fondness for water as well as its skill to point, they were bred to develop a dog that will be most suited as a waterfowl gun dog.

The breed was once a status symbol for the elite. In 1587, Corisande was heavily criticized by Monsieur de Bellieure for bringing her per Barbet to the church. Madame Adelaide, the aunt of King Louis XVI referred to a Barbet as her friend in a letter. After the French revolution, the dog became available to commoners and this is when the natural ability of the breed blossomed. Aside from being a companion and a family pet, the Barbet is now utilized to herd stock as well as for ship work. This is when the breed was compromised. Because of careless breeding practices, the barbets popularity was obscured by other breeds that have a sleeker appearance. The Poodle, the Griffon, the Bichon, the Newfoundland and many other breeds that originated from the Barbet have now replaced the dog that was once used as hunter, guard, friend and companion. The French Water Dog is on its road to extinction.

Fortunately, during the early 1970s Barbet lovers have made an effort to revive the peoples zest to breeding this exceptional dog. Through the concerted efforts of Mmm Bisconte and Mmm Petre, ably helped by a Parisian named Mr. Herman, existing Barbets were found. The dogs were bred and once again the Barbets, the most ancient breed of dog will once again prominence. 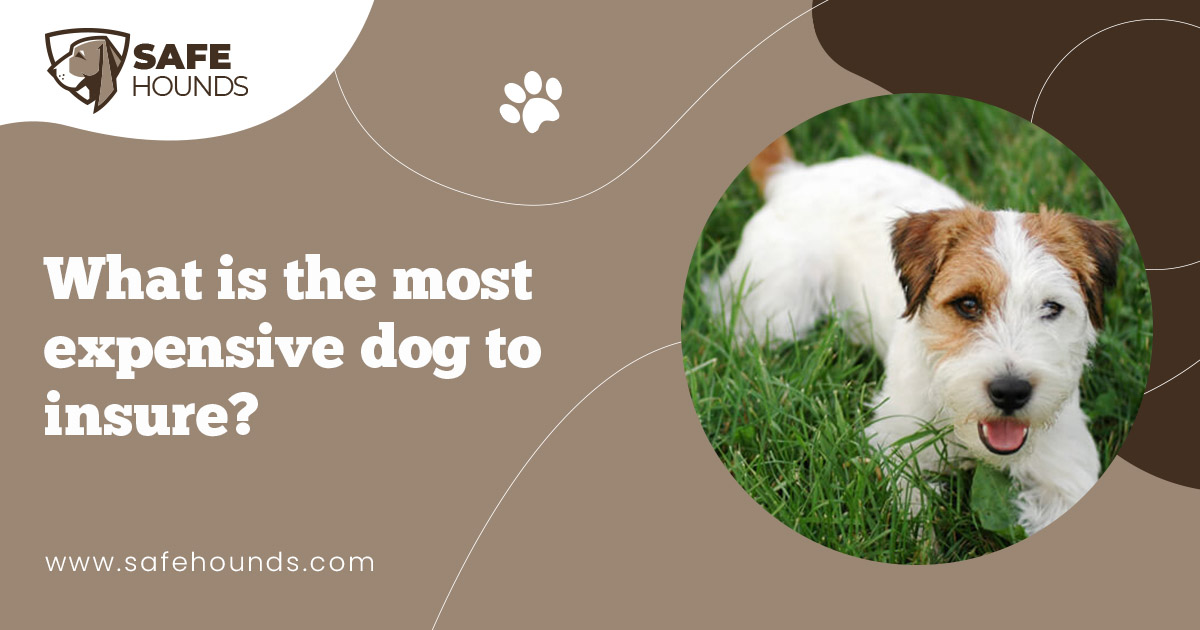