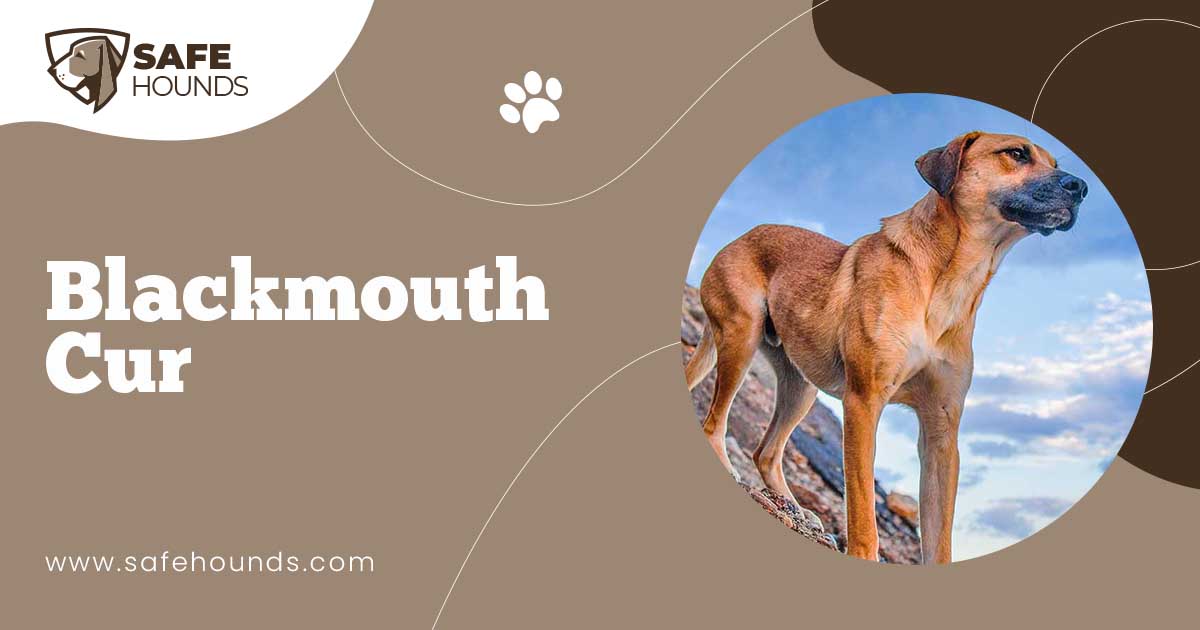 The Blackmouth Cur is a dog breed that originated from the United States. The name blackmouth actually refers to the dark pigmentation in the dogs lips that extends to the roof of the mouth, to the gums and to the inner cheeks. Except for the tongue, the interior of the mouth is darkly pigmented. The Blackmouth Cur is not really an ancient breed but the exact origin of this dog is unknown. What is certain about this breed is the fact that all the different lines that have evolved are highly acclaimed for being excellent working dogs. The Blackmouth Cur is a multipurpose working dog! These dogs excel in treeing, hunting, herding and in protection work. These dogs are also utilized in search and rescue operations. These dogs that answers to several names and were developed from different areas in United States are also valued for their loyalty and love for its people.

Unlike other popular breeds, the Blackmouth Cur is not recognized by major kennel clubs but the hunting prowess of this breed is unsurpassed by other breeds of hunting dogs. This dog is noted for its excellent skill in treeing, climbing and jumping. When it comes to bagging its prey, the dog does not know the meaning of the word give up. A Blackmouth Cur will hunt with its mouth and will terrorize the treed prey with its sonorous bark. These dogs have a lot of love to give. The dog is completely loyal, loving and affectionate to its people. A Blackmouth Cur in the family will be the most affectionate and protective pet that will not hesitate to lay its life on the line if it is necessary to protect its people. These dogs are noted for their high level of intelligence. Obedience training will be a breeze if started as soon as the puppy is taken home. Training though would be more effective if done with a gentle hand. This dog is sensitive to yelling and rough treatment. A Blackmouth Cur is a fairly healthy and hardy breed. This dog has a life expectancy of 12 to 16 years.

The Blackmouth name was given to the working dogs developed in United States because of a mouth that appears to be black. Because the mouth is devoid of fur the dark pigmentation of the lips are more visible. The inner side of the mouth of this dog is darkly pigmented as well. The Blackmouth Cur is a medium sized breed with a square shaped body. This dog has a large head that is proportionate to the size of the body. The broad flat skull tapers towards the moderately broad muzzle. The strong muzzle can be black or tan. It can also take after the color of the coat. This dog has a tight darkly pigmented lips, strong jaws and complete set of evenly spaced teeth that meet in a scissor bite. The slightly protruding broad nose has well opened nostrils. Black pigmented nose are preferred though a red or a brown nose are also common. Medium to large sized eyes are set wide apart. Eye color can be yellow, green or brown. Tight eye rims are darkly pigmented. Short to medium length ears are set on high and hangs down.

The medium length neck is slightly arched and well muscled. The strong neck blends smoothly onto the well laid back shoulders. A Blackmouth Cur has a strong broad and level back, a slightly arched loin that is moderately tucked up. Ribs are well sprung. Forelegs are strong, straight and well muscled. Hind legs are muscular. These dogs may be born with a short or a long tail. The tail that is set on low can be smoothly coated or slightly feathered. These dogs have a close lying, dense short hair. The coat can be coarse, rough or fine. Coat colors can be all shades of red, fawn and yellow. Some specimens may be brindled. A Blackmouth Cur may or may not have a black mask.

A Blackmouth Cur is one of the best choices for a hunting dog. This breed is a serious hunter. Once it has caught the prey with its black mouth the dog will instantly go for the kill. This fearless and aggressive hunter however, manifests a different personality when in the company of its favorite people. The dog is affectionate with its family and especially gentle and playful with the children. This dog would tolerate other dogs in the household as it is accustomed to hunting with other dogs but a Blackmouth Cur should never be trusted with smaller pets. Even if the dog is socialized it would always give in to the desire to chase smaller animals. A Blackmouth Cur is not one for apartment living. This is a working dog with high exercise requirements. A dog that is not provided with the needed exercise will be a very destructive dog. A home with a well fenced large yard would be the most suitable living arrangement for this breed.

The Blackmouth Cur is an easy breed to maintain. These clean dogs would not even soil its living quarters. Occasional brushing would be enough to maintain the good condition of the coat when the dog is not shedding. A Blackmouth Curs coat is shed heavily once or twice a year. During shedding season the dog would require more frequent grooming. Dead hair must be removed regularly to accelerate the shedding process and also to lessen the amount of dog shedding inside the house. Frequent bathing must be avoided as it can dry out the skin. The ears must be regularly cleaned. Nails of homebound dogs must be regularly clipped.

Kurre, Cu, Cur, Curre these are only some of the different names that refer to a type of working dog. The working dog that is utilized as a cow dog, a farmers dog, a shepherds hound, a herdsmans dog is commonly referred to as a cur. A Cur is the nonspecific name given to an all purpose dog that is used to guard, to herd, to hunt and to perform other odd jobs. The cur, ever since it was developed has been and ideal addition to the family.

Curs are believed to be the foundation stock of the European, American and Australian herding dogs. These dogs are highly valued for controlling the herds as well as protecting the livestock against predators. These dogs that have provided meat for the dining table have been the loyal and the devoted companion of the family as well.