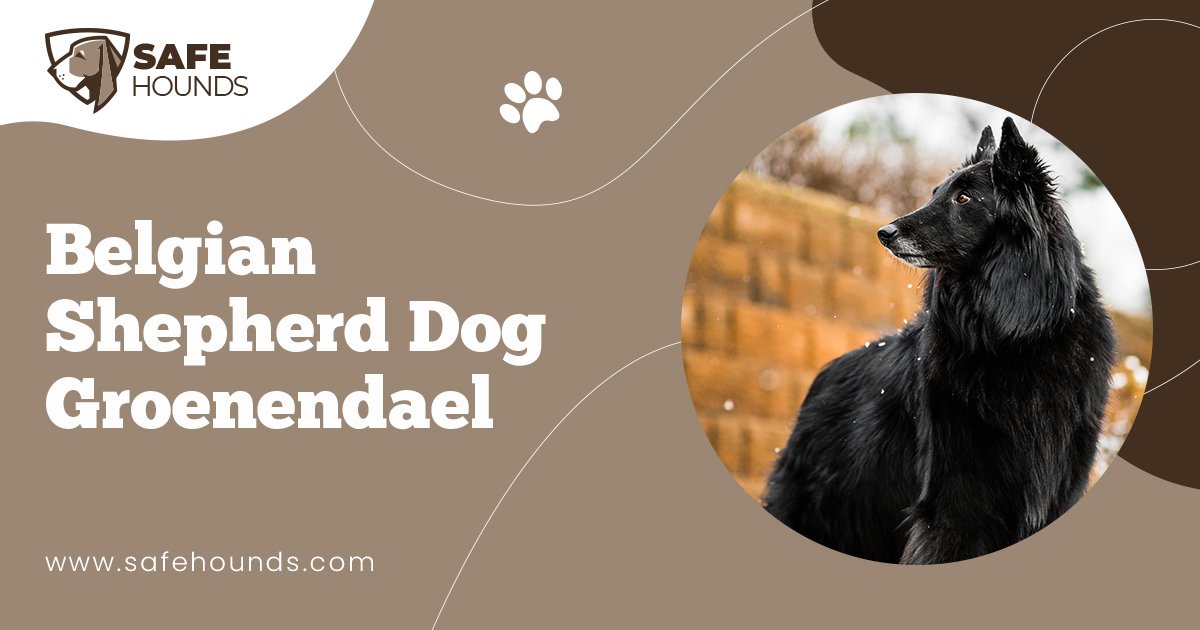 The Belgium Sheepdog is a common breed. It has four different classifications, but the most popular breed of Belgium Sheepdog is also known by the names, Groenendael and Chien de Berger Belge. He is an elegant muscular usually black dog with lots of intelligence. Belgium Sheepdogs are smart and obedient and do as they are told. If they are trained right, they are a very advanced breed and are very much like humans.

The Belgium Sheepdog is strong and protective. If he is not introduced to other dogs, children, and humans at a young age and socialized a lot, he may become shy or sensitive. This breed should be socialized from the time they are young so that they can learn to trust humans and not be territorial. Training should not be harsh, or they may become uncooperative and a hassle. They may distinctively display herding behavior such as running around in circles and chasing peoples feet. This breed is often considered impressive and knowledgeable.

This breed is very protective and acts on instinct. They are used mainly with police officers for protection, as guard dogs, and as detection for narcotics. The Belgium Sheepdog is very playful and likes to run a lot. They should have lots of exercise, free time to play, and should never be kenneled or locked up. If they are kenneled or locked away, they may become mischievously sly, often at the owners expense. They are watchful, alert, and loyal and are very good companions as well as working dogs.

The Belgium Sheepdog is muscular and usually black in color. He is not heavy, but very muscular and usually considered to look like a square. His length and width are very comparable and proportioned. The Belgium sheepdog, depending on sex, ranges from 22 inches to 26 inches in height and weighs between 60 and 75 pounds. This breed has pointed and erect ears at all times, showing his alertness. The muzzle is long and tapering with a scissor-like bite underneath tightly drawn lips.

The coat of a Belgium sheepdog is very thick, long, and has a ruff at the neck, resembling a collar. His undercoat is dense, but is soft and smooth. He has a longhaired, feather like tail. The Belgium Sheepdog has deep brown eyes that are almond shaped and a black nose. He has a deep chest and muscular hindquarters, but they should not to be confused as being thick.

Belgium Sheepdogs are considered to have cat-feet and lean legs that are parallel to one another. They look athletic, strong, and are proportionate in appearance. His coat is double coated, long and the texture should be hard and dense, never woolly, silky, frizzy, fine, or wiry. Their undercoat should be thick and profuse and if it is not, this is penalized in shows.

The Belgium Sheepdog is active, playful, intelligent, and dominant. They need to be trained when they are young so that they do not become rebellious or inconsistent. This kind of breed does well with children, other dogs, and cats if they are introduced to them early on in life. If they do not know someone or they have not been around small animals, they may need to be watched.

The Belgium Sheepdog is affectionate and needs lots of attention. This type of breed is not for the faint of heart! They need to exercise and play every single day and do not like to be in small quarters such as cage or even a small apartment. They are very protective and can be wary of strangers, however, they are loyal pets and love their families.

The Belgian Shepherd Dog Groenendael needs to have his back nails removed (de-clawed) and the front ones can be removed, if needed. They need to be brushed constantly as to keep their shedding to a minimum. These dogs should not be bathed frequently, as it can ruin their coat.

They are generally a healthy breed and do not need any special care. They have a life expectancy between 12 and 15 years. The Belgium Sheepdog does shed twice a year heavily, and during those times need to be brushed everyday. They are equally good inside or outside and are easily maintained. This breed is great for children and gets along well with others if properly trained and socialized.

The Belgian Shepherd (as some people call them), known as the Groenendael worldwide is one of the four known Belgian sheepdogs. Their name derives from a small village in Belgium. The four kinds of sheepdogs: the Malinois, Groenendael, Tervuren, and Laekenois, are all widely accepted as their own breed except for in The United States. The American Kennel Club recognized the Groenendael, Malinois, and Tervuren as separate breeds in 1959, but has not recognized the Laekenois.

These dogs were developed for the use of working, something they still hold true today. Nicholas Rose, a breeder from Groenendael, was the first to develop the Belgian Shepherd Dog Groenendael and kenneled a pair of them. Their names were Petite and Picard dUccle. The Belgian Shepherd Dog Groenendael has been used for detecting narcotics, herding cattle, as police dogs (even in both world wars), search and rescue and, of course, as a family companion. In World War I, the Belgian sheepdog was used for pulling machine guns, carrying messages, and as ambulance dogs.

These dogs have always been watchdogs and were used in the aid of security in Belgium. Today the Belgian Groenendael and Tervuren are most often used as companion dogs while the Laekenois and Malinois are used as guard dogs. By 1959, the Belgian sheepdog was accepted into the American Kennel Club and has been recognized as their own breed of Belgian Shepherd Dog Groenendael. They continue to be loyal and hardworking and will always be considered mans best friend.