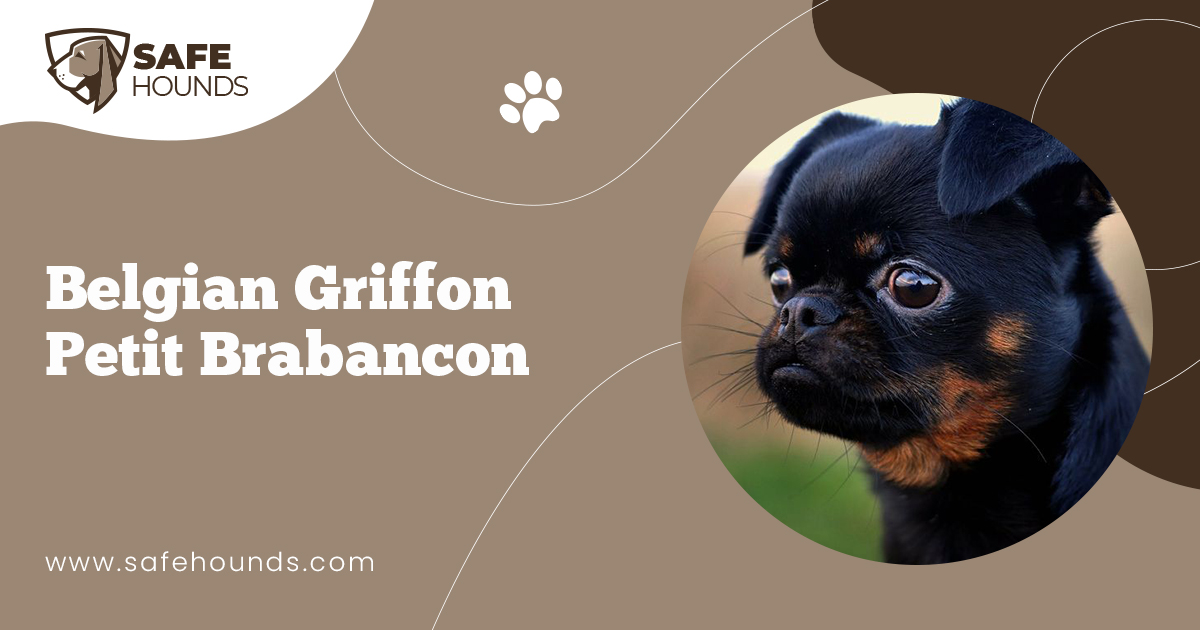 A toy dog wearing a fancy doggie dress would not fail to get second glances more so if the dog is playing up to the audience. However, a dog that looks like a living Ewok would surely attract more attention. It was rumored that George Lucas has this monkey faced toy dog as inspiration when he created the fictional Ewok character in the movie Star Wars.

The three types of Brussels Griffon – the Griffon Bruxellois, the Griffon Belge and the Griffon Petit Brabancon has a human-like appearance. The Griffon Petit Brabancon like the other two types was developed in Brussels, a city of Belgium during the 1800s. However, unlike the other two Brussels Griffon, the Petit Brabancon is smooth coated. This breed has a terrier like disposition as it was originally developed to be a ratter. Ancestors of this breed are known to excellently rid the stables of rodent. Present day Griffon Petit Brabancon has another role to perform. This breed has become an endearing home companion. This dog is a most suitable choice for people with a rather sedentary lifestyle. This is an active and lively breed but it can easily adapt to being an indolent and pampered pet. This dog is the equivalent of the touch type of person. The dog would forever want to snuggle, to be petted and to generally be where its favorite person is. This sweet dog though has a willful streak. It is intelligent but can be quite daunting to train. A Petit Brabancon puppy that is allowed to manifest its bullheadedness will be hard to control when it matures. It is imperative to enroll the puppy to an obedience class early on to avoid this problem.

Brussels Griffon is an outstanding breed. It had gained quite a following in recent years. This has made procuring a puppy more difficult. Aside From costing top dollar, Petit Brabancons puppies are hard to come by. Breeding is quite difficult for this toy dog. Because of the size a caesarian section is often necessary to deliver 1 to 3 puppies. Moreover, the survival rate of puppies is quite low because of congenital defects. A puppy with a cleft palate is a frequent occurrence.

A Belgian Griffon Petit Brabancon does not have major health concerns and is expected to have a life span of 10 to 12 years.

A dog that has a monkey face one that looks like a Ewok these descriptions aptly portrays a Griffon Petit Brabancon. This toy dog really does have a uniquely shaped head with a human like expression. The head is considered to be the most distinct feature of this breed. The head of a Petit Brabancon is large and well rounded but it is proportionate to the square shaped body. Rather than oval the skull appears to have a round shape because this breed has a very short muzzle. The broad black nose is set almost between the wide set black rimmed dark eyes. The dog has tight lips and undershot jaws. These features give the dog a human-like appearance.

The Petit has a glossy smooth coat that grows close to the body. The same type of coat covers the dogs head and the entire body. This allows the graceful arch of the neck, the broad deep chest and the slender waist of the dog to be seen. Coat colors range from red to reddish brown, black, black and tan with tan markings. The Petit Brabancon may have a dark mask.

The Belgian Griffon Petit Brabacon is definitely a people dog with a huge heart and a big personality. This breed is known to strongly bond with the family but would commonly choose one person to lavish with its love and loyalty. The dog would demand to be made a part of the family to be included in all the activities and never to be relegated to the backyard. If given the chance the dog would even want to share the bed of the master.

This sweet little dog would do well with other dogs and smaller pets if they are well socialized. The Griffon Petit Brabancon is a friendly dog but it does have a big dog personality. This fearless dog has an overabundance of self confidence and has an inflated belief of its capabilities. Often the aggressor, a Petit Brabacon would not back down from confrontation even with much bigger dogs. The Petit Brabancon is often injured because of this reckless attitude.

This breed has a lively temperament. It is active and playful. However this breed is not a suitable playmate of very small children. This dog is sensitive to sudden movements and sounds. And since kids have the tendency to exhibit these behavior unfortunate situations where the kid will be nipped by a startled dog could happen. A Griffon Petit Brabancon would do well to live in an apartment as aside from the small size, this dog is fairly active indoors. Daily walks in the morning or in the early evening would benefit the dog. This breed is prone to heat stroke and being a bracycephalic breed too strenuous exercises may lead to breathing problems.

Unlike the wiry coated Griffon Bruxellois and the Griffon Belge, the Petit Brabancon has a smooth, short glossy coat that lies flat to the dogs body. This kind of coat would not require extensive grooming. The Petit is not a heavy shedder. Regular brushing would be sufficient to remove dead hair and to maintain the good condition of the coat. Rubbing the coat with a chamois cloth would maintain its impressive gleam. This breed though has slightly protruding eyes that is prone to lacerations. Regular eye checkup is necessary to avoid eye infections. Folds on the dogs face must be regularly cleaned otherwise owners would live with a smelly dog.

The Petit Brabancon is one of the 3 types of Brussels Griffon that calls Belgium home. This breed of toy dog has the Appenpinscher and a Belgian street dog called Smousje as its forebears. During the 1800s, Smousje, a terrier like dog with wiry coat is kept by coachmen in stables to eliminate rodents. This dog is an excellent ratter though it is also known for its cocky and comic personality. These little dogs became the loyal companions of coachmen and are often seen riding in Hansom cabs not to be a guard but to attract riders with its adorable and cuddly appearance. In the late 1800s, the Smousje which was commonly called Griffon d Ecurie (wiry coated stable dog) was crossed with foreign dogs. Because of the unique brachycephalic head, the human like expression as well as the smooth coat of the Petit Brabancon, it is certain that the Pug is one of the breeds progenitors. During that time the Pug was extremely popular in Holland, Belgiums neighboring country. The Appenpinscher accounts for the red coat color of the Petit. The King Charles Spaniel crosses accounts for the smooth short black coat of this breed. Although this was once considered to be a fault and smooth coated dogs were initially destroyed. Griffon after all means wiry coated.

Other toy dogs were bred by royalty. Breeding of the Griffon Petit Brabancon however was stated by commoners. This breed became popular and caught the attention of royalty. Queen Marie Henriette, the Archduchess of Austria became so fond of this breed in the later part of 19th century. The queen and her daughter, both dog enthusiasts frequented dog shows in Belgium and consequently introduced this breed internationally by breeding the dog herself. The breed became extremely popular and was imported to other countries. A breed club was formed in England in 1897 and in USA in 1945.

War time is a hard time for any dog breed. The strife caused by the two World Wars proved to be disastrous on the existence of this breed. The Griffon Petit Brabancon as well as the other two types of Brussels Griffon teetered on extinction. After the Second World War it was thought that no Brussel Griffon survived in Belgium. The dogs were not able to adapt to the war ravaged environment. Thanks to the efforts of breeders in other countries reconstruction of the breed was started. Breeders in England and in United States have continued with the selective breeding. Although there were few set backs the breed was eventually revitalized. During the 1950s, a fad for toy dogs has awakened the interest for this breed. The three types of Brussels Griffon however, gained enormous popularity when the dog was featured in the movie As Good As It Gets. The movie has stated a new interest for toy dogs.

Belgian Griffon Petit Brabancon is a small dog with a big personality. This dog can be quite a handful as aside from being active they would demand attention from their human family. Owners though would attest that this little dog has a lot of love to give and it would never matter if instead of owning the dog a Petit Brabancon would own the master.