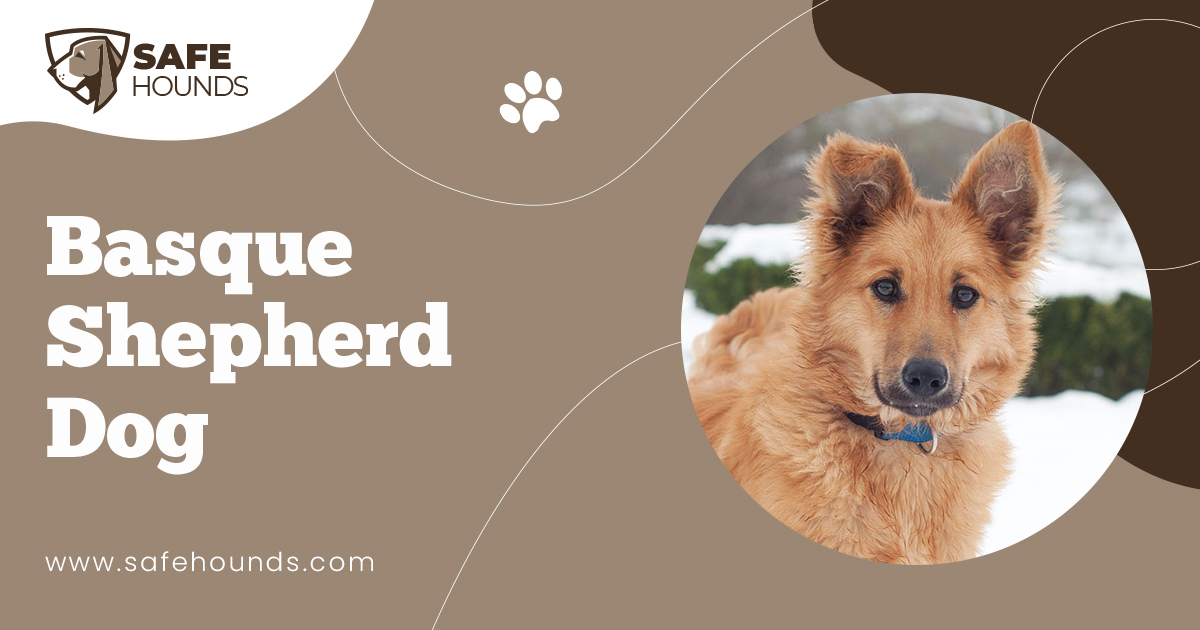 The Basque Shepherd Dogs are often seen in artzaintxkurren trebatasan lehiaketak – the lively shepherd dog competition that is one of the rural sports that showcase the traditional lifestyle of the Basque people. In these shepherd dog trials, the Basque Shepherd Dogs and other herding dog breeds will compete in herding a flock of ewes. The Basque people are ethnic groups that inhabited the western regions of the Pyrenees, the Bay of Biscay coast and the north eastern part of Spain. These areas are popularly known as Basque country. This is the region where the Basque Shepherd Dog originated. Although nothing was scientifically proven about the origin of this herding breed, it was speculated that it has originated from the Central European shepherd dogs.

The Basque Shepherd Dog commonly referred to as Euskal Artzain Txakurra in the Basque country is a well proportioned rectangular shaped dog. The dog is covered with a medium length hair that is either straight or slightly wavy. Merle, black, red and mahogany are the most common colors. Throughout the history of this breed, it has been utilized in driving and herding livestock. These hunting dogs are also used to guard the cattle and the sheep against wolves and other predators. This breed has an admirable work ethics. A Basque Shepherd Dog would work tirelessly even in the most adverse climatic conditions and even under the harshest terrain. These dogs were developed to be herders but in recent years more and more Basque Shepherd Dogs have evolved into loyal and affectionate home companions. The dog has a lively and playful temperament. The Basque Shepherd Dog is basically a working dog but it has a lively and playful temperament. The antics of this dog would surely amuse the whole family. Whats more when you have this breed in your home not only would you have an affectionate companion, an amusing clownish pet but also a dependable watchdog. The friendliness of this breed is solely for the family. The dog is wary of strangers. It may not have the intimidating appearance of a Pit Bull but this dog will not fail to sound the alarm and warn the family to the presence of intruders. The Basque Shepherd Dog is generally a healthy and hearty breed with a life expectancy of 10 to 15 years. This breed though is relatively unknown outside Spain. Apart from the high price of the dog, a potential owner would have to be prepared to be placed on a long waiting list.

The Basque Shepherd Dog is a rare breed of herding dog that is quite difficult to find outside Spain, it country of origin. Not many people know how this outstanding working dog looks. This breed that has existed with the Basque people for centuries has a strong well proportioned rectangular body. The dog measures approximately 47 to 63 cm. at the withers and weighs from 17 to 30 kg. This medium sized dog exudes immense stamina and power. A Basque Shepherd Dog is covered with medium length hair that can be straight or slightly wavy. Hair is shorter on the head leaving the eyes free of fringes. The trunk is well covered with longer hair. A Basque Shepherd Dog with a gold or copper colored coat running amidst flocks of white sheep would be an impressive sight. The most common coat color of this breed though is merle, black, red and mahogany.

The Basque Shepherd Dog is one excellent breed of herding dog. This breed is also noted for its well balanced personality. This is a working breed but many dogs are kept solely as pets because the Basque Shepherd Dog is one of the dog breeds that form a strong attachment with its family. This is an affectionate and loyal breed, one that is noted to be gentle and patient with the children. If you have this dog for a pet expect to have a home companion that will be the lively and energetic playmate of the children and the loyal companion of the master. The dog has a sociable nature. It tolerates other dogs and smaller pets. This dog has a well developed protective nature. The dog is friendly with its family but it is wary of strangers. This breed may not have a vicious temperament but its will not let intruders enter the home. A Basque Shepherd Dog is an intelligent breed. Obedience training should not be a problem as these dogs are fast learners. However, these dogs do have an independent nature. The dogs manifest a take charge attitude when working. The dog has a know it all attitude as well and would be bored with repetitive exercises. The Basque Shepherd Dog is not a good choice for a novice dog owner. This dog can be trained but the owner must manifest authority and dominance over the dog.

The Basque Shepherd Dog is an athletic breed. A dog that is kept solely as a pet must have opportunities to expend its excess energies. This dog would do well in country homes where the dog will have ample room to run and play. A Basque Shepherd dog that does not have enough exercise will be a destructive dog that can dig tunnels in a matter of minutes, destroy property by chewing and bark incessantly to gain the attention of the owners. This dog though would need very little maintenance. The dog does not require professional grooming as regular brushing will enough to maintain the good condition of the coat. Frequent bathing is usually avoided so as not to dry out the natural oils of the skin.

The Basque Shepherd Dog is an ancient breed. The speculation that this herding dog has existed in the 17th century was supported by prehistoric cave drawings. Dogs of similar appearance working with herders were also depicted in drawings and paintings from the middle ages. The dog is believed to be one of the most ancient breeds in the regions that are commonly known as Basque country. It was speculated that this breed has descended from ancient Central European shepherd dogs. All throughout its history, these dogs have been utilized to herd and to drive cattle and sheep. These dogs have been the loyal companions and the dependable working dogs of the Basque people. It is believed that Australian Shepherd has developed from these ancient breed of herding dogs. The dogs were purportedly brought by the Basque shepherds that came to Australia from the Basque regions of Spain. This breed is otherwise known as Euskal artzain txakurra as it was originally developed in the Euskalerria region of Spain. This herding breed was originally divided into two subgroups – the Gorbekoas and the lletsuas. This outstanding herding and companion dog is considered to be a rare breed. The Basque Shepherd Dog is not recognized by any major kennel club.