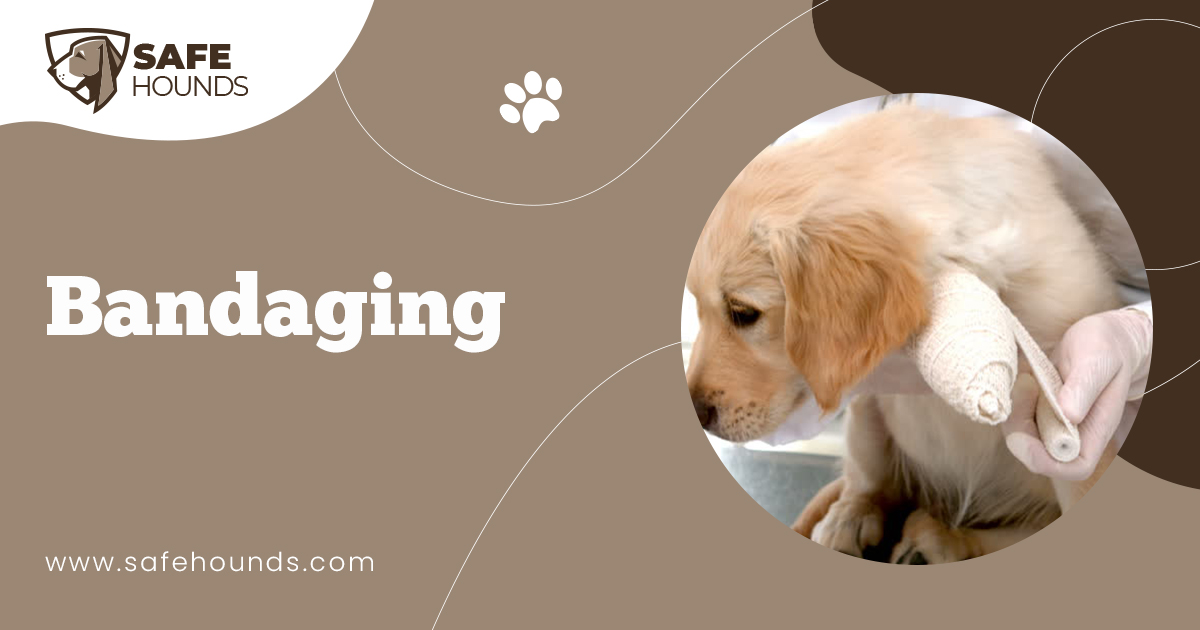 Pet owners can never be too careful accidents still happen to the beloved pets. It would be fortunate if a veterinary facility is nearby as appropriate medical attention will be given to the injured pet at once. But if you have taken the dog hiking or camping and an accident happened, it pays to know what must be done to help the pet. Bleeding must be stemmed and fractures stabilized. These are temporary but nonetheless very important measures that can mean saving the life of the pet until a vet can be reached.

Bandaging an injured dog can be a daunting task for most pet owners. Obviously, adhesive bandages will not do for our furry friends. Another concern is that the dog may not want to keep the bandage. The dog would pull and bite in an effort to remove the bandage. The following are tips on how to bandage the injured dog easily:

Head wounds bleed profusely. A head wrap is necessary to stop the bleeding.

Leg bandages are often done to reduce bleeding from a leg wound. It is also used to stabilize a fracture.

Fractured bones below the elbows must be supported with splints. Splints are only best for front legs. Due to the normal position of the rear legs, applying splints must be done with care so as not to cause more harm.

Ear wounds are often sustained by the dog during dog fights. Ear wounds bleed profusely. The pain causes the dog to continuously shake the head preventing the blood from clotting. Bandaging the ear wound is necessary to stem the flow of blood.

The tail is oftentimes the hardest part of a dogs body to bandage. A bandage that is not done the correct way would constantly slip-off due the dogs inherent behavior of wagging its tail. Tail bandaging however, is necessary when the tail is wounded. Bandaging is also necessary if a surgical procedure is done on the dogs tail. Whether post operative or wounded. A tail should be bandaged to avoid the splattering of blood every time the tail is wagged. Bandaging will also prevent infection.

This is most commonly used on dogs with bushy tails where using adhesive tape can be difficult.

This method is used on dogs with short or stumpy tails.

Obviously, dogs can not take care of their injuries. It would be up to the pet owner to ensure that the bandage is not too tight and is still at the right place. A dog that does not want to be encumbered by a bandage will chew, pull and bite. This can be avoided by spraying the bandage with bitter apple. Another option is to let the dog wear an Elizabethan collar.

The bandage must be kept dry and clean. An empty plastic bread bag will keep the bandage dry. Even if the ground is dry, the pet may wet the bandage when it urinates. The plastic however, must not be left on the leg of the dog for a long time. Aside from suffocating the leg it will create a sweat wrap that will wet the bandage.

Check the bandage often. Dogs are naturally active and agile. The bandage can slip. This is most common when the bandaged area is narrower on one end. If the bandage slipped, it can abrade or chaff the wound. Change the bandage if this happens.