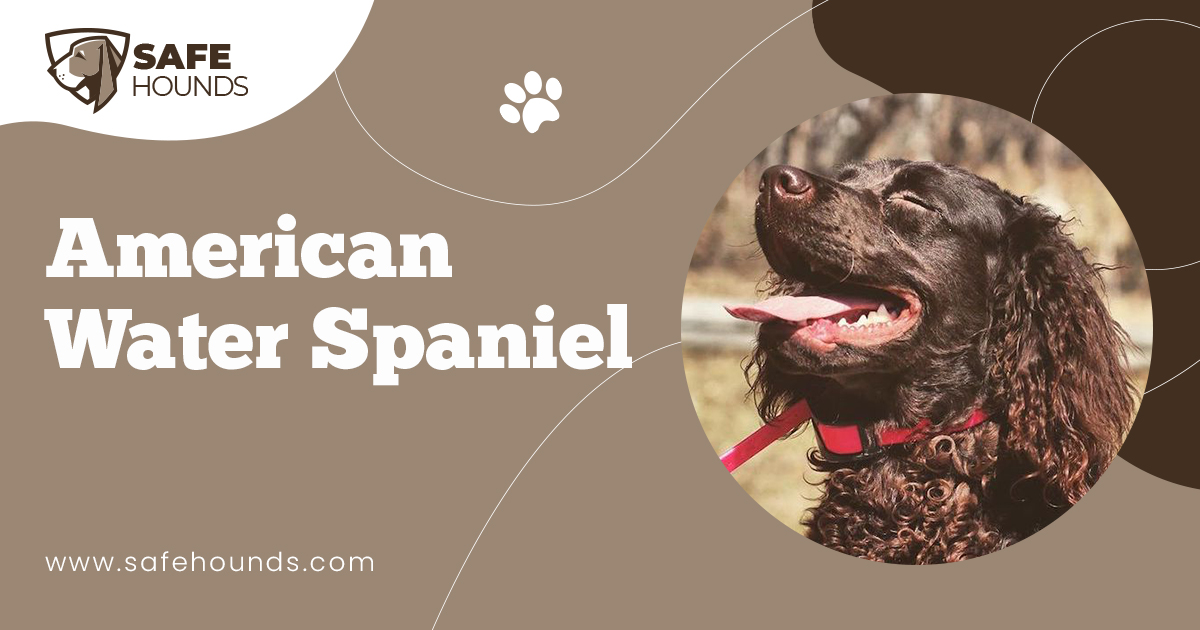 The American Water Spaniel is similar to other spaniels at least in their temperament. They are beautiful dogs that are happy, pleasant, calm, persuasive, and quiet the majority of the time.

They are excellent with children and love to be loved. They do not mind having children crawl all over them and pretty much treat them as they would their own pups at least until the children grow up. However, the have a tendency to snap if startled or if discipline is harsh. They listen and are easily trainable as long as the training is done in a quiet and calm manner.

The American Water Spaniel is very intelligent, eager to please, and very friendly. They have lots of energy and love to hunt. However, if they are allowed, they will enjoy climbing up on your lap on the couch and taking a nap.

No matter, the origin, the American Water Spaniel is a wonderful breed whether for hunting or for a loving pet. This breed does have a mind of their mind, but can be trained very easily as long as the training varies. The same humdrum routine will put your Water Spaniel into boredom and he not want to train. He loves variety and playful activity whether in the form of hunting and retrieving or jumping and retrieving a Frisbee. They can play alone however, they do not like to be left alone for long periods of time, since they desire companionship with humans.

The American Water Spaniel is brown, liver, or dark chocolate, the coat ranges from curly to uniform waves. The waves and curls can vary from dog to dog or from one area to another on the same dog.

The American Water Spaniel has two coats, the undercoat provides protection against water and weather and is not real soft or real coarse.

Both male and female American Water Spaniels are between 15 and 18 inches in height, while the females should weigh around 25 to 40 pounds and the males around 30 to 45 pounds.

The head should be proportion with the overall dog and is of moderate length. The expression is normally alert, smart, self-confident, and striking. The eyes are set quite a bit apart and being a bit rounded, however, not bulging. The eyelids of the American Water Spaniel unlike other spaniel breeds do not droop and is tight. The color of the eyes can be light yellowish brown, brown, hazel, or any dark tone to match with their coat. Some may even have yellow eyes, which resemble the color of a lemon. The ears are set just above the line of the eye but not high on their head. They are long, lobular, and broad with the leather going all the way to the nose.

The American Water Spaniel muzzle is of moderate size, which is square. The lips are tight and clean without any excess skin. Their nose is black or dark brown and is wide with well-developed nostrils for good scenting power for hunting. The bite can be level or scissor.

The American Water Spaniel is an enthusiastic, friendly, and intelligent breed of dog that is eager to please. Whether out on a hunt or lightheartedly playing with the family he will enjoy every minute of activity.

This breed of dog is great with children and is not the type of dog to bit unless when startled or insensitively disciplined. He is faithful and loyal to his family. He is playful, energetic, and desires to please his master.

They do tend to be a bit standoffish which can turn into a shy or suspicious pet if they do not receive another exposure to people and a variety of unusual sounds. The American Water Spaniel craves companionship and should not be left alone for hours at a time. This can turn your loving dog into a barking, chewing, and mischievous one.

The American Water Spaniel does well living indoors even in an apartment setting, however, he does require lots of attention and lots of physical exercise. He will need a medium sized yard in which to romp and play, remember he is a hunter at heart.

He will need to have his coat brushed twice per week because he does have an oily coat. However, bathing should only be done as needed since the oil protects the skin. With too many baths, his skin can become dry. The American Water Spaniel is a light shedder.

All Spaniels can have problems with their ears, if they are not cleaned properly. You should wash the interior of their ears weekly and keep them free from hair.

Remember, the American Water Spaniel needs companionship, when left alone too much they can develop separation anxiety and can become destructive.

This breed was originally developed as a hunting dog. Hunters had the desire to create a dog that could function on land, in the marshes, and could fit into a canoe easily without taking up the majority of the room. The popularity of the breed was seen throughout the states with hunters.

The popularity of the American Water Spaniel peaked in the 1920s and 1930s and then their history is left out. Not too much is mentioned about this adorable companionship dog.

Many of the American Water Spaniels are still not being registered today, however, if you are searching for a great family companion or hunting dog, then this is a great breed to investigate.