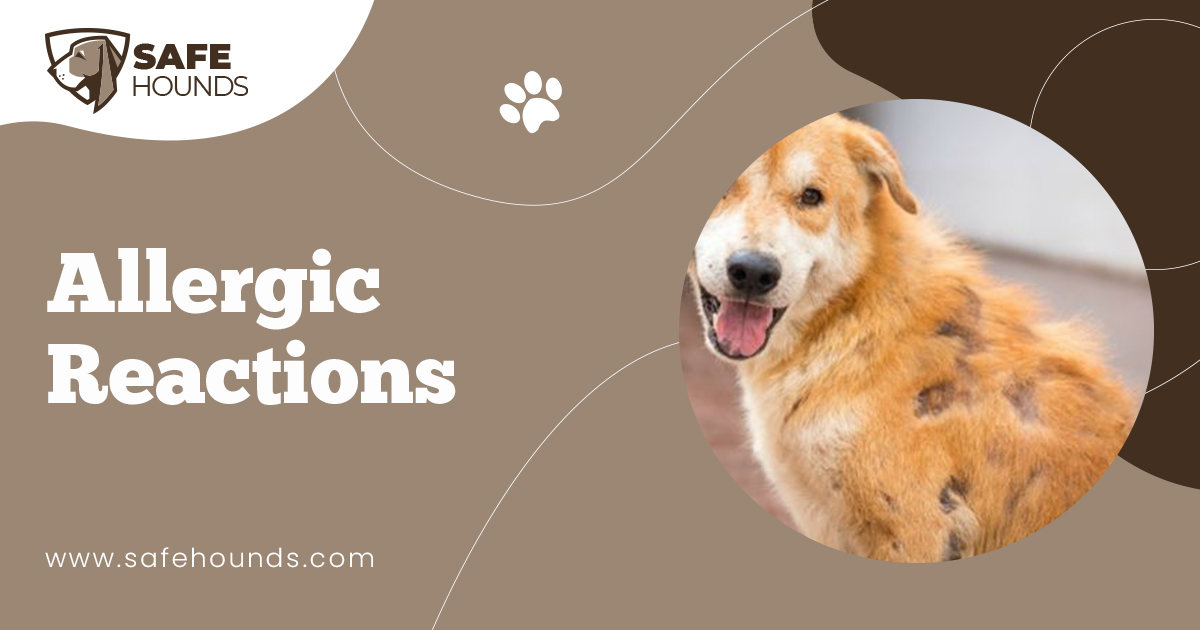 Allergic reaction in dogs is not a flippant matter. Like humans dogs suffer from allergic reactions too. Unfortunately, unlike humans dogs do not have the capacity to discern the cause of their allergies thus they end up suffering from itchiness and from swollen faces over and over again. . It is therefore the responsibility of the owner to discover the cause of the allergic reactions and to ensure that the pet is kept away from these allergens. Detecting the allergens that causes the discomfort of the dog may be challenging and difficult but it is not impossible. This could eat a lot of the owners time as the dog has to be closely monitored.

Allergic reaction in dogs is often caused by vaccines. Insect stings could also cause an allergic reaction. Some dog food contains ingredients and preservatives that would cause food allergies. The dog may inhale pollen, dander, molds and dust. Likewise the dog may be hypersensitive to animal wastes, mites and even to sunlight.

Urticaria and angioedema are moderate allergic reactions that is non-life threatening. Both allergic reactions often resolve by themselves. Urticaria is marked by extremely itchy hives or wheals. Oftentimes the hair would stand up over these wheals. Angioedema is the swelling of the face that is a result of severe itching. The muzzle, the lips and the eyes would be swollen. Dogs suffering from severe angioedema are unable to open their eyes. Dogs would show symptoms of urticaria and angioedema about 20 minutes after being exposed to substances they are allergic to.

Anaphylaxis is a sudden and severe allergic reaction that should be considered as an emergency situation as this can cause the dogs demise if treatment is not given at once. Fortunately, anaphylaxis occurs rarely. Similar to urticaria and angioedema, anaphylaxis is also caused by vaccines, insect stings, antibiotics and certain medications as well as foods with ingredients and preservatives that are not tolerated by the dogs system. The difference though is that the dog would have a severe reaction to these allergens so that the dog may vomit and diarrhea may suddenly start too. The dog would have very pale gums and cold limbs. Although the dogs heart rate is very fast, the pulse would be very weak. In severe cases of anaphylaxis, the dogs blood pressure will drop rapidly; airway would be obstructed because of swollen larynx. Shock, seizure and coma may lead to the dogs death

If the dog has an allergic reaction to an antibiotic make sure that the vet knows about it. Some vaccines contain antibiotics. Always make sure the vaccine does not contain the antibiotic your dog is allergic to. If you are vaccinating your pet for the first time make sure to have an epinephrine ready just in case the pet has an allergic reaction to the vaccine. If your pet is allergic to insect bites, always take an epi-pen with you every time to take your do hunting or hiking. This single dose of epinephrine may save your pets life.

Urticaria and angioedema are mild allergic reactions that are often times gone after a while without any treatment. Antihistamines may be administered and if the allergic reaction is severe the dog may be given steroids.

A dog with an anaphylactic reaction must be taken to the vet at once. A few minutes delay could mean losing the life of the dog. Epinephrine may be administered as well as other life supports like oxygen and IV fluids. If the airway is obstructed, the vet would have to establish an open airway.