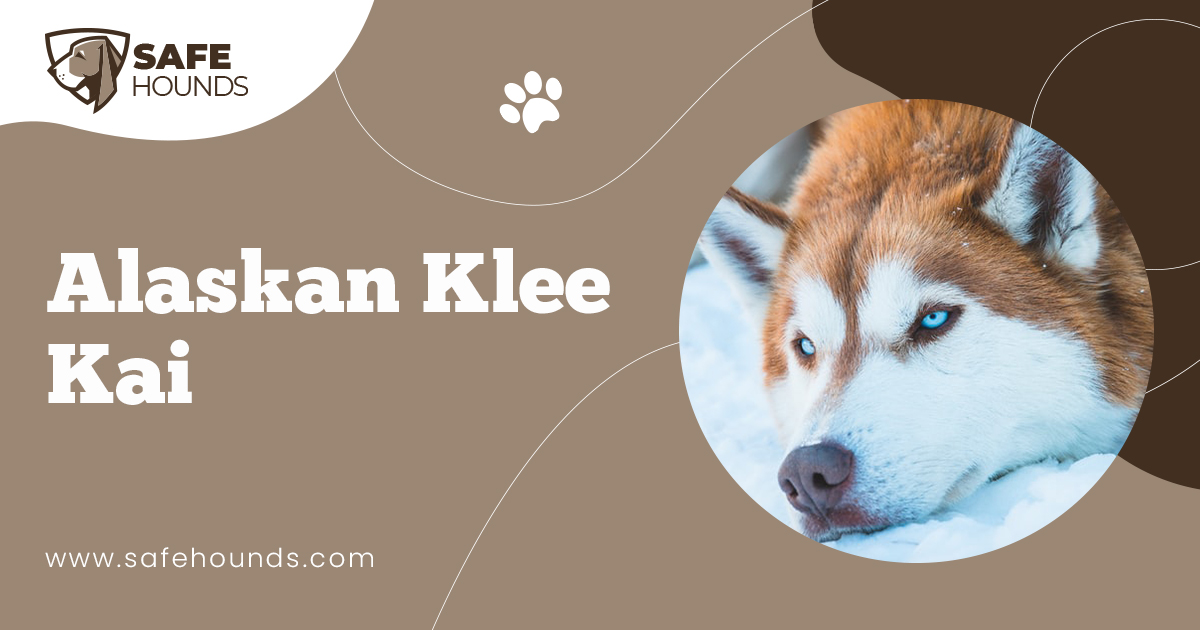 This Alaskan Klee Kai is a fairly new breed. This small dog was developed in the early 1970s in Wasilla, Alaska by Linda S. Spurlin. The Alaskan Klee Kai is a spitz type northern breed of dog. This breed is the companion sized version of the Alaskan Husky. Klee Kai in the native Eskimo language means little dog. A fully grown Alaskan Klee Kai in fact is often mistaken for a Siberian Husky or Alaskan Husky puppy. This breed comes in three different sizes – standard (23 lbs.), miniature (15 lbs.) and the toy (under 10 lbs.) This breed was specifically developed to be a lap-sized or a companion sized husky. Alaskan Huskies played an important role in the history of Alaska. These dogs are acclaimed worldwide for their endurance, strength and speed which make them excel in world class sled racing events. Alaskan Huskies would make wonderful companions for a person that can at least replicate the activities and the natural habitat the dog is accustomed to. Dog lovers may dream of having an Alaskan Husky but the living conditions and the time needed to devote for the care of the dog prevents them from getting one. The Alaskan Klee Kai is heaven sent for these people. Because of the miniature size, the dog would not need too much space unlike their big cousins. These dogs would do well in apartment building even without a yard. Despite their size, these dogs have the strength of the Siberian and the Alaskan Husky. The dog may be small but they do have the big voice of their cousins. These Mini Huskies will not fail to intimidate would be intruders with their voice. These are very clean dogs. Alaskan Klee Kai does not have a doggy odor. These dogs are often seen cleaning themselves. What can a dog owner ask for more?

The Alaskan Klee Kai is a breed of dog that reflects its northern breed heritage although in a downsized version. The Siberian Husky and the Alaskan Husky comprise the major part of the genetic make up of this breed thus it is expected that the breed would be the smaller version of the aforementioned northern breeds. This miniature breed though looks more like a Siberian Husky than an Alaskan Husky. The head of a Klee Klai is proportionate to the size of its body. The head is free of wrinkles. The skull is rather broad and slightly domed. The muzzle tapers to a black nose. Red and white coated individuals may have liver colored noses. Tightly closed lips are usually black in color. Medium sized almond shaped eyes are set obliquely. The eyes of a Klee Kai can be of any color. The dog may even have eyes with different color combinations. Triangular well furred ears are pricked and point upwards.

The length of an Alaskan Klee Kais body is slightly longer than the height. The dog has a level topline, a moderately broad chest that reaches the level of the elbows and a slightly tucked up belly. The Medium length neck is arched and carried slightly forward when the dog is trotting. Well furred tail is set on below the level of the topline. When relaxed, the tail usually hangs down on the side of the body. On the move, the tail forms a loose curl and falls above the back.

A double coat gives the dog a well furred appearance. However, the coat is not excessively long to hide the natural form of the dog. Hair on the neck forms a ruff, the tail is well covered with hair too. The base and the underside of the tail are covered with longer hair. Any coat color is acceptable for this breed. An Alaskan Klee Klai may have a mask and symmetrical markings.

Very curious, intelligent, active, loving These best describe the Alaskan Klee Kai. This breed that was purposely developed to be a companion is indeed an ideal one. A Klee Kai quickly adapts to the situation of being made a part of the family. These dogs get easily committed to their owners. An Alaskan Klee Kai would love being made a part of all the family activities. These adorable and confident dogs are real show stoppers. They would love all the attention given to them. This breed is gentle and patient with children and also with other pets of the family. However, the dog is reserve with strangers standoffish and suspicious. This is the reason why they make excellent watch dogs. Because of the small size, the dog would do well in an apartment. However, these dogs are energetic too. A home with a yard would be a better living condition for this breed.

The long thick coat of an Alaskan Klee Klai would need regular brushing as it is prone to form mats and tangles. This is a double coated breed. They blow their undercoats heavily twice a year. Large clumps of hair would be shed. During this time, the dog would need to be brushed more frequently to speed up the shedding process and also to lessen the amount of dog hair inside the home. This breed does not need frequent bathing especially when they are shedding. The dirt naturally comes off with the hair.

The Alaskan Klee Kai is one of the newest additions to the world of dogs. This dog breed was developed in the 70s by Linda S. Spurlin of Wasilla, Alaska using the Alaskan Husky and the Siberian Husky as foundation stocks. The Alaskan Klee Kai is the miniature version of these two breeds. Other breed of smaller dogs with the same conformation was added to the gene pool to prevent original stock from developing dwarfism. From the early 70s when the program was started, the Spurlins have continued the careful selection of dogs that would fit the appearance and soundness they have set. In 1988, Alaskan Klee Kai was made available to other dog lovers when the breed was fully recognized by the Federation of International Canines, by the American Rare Breed Association, the Canine Rarity Show and by the Alaskan Klee Kai Association of America. In 1990, the Klee Kai of Alaska was formed with the goal of setting the breed standard. In January 1995, Linda S. Spurlin retired from her post as the President of the Board of Directors. Her remaining stocks were sold to Eileeen Gregory of Peyton, Colorado. When the offices and the registry were transferred to Colorado, a vote was made to change the name of the breed form Klee Kai of Alaska to Alaskan Klee Kai. The Alaskan Klee Kai is still considered to be a rare breed but with the dedication of the Board of Directors and the continuing work of the breeders and the dog owners, a structurally sound and healthy breed of Alaskan Klee Kais will be assured.