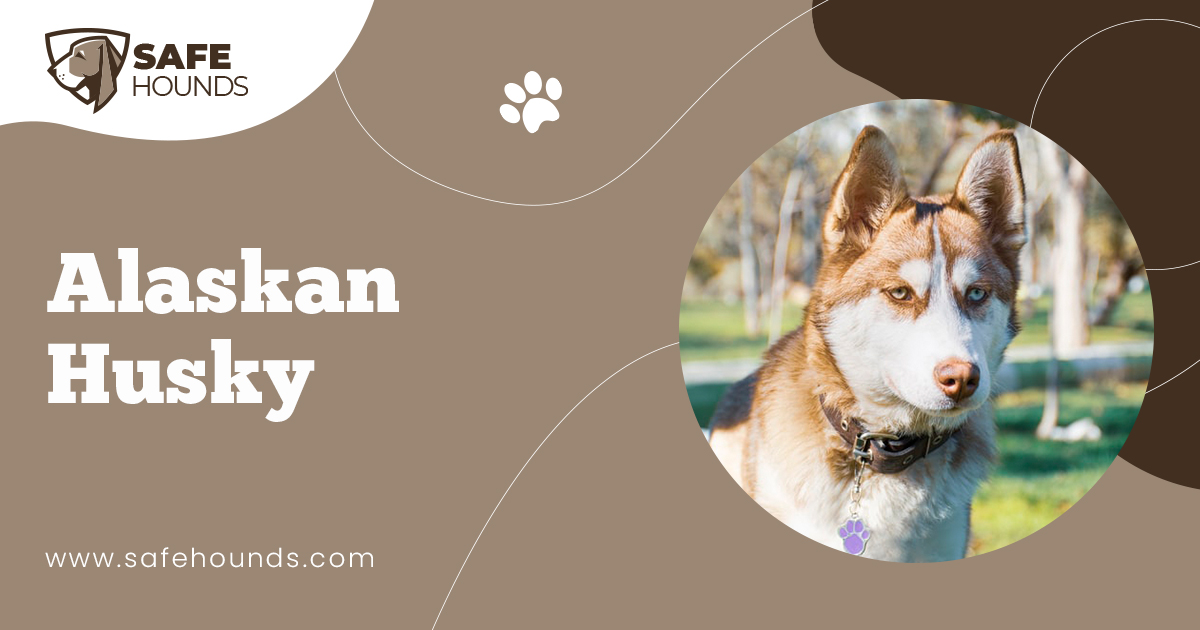 Alaskan Huskies were once prevalent in northern villages. These dogs were utilized as draft and sled dogs. In later years, these dogs are commonly seen in racing events. This type of dogs bagged recognitions and was acclaimed for their sheer racing speed. Because of their performance in world class racing events, an Alaskan Husky lead dog can be priced at $10,000 to 15,000. These dogs are highly valued for their strength and endurance. These dogs can run for 20 to 30 miles each day at the speed of 19 miles per hour. Alaskan Huskies that somehow do not meet the racing performance standards are still allowed to run as running is what the dog was primarily developed for. These Alaskan Huskies are commonly utilized in dog sledding adventures.

Alaskan Husky is not actually a breed of dog. This is a group of dog that was categorized by the function they perform. Apart from the absence of a distinct type, the ancestry of this dog type is not restricted. Breeders give more importance to the development of a highly efficient sled dog. Type specialization though does exist. The Alaskan Husky can be classified as freight dog, as distance Alaskans where the dog would lead a team of sled dogs and as sprinting Alaskans where the dog participates in running and beauty competitions.

The Siberian Husky form a major part of the Alaskans genetic mix thus the dog is very similar in appearance to the Siberian Husky. Alaskan Huskies though are leaner and larger than Siberian Huskies. They also have longer and more muscular legs. The short to medium coat of an Alaskan is not as dense as what other northern breeds have. This is the result of crossing with other breeds. Alaskan Huskies are continuously crossed with other breeds to gain the specific qualities a Musher needs. This is basically one of the reasons why the dog is not considered to be a breed. Breed standard is hard to establish.

The Alaskan Husky is a mixed breed. The Siberian Husky and other northern breeds predominate in the gene pool of this dog type. Pointers, foxhounds, greyhounds and many other dog breeds contribute to the genetic make up of an Alaskan Husky. This dog is therefore expected to have a variable appearance.

Basically, these dogs are medium in size. A male could weigh from 46 to 52 pounds. A females weight is from 38 to 42 pounds. Alaskan Huskies are taller and leggier than Siberian Huskies. They also have a more pronounced tuck up. Breeders or mushers are totally indifferent to the appearance of the dog. What is important is the speed, the stamina and the endurance of the dog. Thus, any canine coat color and markings would be possible. The eyes can be of any color although brown eyes are most common. Coats are short to medium in length. Coats are less dense that the coats of other purebred northern dogs. Mushers would usually equip the dog with belly protectors or dog coats when competing in long distance races.

An Alaskan Husky is a cheerful, gentle and playful dog that forms a strong attachment to its family. These dogs have a lot of energy. They retain their puppy-like attitude even when they mature. This is why these dogs make wonderful pets and playmates of the children. These dogs are very friendly to strangers and to other animals thus they make poor guard dogs. An Alaskan Husky makes a wonderful jogging, hiking companion but the dog would need plenty of companionship too. Alaskans are accustomed to working in packs. The dog would need canine companionship. It is not advisable for single dog households. The dog will be bored and lonely. Bored Alaskan Huskies would be very destructive dogs. The dog would howl and dig tunnels. These dogs are accustomed to working thus they would need opportunities to exercise. The dog would do well in a home with a fair sized well fenced yard. This is an intelligent breed. House breaking will not be a problem. These dogs though are noted to have a mind of their own. In short the dog has a stubborn streak. An owner of this dog must be able to manifest his status as the leader of the pack or else the dog will be a mischievous and willful pet.

The dog sheds heavily twice a year. During the shedding season the dog would need to be brushed with a firm bristled brush everyday. This will accelerated the shedding process and lessen the dog shedding inside the house.

Alaskan Huskies run they are happiest when they are running as running is what these dogs were bred to do. Alaskan Huskies are sled dogs. These dogs pull sleds, they pull freight and people. The Alaskans were considered to be the dog of choice for world class competitions for dog sled racing. Teams of Alaskan Huskies have won in the prestigious speed racing events in Alaska. This feat was unmatched by purebred northern breeds. So what makes a dog an excellent sled dog? First off, the dog has to have the ideal weight of 45 to 55 pounds. Anything over these figures would require too much effort on the muscles during long distance runs. The dog has to have a thick coat that will allow the dog to sleep comfortably on hard packed snow. The thick coat will also allow the dog to weather the extremely cold temperatures. The dog has to have durable feet with good pad and webbing to allow maximum mobility in deep snow. The dog has to be able to eat its meal quickly and to be instantly ready for action. Most importantly the dog has to have an inherent desire to run and to be extremely fast, strong and have excellent stamina. These requirements would be a tall order for any particular breed of dog. A breed may have one or two of the desirable qualities but it would be impossible to have all these traits in one breed. Thus the Alaskan Husky was developed a dog that manifests all the outstanding qualities of its ancestors.

The Alaskan Husky is not a breed of dog. It fails from being considered a breed as there were no restrictions set for its ancestry. The Alaskan Husky was not developed from specific breeds of dogs but rather it resulted from a combination of several breeds of working dogs that includes pointers, hounds and many other breeds. It was even speculated that tamed wolves were included in the list of ancestors of this dog type. Other ancestors of the Alaskans are military dogs and dogs brought by shipping boats. Unlike other breeding programs that give importance to the bloodlines and to the appearance in order to fit kennel club requirements, the development of the Alaskan Husky was centered on creating a dog with notable speed, strength and endurance. Alaskan can be considered to be technically pedigreed but these dogs are not purebred. This is the reason why this dog type is not registered with AKC or CKC given that up to the present, these dogs are still crossed with northern dogs and other breeds of dogs for the purpose of developing the best working dog. Nobody was really certain when the development of the Alaskan Husky started. It was speculated that the development started during the Gold Rush in the late 19th century. The miners have used large dogs, obviously with St. Bernard ancestry to pull sleds. After the importation of dogs from the Bering Strait in Siberia in 1908, the Alaskan sled dogs radically changed into smaller and light weight dogs with greater speed. Utilization of these dogs as draft dogs became less common with the introduction of motorized winter transport. Population of Alaskan Huskies in northern villages dwindled. Interest for the Alaskans was revived in 1970s through the efforts of George Atlla. Many sled racing dogs today can trace their ancestry to the Attla dogs. Although attempts to establish a registry for these dogs were made, the attempts did not receive widespread support from breeders. Breeders are hesitant to place form over the function for fear of losing the dogs working qualities.